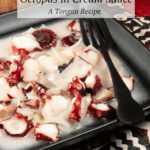 Lo’i Feke (Octopus in Cream Sauce)  is a super simple Tongan recipe with only three ingredients. They are octopus, onion, and thick coconut cream. 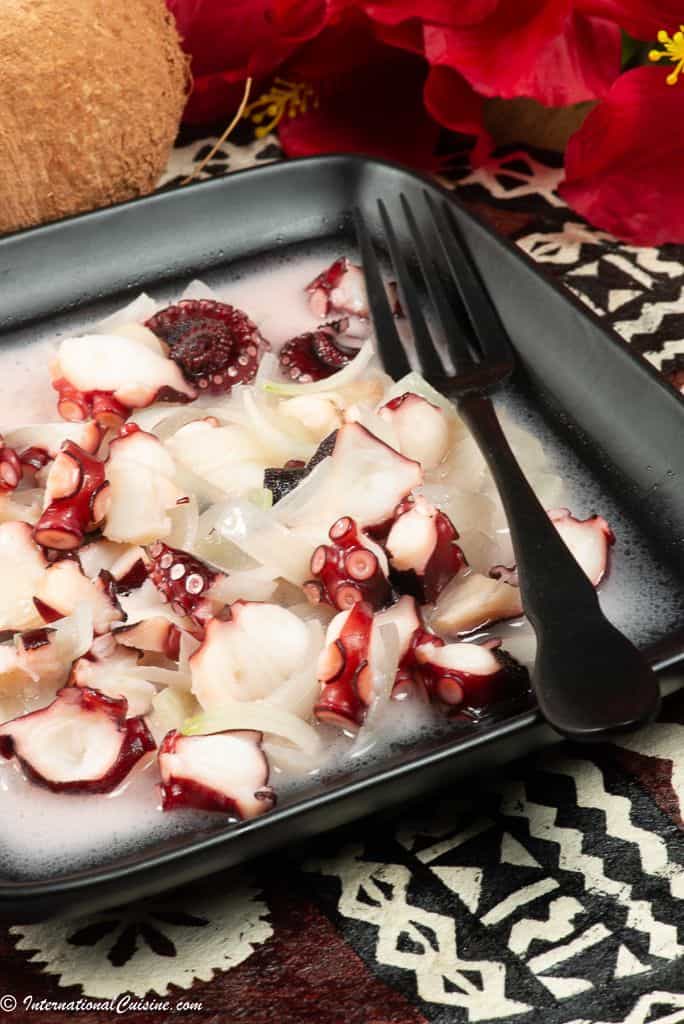 For this recipe it is important to use a thick coconut cream versus coconut milk to get that creamy sauce.

The recipe also calls for frozen octopus which is how most of us find octopus in the market but interestingly some cultures believe that freezing octopus actually helps with the tenderizing process of octopus.

When you cook the octopus from frozen,  first defrost it and then you simply cook it until all the liquid evaporates. I cooked it one time this way, in a little village in Jambiani on the island of Zanzibar and it was delicious.

Most octopus recipes I have made in the past, I boiled it and sometimes used a cork in the water to help with tenderizing.

I am curious how you might cook octopus to get it tender?

Traditionally in Tongan cuisine they would cook in an earth oven (underground oven) called an “umu” but now they have more western ways of cooking,

To serve this why not get some banana leaves and make placemats out of them for a true south pacific island feel.

If you would like to learn more about the bucolic country of Tonga, its traditions, traditional foods and culture be sure to check out “Our Journey to Tonga” there you will also find more authentic and ancestral Tongan recipes like this popular Octopus dish. 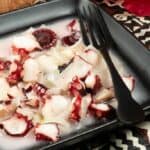