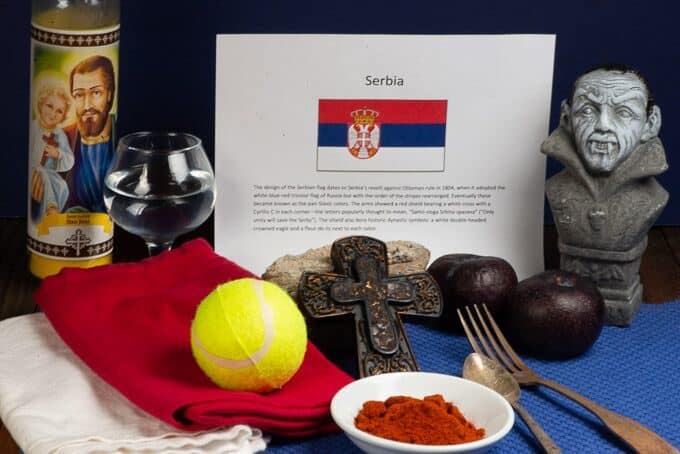 How did Serbia get its name?

Where is Serbia located?

Serbia is a Balkan nation located at the crossroads of central and southeastern Europe.  Serbia sits on the southern Pannonian Plain, known for its thriving agriculture, which accounts for nearly 60 percent of the land.  It is also home to mountains and forests.

It was once the core of the much larger territory of Yugoslavia.  However, today it is landlocked, surrounded by eight neighbors, with which they still hold a few land disputes.  Serbia’s neighbors are: Hungary to the north, Romania to the northeast,  Bulgaria to the southeast, Macedonia is south, Croatia and Bosnia and Herzegovina  lie to the west and Montenegro to the southwest.  Serbia also claims a border with Albania, through the disputed territory of Kosovo.

The Danube River, the second largest in Europe, passes through Serbia and is an important fresh water resource for the country.  Serbia  is also the home of Europe’s largest gorge; the Derdap Gorge, through which the mighty Danube flows.  The capital city is Belgrade and it is one of the oldest and largest cities of southeastern Europe.  It is a lively capital city and known for its party atmosphere.

A Brief History of Serbia

Serbia has been inhabited since the Paleolithic Age.  By the sixth century, several regional states were established by Slavic migrations.  It was part of numerous kingdoms such as: the Byzantine, Frankish and Hungarian Kingdoms.  In 1217 the Serbian Kingdom was recognized by Constantinople, until its fall in 1346.

During the 16th century the entirety of Serbia had been annexed by the Ottomans, with a few interruptions by the Hapsburg Empire.  In the early 19th century, Serbia became a nation-state, following the Serbian Revolution and was the region’s first constitutional monarchy.

The assassination of Archduke Franz Ferdinand of Austria on June 28, 1914 in Sarajevo, by a Serbian member of the Young Bosnia Organization, led to Austria-Hungary declaring war on Serbia.  This is considered to be the start of World War I.  Serbia suffered mass casualties during the war with estimates as high as ¼ of the population at large and 57% of the male population.

In 1929 King Alexander, the son of King Peter, established a dictatorship and changed the name of the country to Yugoslavia.  In 1941, Yugoslavia, which tried to remain neutral in World War II, was invaded by the Axis powers.  During this time, hundreds of thousands of ethnic Serbs fled the Axis puppet state, known as “The Independent State of Croatia” and sought refuge in the German occupied Serbia.

Historians estimate that there were over one million war related deaths in Yugoslavia.  The Ustase regime (The Croatian Revolutionary Movement) was accused of systematically murdering somewhere between 300,000 and 500,000 Serbs. This mass killing of Serbs, Jews and Romas, was considered genocide.

After the war, Yugoslavia became a one party state known as, “The Communist Party of Yugoslavia.”  Tito ruled there for nearly four and a half decades.  Eventually, due to ethnic tensions and wars, Yugoslavia broke up.  After many changes in leadership and rule, Serbia finally gained independence, (even as the last holdout of what was known as Yugoslavia,) on June 5, 2006.

Today Serbia is a parliamentary republic, and they are trying to become part of the European Union.   In 2008 Kosovo declared independence from Serbia, although the government of Serbia does not recognize the declaration.

Serbia is home to just over seven million people, which includes the autonomous region of Vojvodina, but not the population of Kosovo.  The ethnic makeup of the country, over 80%, is nearly all Serbs.  The remainder are Hungarians, Romanis and Bosniaks.  The official language is Serbian, however other languages, such as Hungarian and Romani, are spoken.  There is now freedom of religion in the country, but most, (85%) are members of the Serbian Orthodox Church.  The next largest religious group is Roman Catholic and a minority of Serbs are Muslims and Jews.

Serbia, being at the crossroads of eastern and western halves of empires for centuries, has been greatly influenced by those cultures.  Serbia is believed to have provided nearly a fifth of the Roman Emperors, the most famous being Constantine the Great.  He is credited with the introduction of Eastern Christianity or Orthodoxy, in the early middle ages.  Serbia has five UNESCO world heritage sites, all of which are monasteries.   The most famous might be the Milesseva monastery, where the fresco known as the White Angel (1235) was chosen as the first satellite broadcast signal from Europe to America. It  was a symbol of peace.

Icons and fresco paintings are considered the best of Serbian art.  (Serbian art during the Ottoman occupation was non-existent.)  The country is still dotted with many well preserved castles, medieval fortifications and monasteries.  There are several important museums in Serbia, including the prominent National Museum of Serbia, founded in 1844, which houses very important Balkan works of art.

Pirot carpet is known as one of the most important traditional handicrafts in all of Serbia.  It is made in the town of Pirot, in southeastern Serbia.  It is considered to be a national symbol of Serbian culture and uses the skill of making rugs on a vertical loom.  Music, dance, theater and literature also play important roles in Serbia’s history and culture.

Serbian cuisine is influenced by the surrounding Balkan nations, especially those that were part of the former Yugoslavia.  These include a mixture of Byzantine-Greek, Mediterranean, Turkish and Oriental as well as Medieval Slavic influences.

Food preparation is a big part of Serbia’s family traditions.  Many items, such as rakija (their famous fruit brandy), jams, jellies, avjar, pickled foods and sausages, are all made at home.  They have several national dishes such as: gibanica, (an egg and cheese pie made with filo dough,) pljeskavica, (a ground beef and pork patty), karadordena snicla, (a schnitzel,) as well as cevapi, (grilled ground meat.)

Generally speaking, the cuisine is made up of rich meats, vegetables, breads, cheese, fresh pastries and desserts.  The flavors are generally mild, fresh and natural.  As Serbians love to eat fresh produce, the seasonality dictates what is on the menu.  The cuisine is typically only lightly seasoned with salt, pepper and paprika.  The national drink is the famous plum brandy, called sljivovica or their homemade rakija.    There is also a strong coffee culture.

So let’s enjoy a Serbian meal: 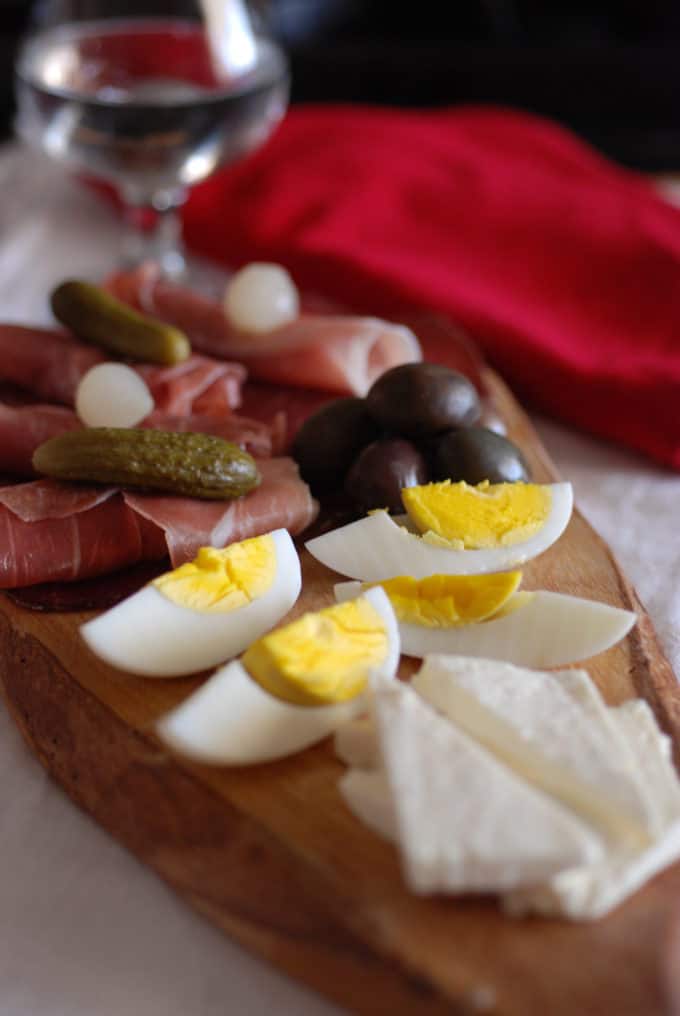 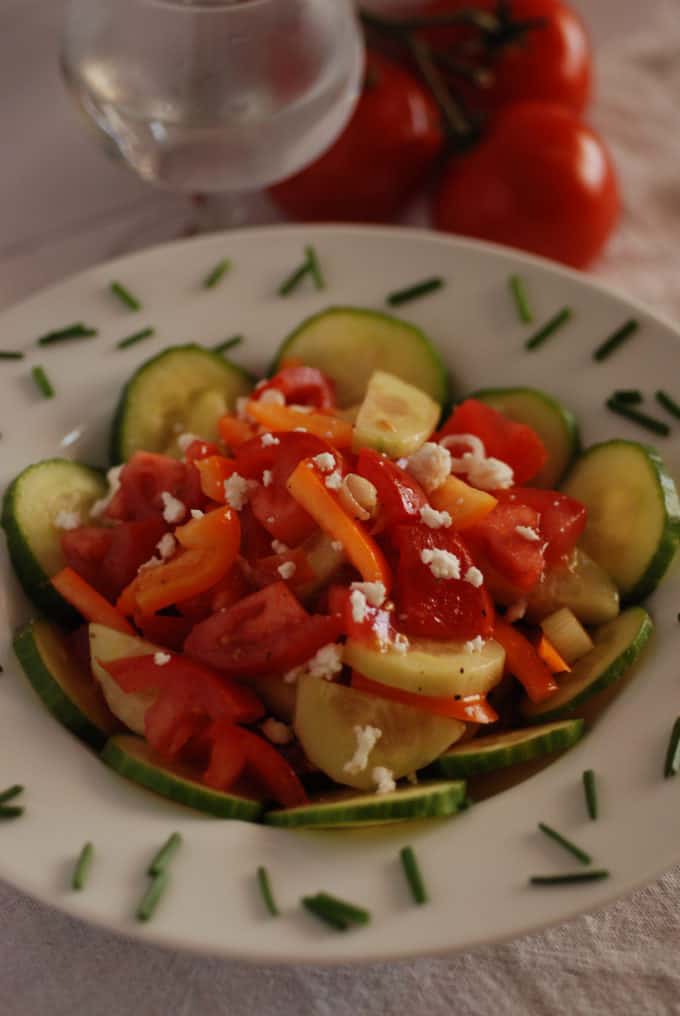 (Also called Ćevapčići, this is one of the national dishes of Serbia) 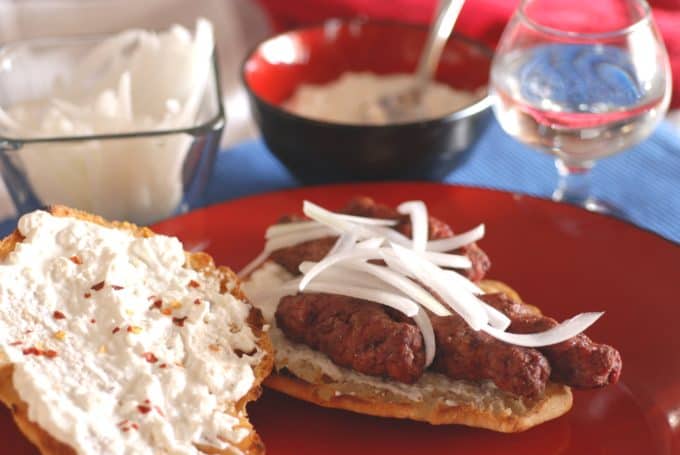 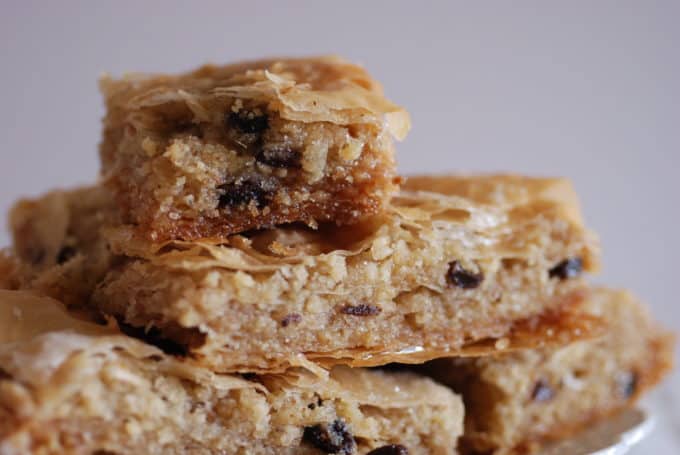 We began to set the scene with raspberries and plums, as Serbia is the second largest exporter of each.  Also a jar of paprika was added and a statue of a vampire, representing the two Serbian words that made it into the English language.  We set the table with gold silverware, as an old Serbian legend says that in the 14th century, meals in the Serbian palace were eaten with golden forks and spoons.  A cross was placed in the scene, to represent their Eastern Orthodox religion.  Finally, a tennis ball was added to represent the number one tennis player in the world; Novak Djokovic.  (Interestingly most Serbians last names end in “ic.”)

We began our meal with a toast, “Ziveli” which means, “Cheers” in Serbian.  It was accompanied by music, laughter and the clinking of glasses filled with plum brandy.  We enjoyed the aperitif along with meze, which means “little bites” and is similar to an Italian antipasto.  Our meze consisted of prosciutto, cornichons, pickled onions, olives, hard-boiled eggs and feta cheese.  We love meze, it was the perfect appetizer.

Next, we enjoyed a typical Serbian salad that is also popular all over the region called, Šopska Salata.  This is a basic salad made with cucumber, tomato, bell pepper and onions and topped with Serbian white cheese.  It is dressed with a simple, sunflower oil and white vinegar dressing and garnished with chives.  Excellent.

For the main course we savored one of Serbia’s national dishes, Ćevapi u lepinja sa kajmakom (Kebabs in flat bread with kaymak).  Everything was made from scratch, from the bread, called lepinja, to the grilled meat kebabs that were ground using lamb, beef and pork.  I even made up my own version of kaymak, which is a creamy dairy product that you smother on top of the lepinja.   We loved it all!

For dessert, we had this walnut pie called Suva Pita sa Orasmima, which is similar to baklava.  It is a sweet bite of heaven made with ground walnuts, which Serbians consider an aphrodisiac.  We enjoyed the dessert with a strong cup of coffee to end our fantastic Serbian meal.

As we say goodbye to this intriguing country of Serbia, known for their hospitality,  I leave you with a  few Serbian proverbs:

The wound heals, the scar remains.

He who drinks on credit, gets drunk twice.

A good deed is the best form of prayer.

“Zbogom” which means, “Goodbye,” in Serbian.