Haitian pumpkin soup called soupe Joumou pronounced (joo-moo) or sometimes called Sunday soup signifies freedom to the Haitian people.  Every Haitian will eat this soup on Independence day because when Haiti was a French colony, the slaves were forbidden to eat pumpkin  soup. They were told they did not have a sophisticated enough palate for such pleasure.  Can you imagine?   Needless to say here is a recipe that is treasured throughout the country.  I made mine vegetarian and added a can of coconut milk as I served this still hearty soup as a starter for our International Cuisine meal.  The soup is  beautiful served up inside a pumpkin. Delicious, enjoy! 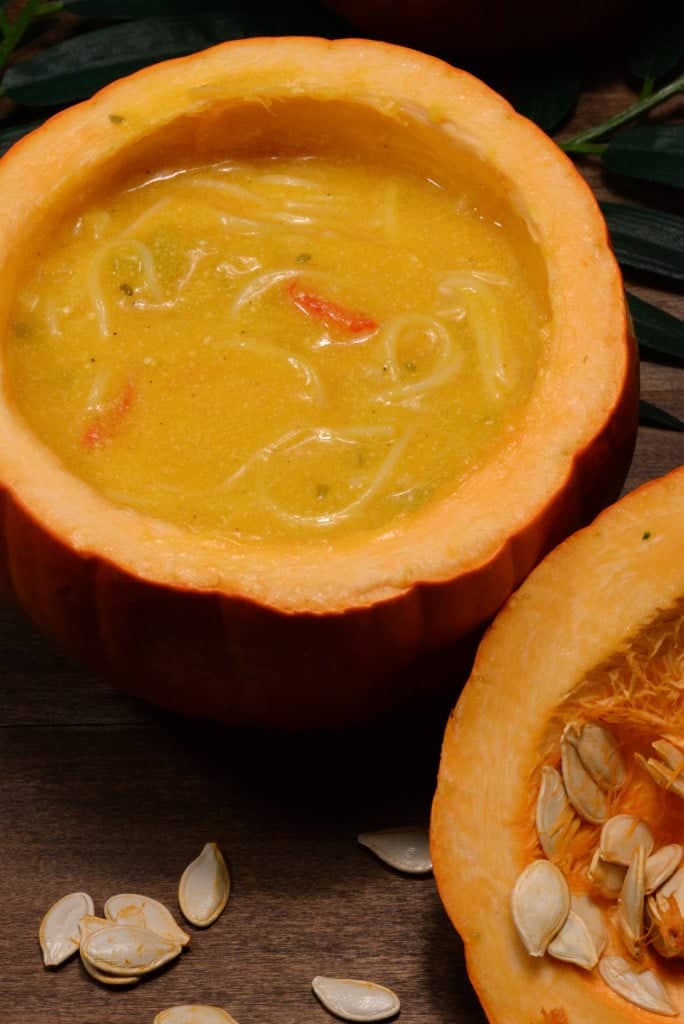 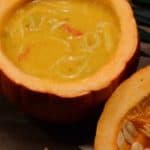