This week I am thrilled to welcome guest writer Eliot Beebe, who graciously shares his travels to India. Enjoy!

India. Just the name conjures up exotic images of snake charmers, women in brightly colored saris, Bollywood dancing and well... a whole lot of mystery. As a chronic sufferer of wanderlust, this was enough to convince me to book my ticket to the fabled country. I'll have to admit, I was a little nervous when I booked my flight. I've traveled quite a bit but I'd never been to a place quite so different and far from home, geographically speaking or culturally. The country itself is so vast with countless sub regions, climates and cultures. I wondered where to even start? I scoured over endless guide books and maps to create a feasible three week itinerary that I could roughly follow without losing my sanity. This was followed by some visa headaches and my first real taste of Indian culture. It was realizing that booking Indian trains while in America on their "user friendly" website, was about as easy as an unsolved, quantum physics equation.

Fast forward to three days of airports, layovers, turbulence and whiplash, inducing airplane landings. I finally stepped out of the main terminal in New Delhi to face an immediate truth... A trip to India is not so much traveling to a different time zone but feels more like teleporting to an alternate dimension. Culture shock seems too light of a term once you are introduced to the symphony of the chaotic noises, colors and smells of just a normal Indian street scene. Traveling through India is to leave behind everything you thought was safe, everything you thought was normal and to watch the walls of your comfort zones dissolve faster than you can say, "Namaste".

Just hopping in an Indian taxi can be an adventure all on its own. Don't forget to breathe while your driver overtakes Tuk Tuks, semi-trucks and occasional cows, as incense burns on his dashboard. My jaw muscles were sore from wincing in anticipation of collisions as our driver and everyone else on the road made seven lanes out of a two lane road.

Our first stop on the journey would be Varanasi; a three thousand year old city on the banks of the Ganges river. This is the most sacred place in the Hindu religion, where to die or be cremated here, is to escape the reincarnation cycle of death and rebirth and to pass on to Nirvana or heaven. The city is full of Indians from around the country on their pilgrimage to pay homage to the holy river or send off their loved ones to the other side. The windy, millennia, old maze like streets which were too narrow for vehicles to pass, twist though dark alleys and temples such that no matter how many times I walked, were just as confusing. Luckily we befriended a young man named Perkash, working at our hotel and hired him as our tour guide.

Perkash introduced me to my first real Indian dining experience. Following customs with no utensils and only eating with my right hand, proved difficult for my left handed brain. The first few attempts made such a mess you’d wonder if I even got any in my mouth. A few pointers from my new Indian friend got me breaking naan with one hand like a pro and figuring out just the right ratio of curry to rice so it would stick together like brick and mortar, perfect for delicious consumption. The great thing about Indian cuisine is every dish we ordered was a new wave of spices, colors and seasoning, unique to the region. I particularly took a liking to butter masala and still catch myself daydreaming about cleaning my bowl of the delicious curry with hot, garlic naan. 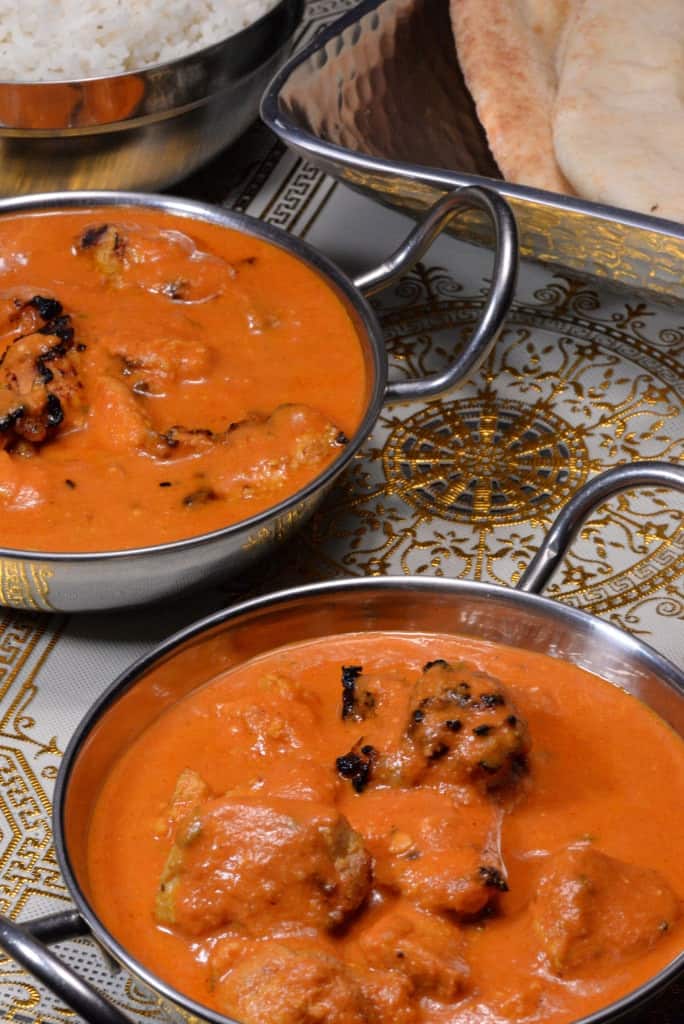 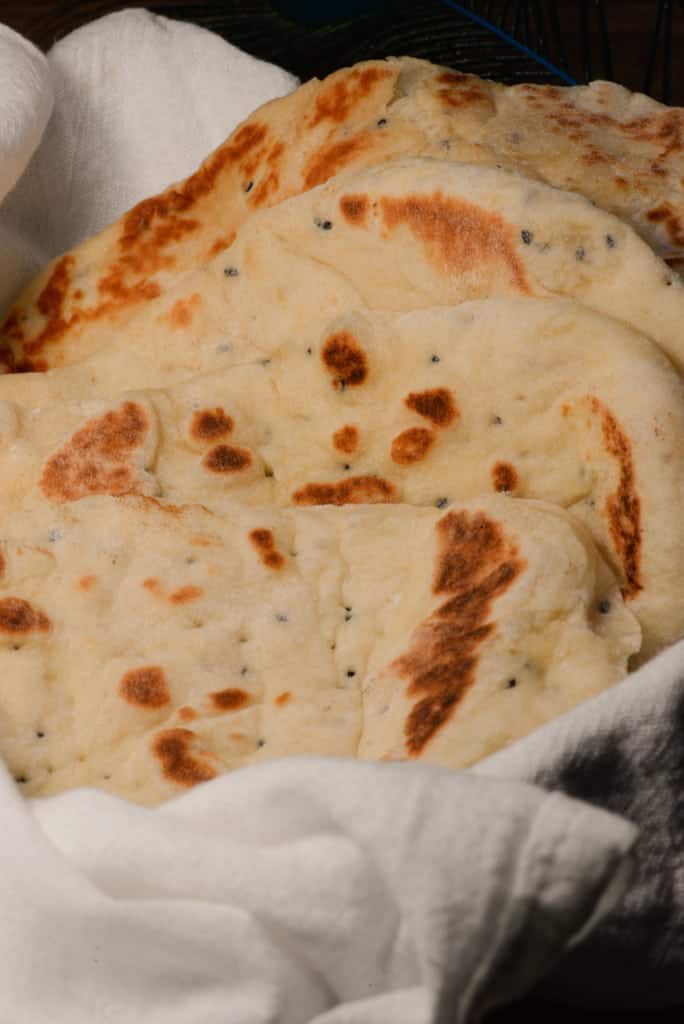 Varanasi was an unforgettable experience but the intense sights, sounds and energy of the place left me exhausted. Luckily, I planned a few days as a quick escape to the Ladakh region of the Indian Himalayas, as the next stop of my journey. On arrival there was stark contrast to the humid air and crowds of the Ganges River. In the foot hills of the mighty Himalayas at 11,000 feet, the thin air, vast, empty landscapes and quiet Tibetan monasteries with prayer flags dancing in the wind, were just what I needed to reset my mind in preparation of the rest of my trip. We spent four quiet days there, mostly sipping on honey, ginger, lemon tea and staring at the beautiful snow-capped peaks. 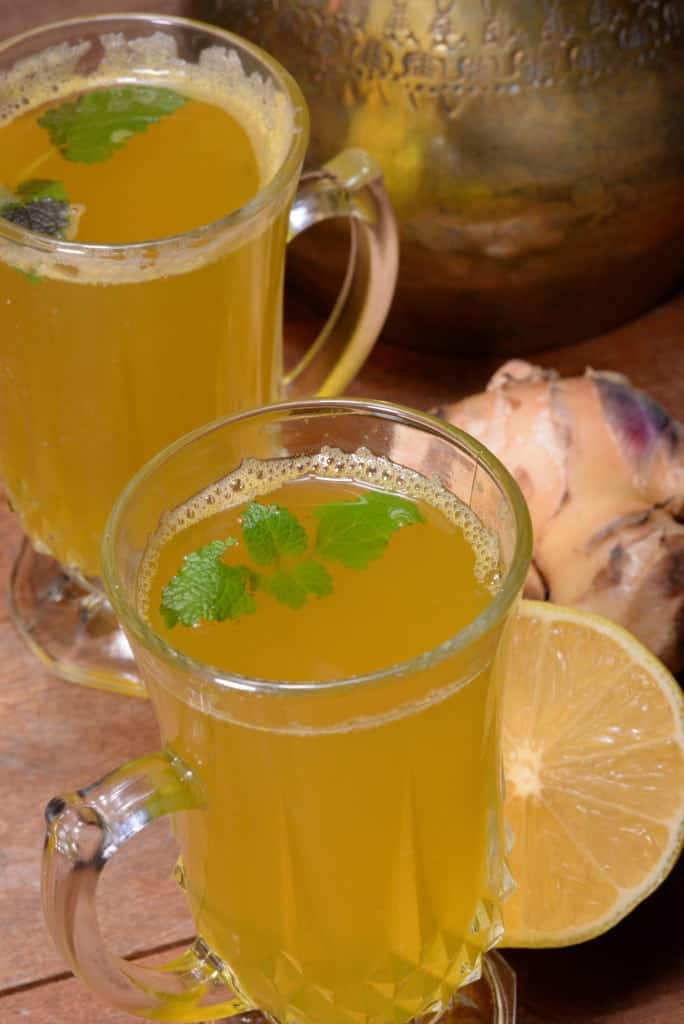 Feeling rejuvenated, we set off to the city of Agra, home of the pearl of India, the Taj Mahal. What trip to India would be complete without stopping by the country’s most iconic building? To be honest, like everyone else, I'd seen a million photos of the place and it was a little hard to get excited to see what seemed like would be a tourist trap. I couldn't have been more wrong. My first glimpse of the Taj Mahal through the grand entrance is something I will never forget. We had arrived covered in sweat after a mad sprint, just minutes before they closed the gates to entering visitors and the sun was setting low on the horizon. I kept squinting my eyes as the symmetrical, masterpiece that is the Taj Mahal basked in the golden evening light. I've never thought a building could be so beautiful. As the golden light faded to purple and blue hues, the Taj seemed to do the same. I had nothing to do but stare in awe, trying to take in every second of the world wonder. She did not disappoint.

The final destination of my Indian journey was the farthest off the map and the hardest to get to; the Rajasthan Region, home of the hardy, Marwar Desert people, known for their giant, red turbans and women adorned in the most beautiful, jewel encrusted saris.

On first sight, the main cities: Jodhpur, Udaipur and Jaisalmer, seemed to be straight out of an Arabian Nights tale. There were camels, working as taxis and dusty roads leading to incredibly beautiful maharajas palaces in the middle of a harsh hot desert. I was just waiting for the carpets to start flying around the town or a genie to pop out to grant me some wishes. When we reached Jaisalmer, after a dusty 15 hour train ride, we decide to book a camel trek out into the desert for a night of camping. I was traveling with my sister and my girlfriend at the time and our guides asked us if we had any special requests for our camping trip. My sister blurted out "Fireworks!" They looked a little puzzled. A whole afternoon was spent walking through desert and sand dunes on camel back. The sun was getting low and we got to our campsite. We set up camp on a beautiful dune with absolutely nothing around us, in the most gorgeous way. As the sun set, we exchanged stories and jokes with our guides while they made dinner for us on an open campfire. There was even a man that walks the desert and stops by each campsite selling icy cold beer. We grabbed a few beers to go with our dinner and watched the sun sink down into the distant sand dunes. Sure enough, once the moon came out and lit the desert, our guides unveiled an assortment of bottle rockets and other fireworks they had picked up. The rest of our evening was spent laughing hysterically with our guides, lighting rockets and running around with sparklers. I don't think I could have planned a better evening if I tried. Exhausted, our whole campsite retired on cots with blankets laid out under the blue hued, desert moonlight.

This was a small glimpse into my journey to India. What I learned is, every time you step out into the street in a country like this, is sure be an adventure. You will without fail, be confronted with new lessons and unforgettable experiences. India somehow manages to be both beautiful and disturbing, modern and ancient, enlightening and exhausting, all at the same time. My advice is, if you decide to make the journey one day yourself, there is but one way to do it. It's with an open mind. Forget all of your preconceived notions and assumptions about the world and be ready to have every sense stimulated at max capacity. Be prepared to have not only your views and feeling of a distant land change, but also expect to come home with a new perspective of where you came from. This is what India was to me.

Until next week,
Namaste,
Darlene