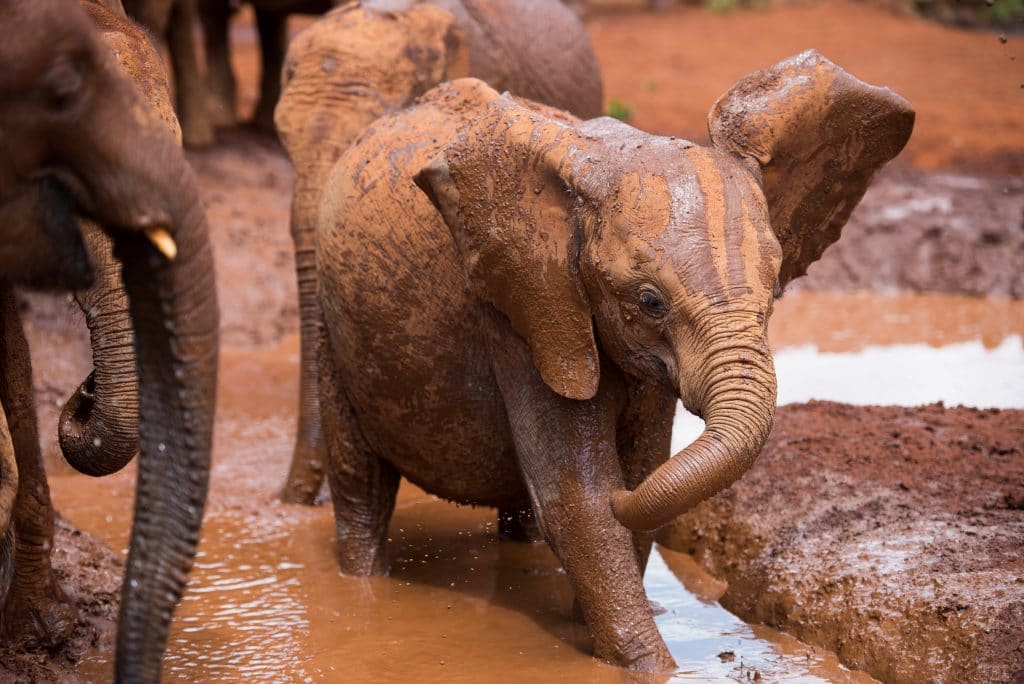 It was 10:45 am when we gathered at the line to enter the David Sheldrick wildlife refuge.  Every day the refuge allows the public to pay a small $7 fee to watch the orphaned elephants come in for their morning feeding of milk and to play in the mud.  For me, this was a very special day, as we had adopted a baby elephant named Esampu. We would get to meet her for the first time.  The David Sheldrick Wildlife Refuge is located just outside of Nairobi Kenya, and has done wonderful work since the center was opened in 1977.

Esampu was rescued on the sixth of July, 2016 and was believed to be just a young, five months old. She was found emaciated and alone with little evidence of other elephants in the area.  It is not known for sure but it is believed that her family was likely a casualty of a human wildlife conflict. Sometimes this retribution results in the spearing of elephants.  Of course poaching of elephants for ivory remains a very large problem and the wildlife refuge works tirelessly to make safe havens for elephants to live out their typical 70 year life span; free and in the wild.

We entered the facility and stood by a rope as we anxiously awaited the orphans’ entrance into the area.  One by one, they came thundering in to get their bottle of milk.  Some were overly anxious to get it and the handlers did a superb job at making sure every orphan got their bottle.  The formula is a human baby formula, with the addition of coconut milk. 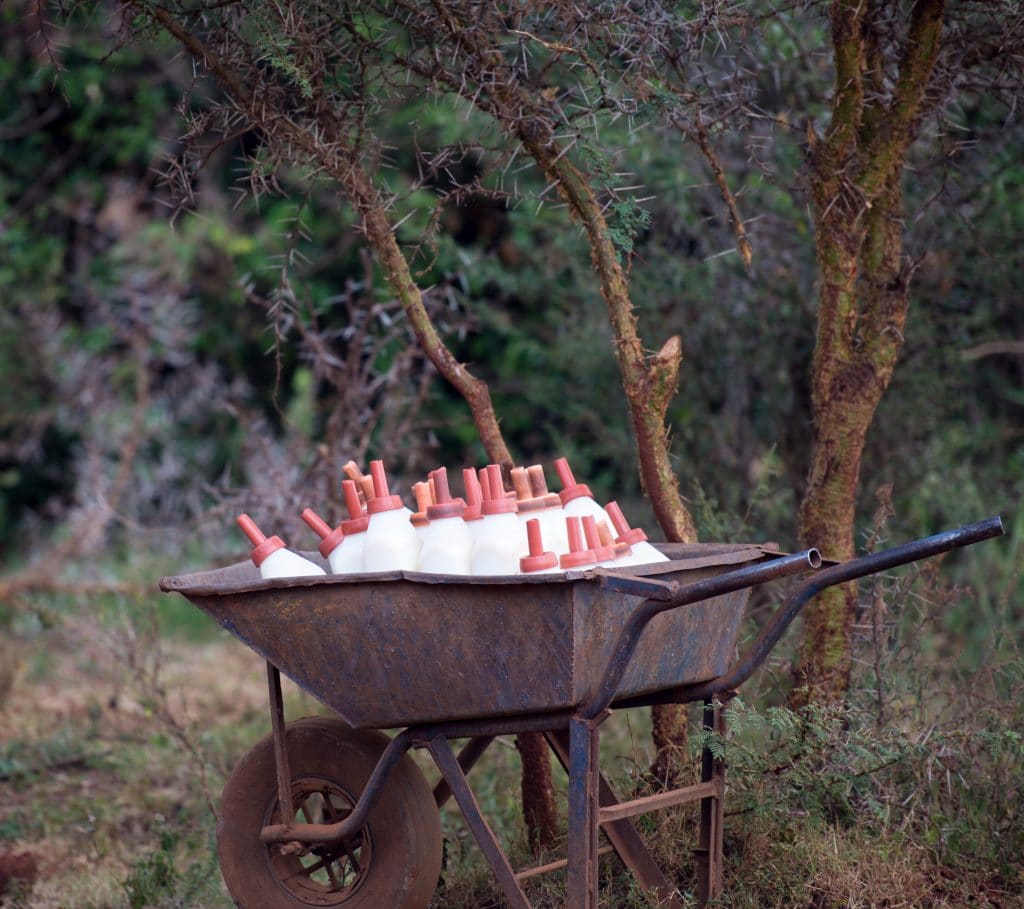 You truly cannot help but fall in love with these babies.  They bellow and some even hold their own bottles.  They then roll around the mud hole for a soothing bath.  They appear to be very happy and content, which did our hearts good.  You can even get close enough to touch them.

If you adopt an elephant, which can be done for as little as $50 US dollars, they allow you to come back to the refuge at a special 5:00p.m time. This is when you can get special time with your adopted elephant.

When we arrived back at our 5:00pm time slot, we stood on the side of the path where the handlers bring the babies back from the area where they have safely roamed during the day.  Once again, they arrive back at a fast clip, as they know milk is waiting for them at their individual stalls.  They know exactly where to go.  The handlers all wear green smocks and they alternate between the babies so that the elephants do not become too attached to one handler over another. 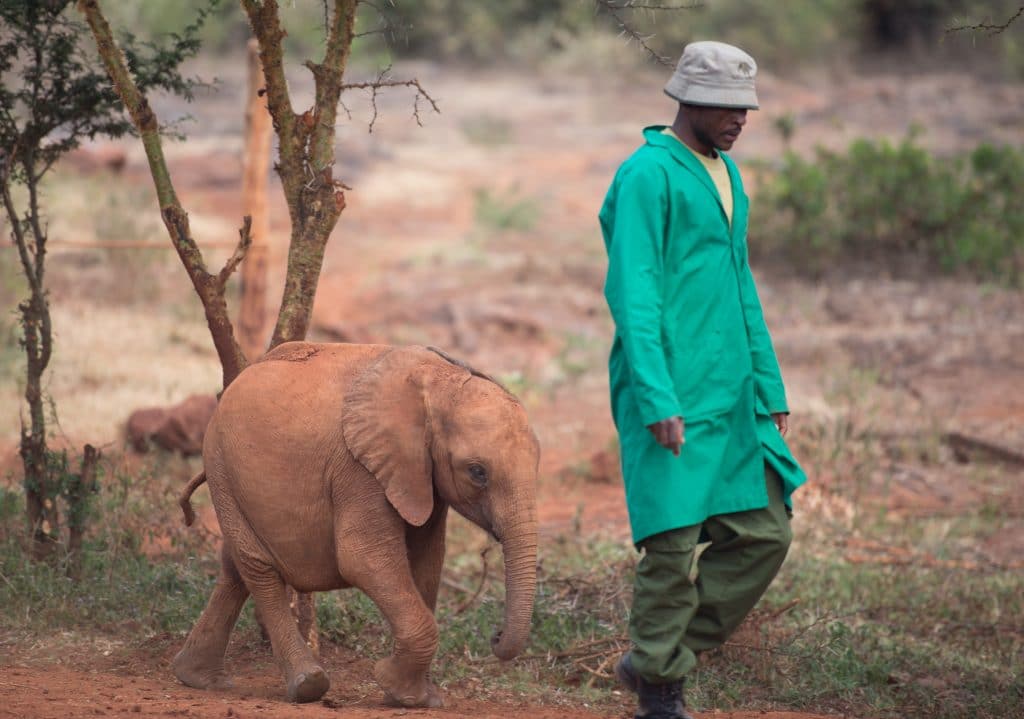 Elephants are very social, family oriented creatures.  They are known to grieve losses for years, often times returning to the same location, to the place of a lost relative, time and time again.  Daphne Sheldrick, the founder of the refuge, in loving memory of her husband David, experienced this heartache first hand.  She lost an orphan elephant that she was caring for.  It was after a vacation when she was away from the refuge. It is believed the baby died of a broken heart before she returned.

We waited with great anticipation at Esampu’s stall, where I was able to get real close to her during her feeding. 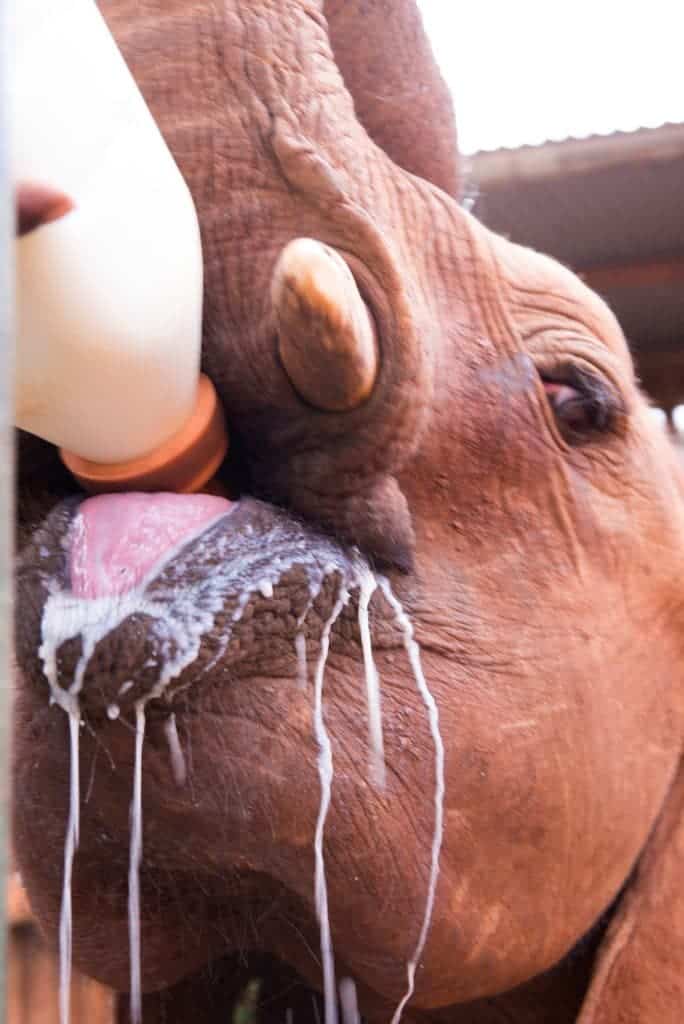 We watched the handler prepare her for bed by placing a blanket over her that was secured by a stocking so it wouldn’t fall off during the night and she would stay warm. 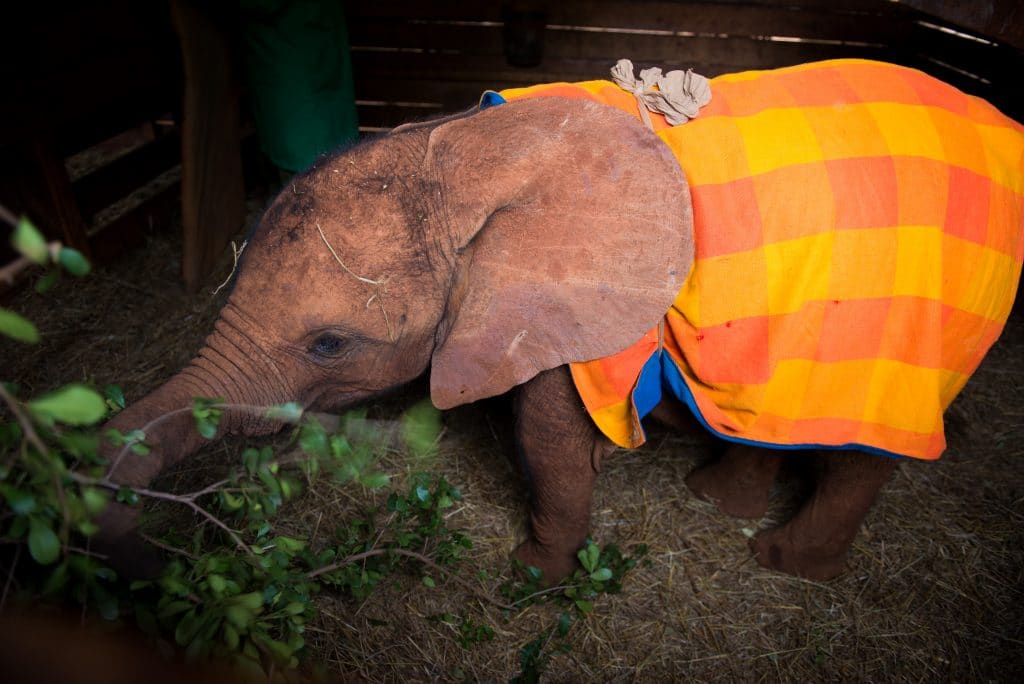 Each orphaned elephant has a handler sleep with them, so they never feel alone. We got to play with Esampu, rub her little trunk and fed her some Lucerne, which is a plant elephants love to snack on.  This was truly a memory I will cherish as long as I live. 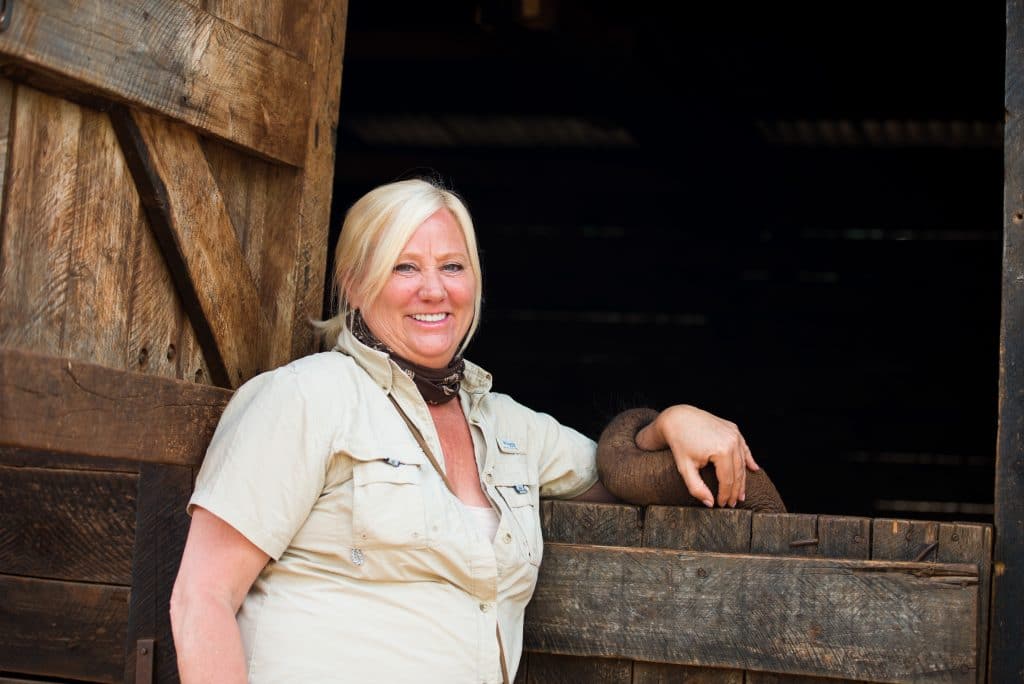 Saying goodbye was not easy, even Esampu didn't want to let go.

If you would like more information on adopting an elephant for yourself or as a gift, you can find it here at www.sheldrickwildlifetrust.org

The best thing we can do for the fight against poaching is to never buy anything made of Ivory.  It really is that simple. If there is no demand, there is no reason for the supply.

“Our prime purpose in this life is to help others.  And if you can’t help them at least don’t hurt them”. Dalai Lama

Enjoy a few more photos of our trip to the refuge. 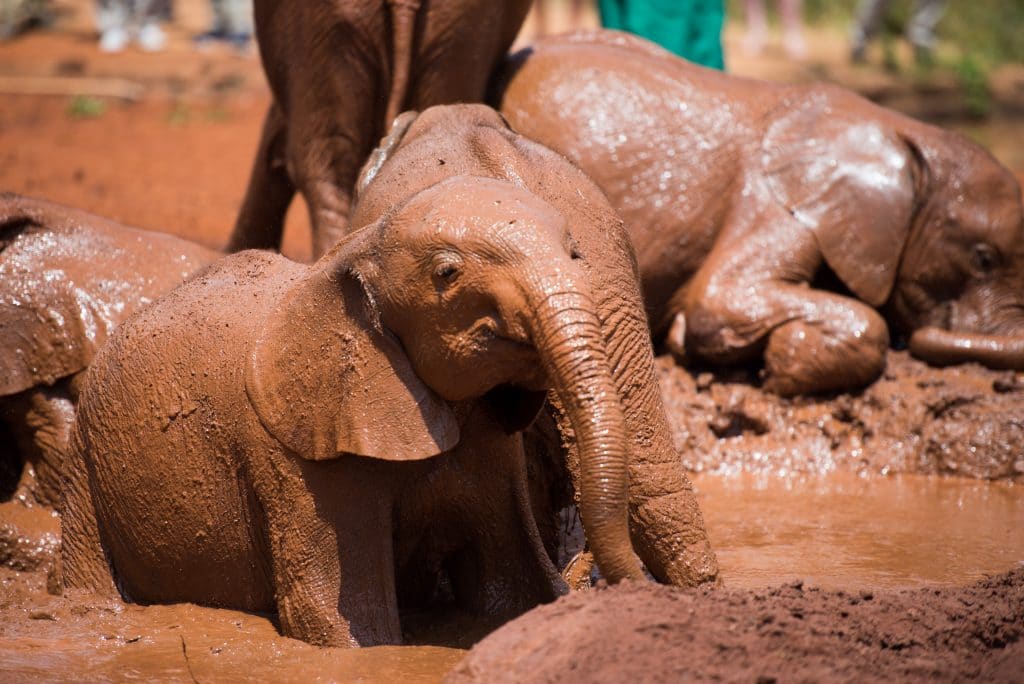 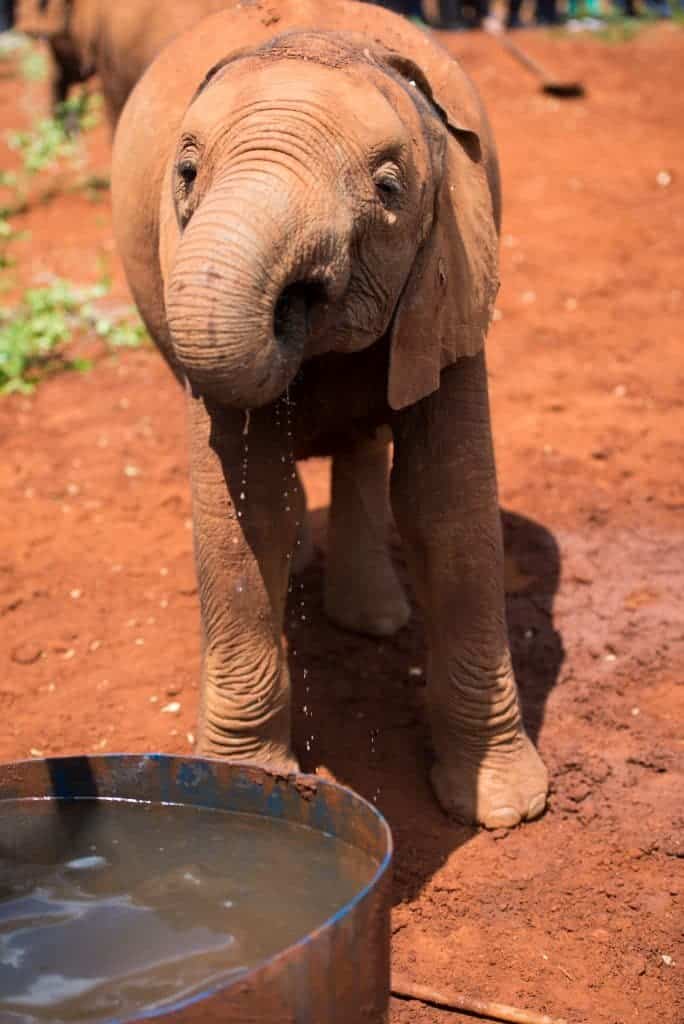 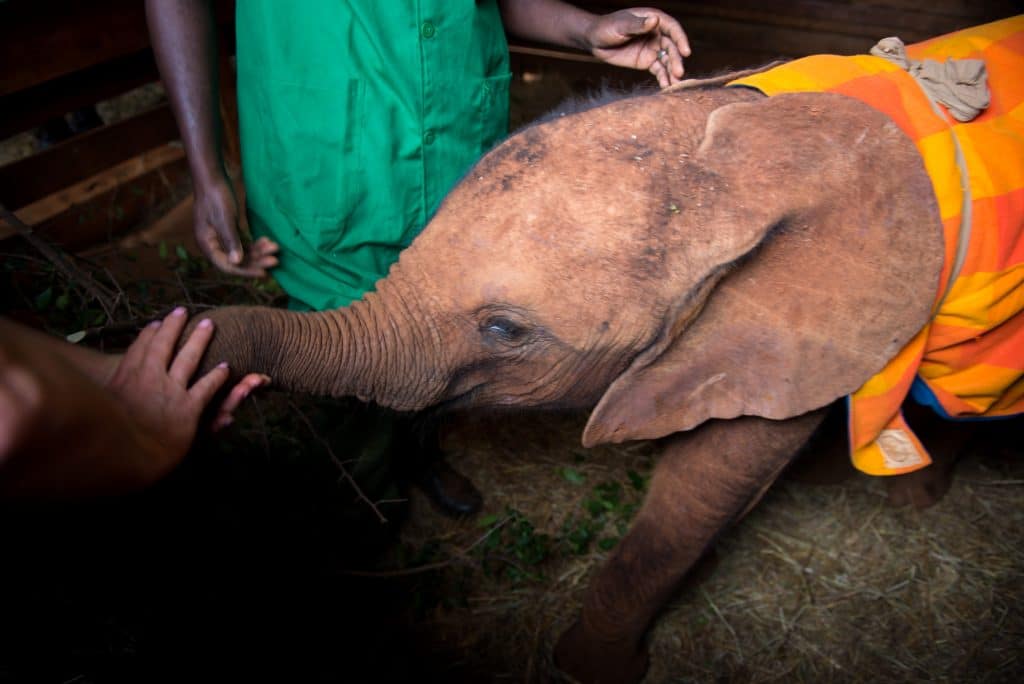