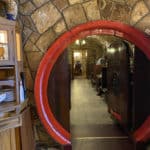 In Budapest, Hungary, we rented a beautiful apartment overlooking the Danube River.  Our host left us a bottle of wine upon our arrival as a welcome gift.  I had noticed that the bottle had the same name as our host, so when she came by, I asked her about it.  Sure enough, her family owns a winery and restaurant just about 30 minutes outside of the city, in a town called Budakalasz.  She booked us a reservation for dinner and made certain her brother would be there to greet us.

When we arrived at the Schieszl, Vendeglo es Borahaz, established in 1896, we were led through a lovely, outdoor seating area with an iron gate and a large, wild chestnut tree in the front.  The flora and fauna surrounded by ivy along the perimeter were so inviting and quaint.  Once inside, we noticed a unique doorway that led into the restaurant and winery.  It was a very large, head hoop of a wine barrel, about six-foot in diameter and painted red.  The inside of the restaurant was made of rock and brick, forming the shape of a wine barrel. 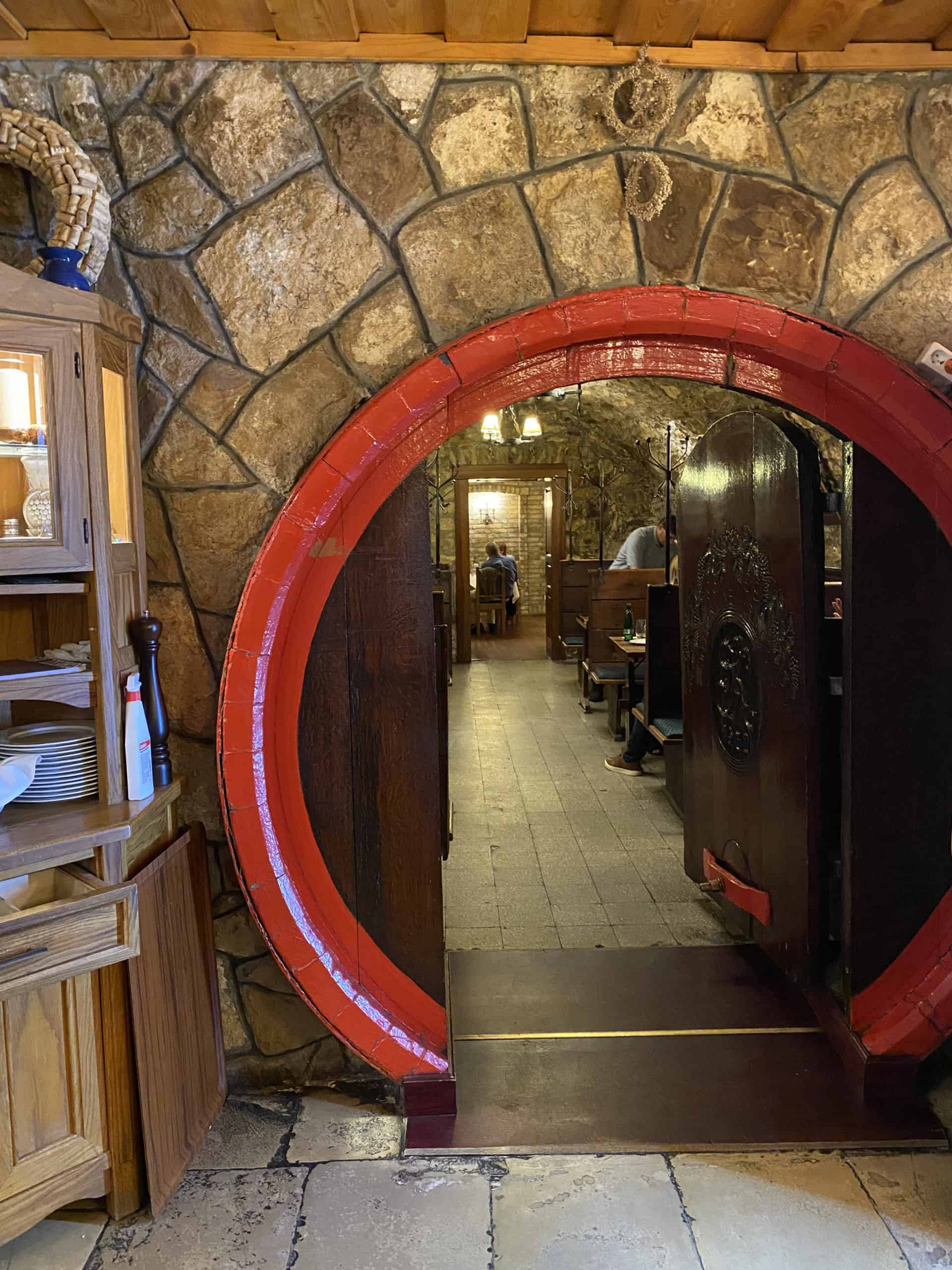 The atmosphere was relaxed and comfortable.  We were escorted to our table, where we ordered our dinner, with the help of our waiter and then met with Konrad, (our host’s brother) for a tour and wine tasting.

Konrad explained that he is the fifth generation to run the winery and restaurant.  His family came originally from Germany and here in Hungary are known as Swabian.  When his ancestors arrived in Hungary, they started growing grapes.  Here is a photo of Konrad’s grandfather (front right) and great grandfather (center front) celebrating the harvest at the same location as the restaurant and winery are today. 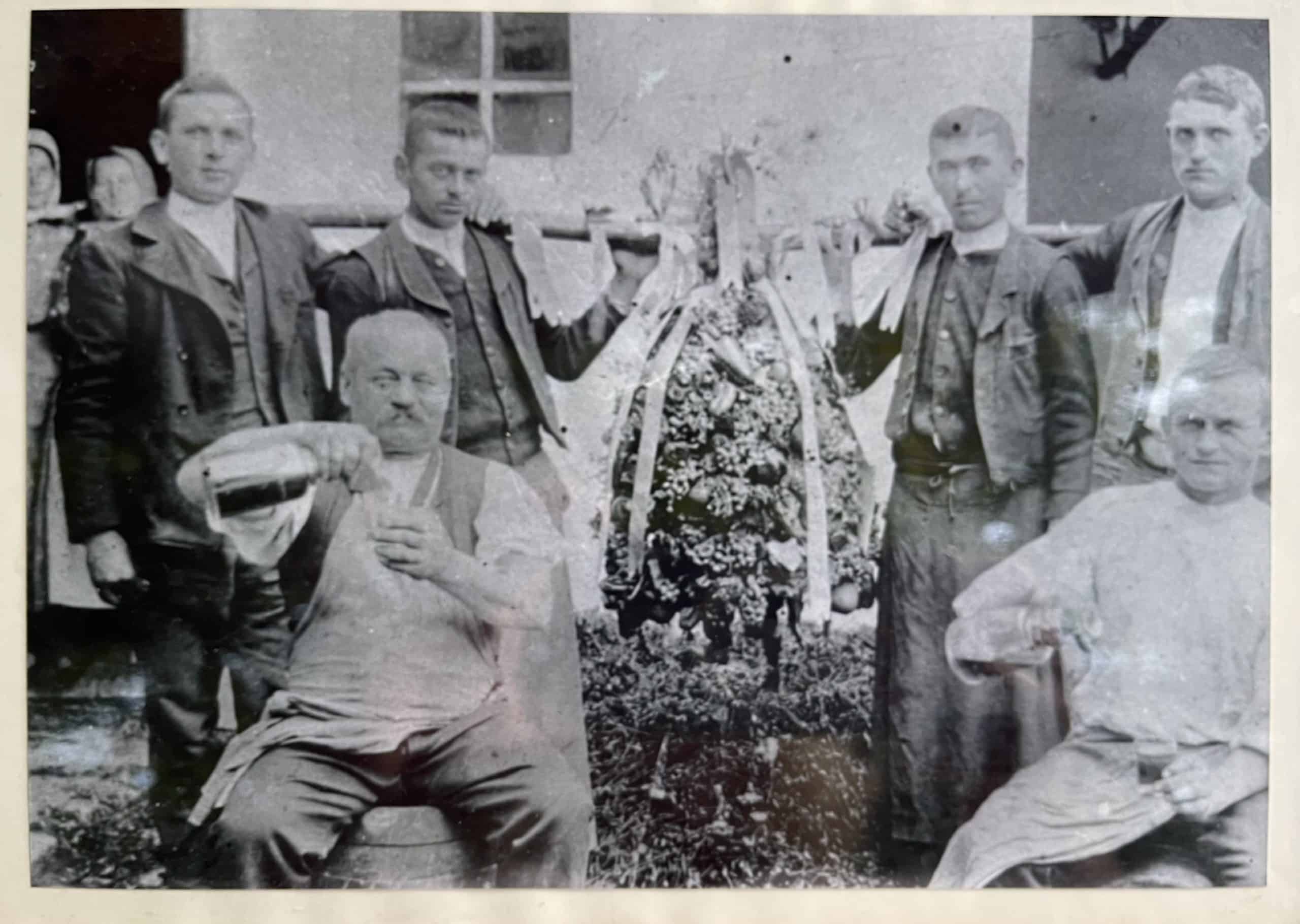 Today they have three locations for growing different grape varieties and have completely converted their operation to use state of the art technology for making wine.  Konrad has managed to make this change while keeping the Schieszl family heritage fully intact.  We were delighted to try several different wines and can honestly say we loved them all but ultimately decided on the MCS18 bottle of merlot and cabernet sauvignon to enjoy with our dinner.

Not only did Konrad give us a tour of the winery but also the kitchen where his head chef happened to be making our appetizer; a goose foie gras served with smoked duck breast and apricot jam.  This is where we also learned how Konrad’s father, who is still very much involved in the restaurant, is the one with the secret recipes for curing and smoking the famous Mangalica pig (aka Kobe pork) as well as many other specialties you will find on the menu. 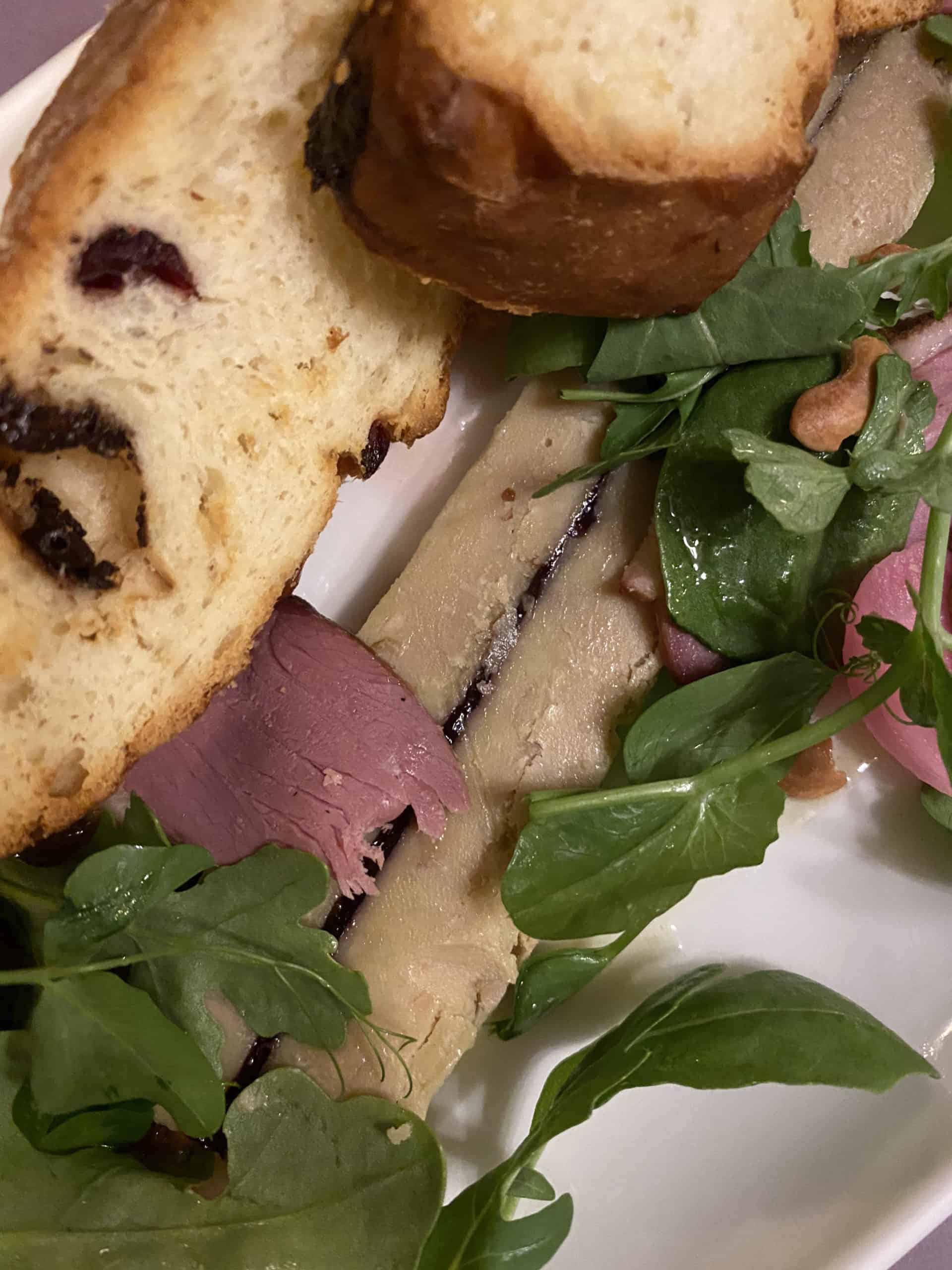 Konrad told us his philosophy is to serve warm bread, vibrant wine, good pork and a smile.  His philosophy works resoundingly well as the family friendly restaurant was packed with happy customers.  They even have a little area set up where kids can play.

It is what occurred after dinner, when we were waiting for our taxi, that was most memorable.  I asked to take a photo with Konrad in front of that unique door with the wine hoop.  We did, and then he told us the significance of it.  You see, his grandfather’s best friend was Jewish.  During World War II when Jews were being slaughtered and sent on trains to concentration camps, he decided he must save his dear friend.  He came up with the idea to hide him along with his wife and child inside of one of his wine barrels.  He did this for six months at great risk to himself and his own family.  He was successful and they all survived.

An unbelievable story by itself, but what happened next in history was something I was unaware of and is almost never talked about.  When the war ended, and the Soviets moved in.  A decision was made to expel anyone with German ties.  This included the Schieszl family.  They had 24 hours to get out. They could only take with them one satchel that they could carry.  Despite living and calling Hungary home for several generations, it did not matter.  They were sent back to Germany and were stripped of all their property and most of their belongings.

Somehow, after 12 long years, the Jewish friend’s son, who had become a lawyer with political ties, was able to make arrangements for Mr. Schieszl, to buy back his property in Hungary.  This is the restaurant and winery you see today. The love and hospitality you feel in this restaurant is palpable.  It is a remarkable and wonderful story of true friendship and perseverance. 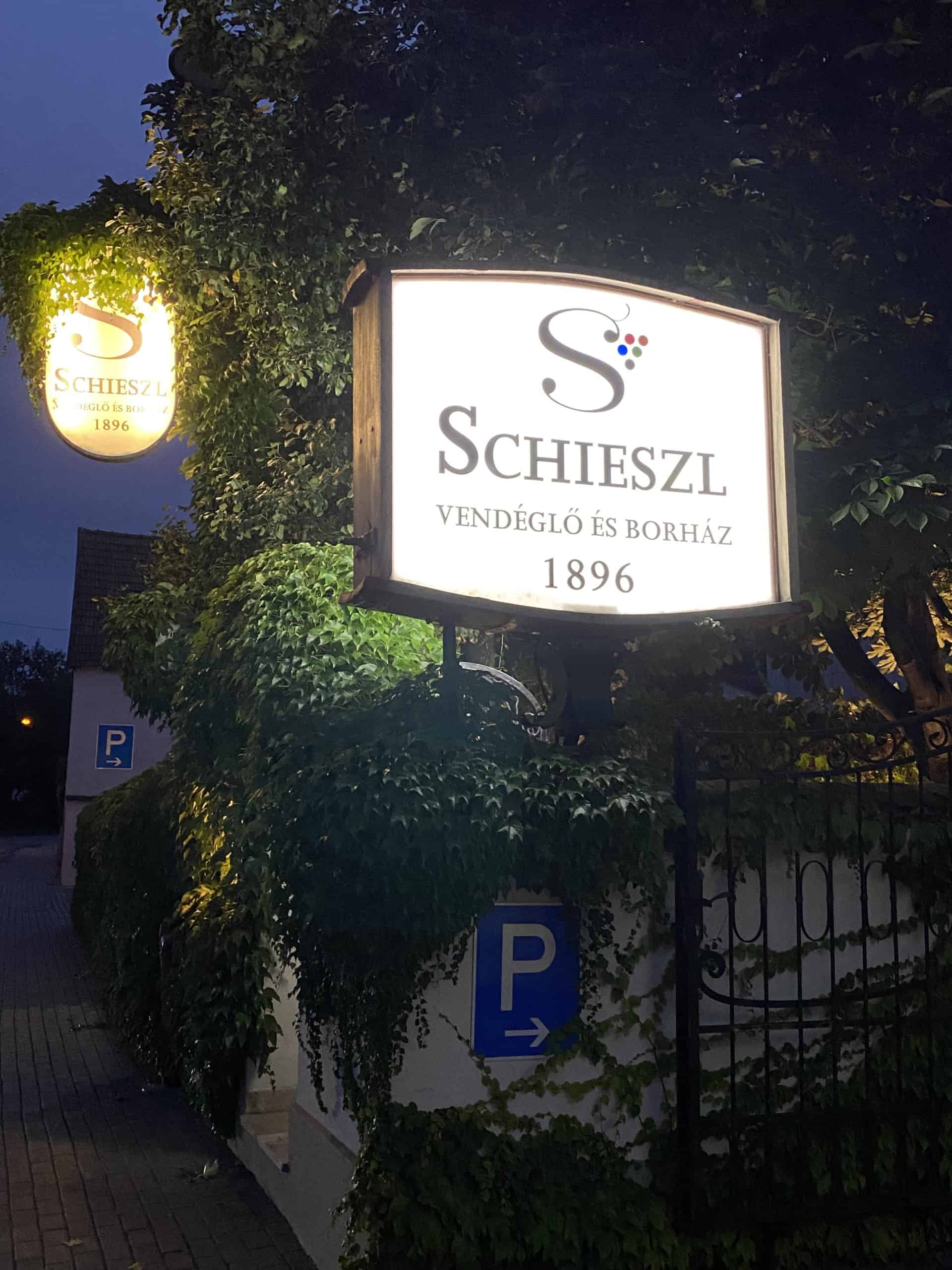 Back at the apartment there is a quote that reads: “Good friends are like stars, you may not see them, but you always know they are there.”

If you are ever in Hungary be sure to give Konrad a visit and tell him I sent you.

How did eSwatini get its name? In 2018 Swaziland became known as the Kingdom of ...

END_OF_DOCUMENT_TOKEN_TO_BE_REPLACED

How did Suriname get its name? The earliest inhabitants were the Surinen ...