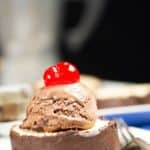 Torta tre monti is a lovely dessert that is considered to be the national dessert of San Marino.   It is named for one of its peaks that the tiny county is famous for.  It is thin layers of waffled wafers that has a hazelnut and chocolate aka nutella and cream filling.  It is glazed with chocolate icing and we served it with a topping of dark chocolate gelato with a cherry on top. 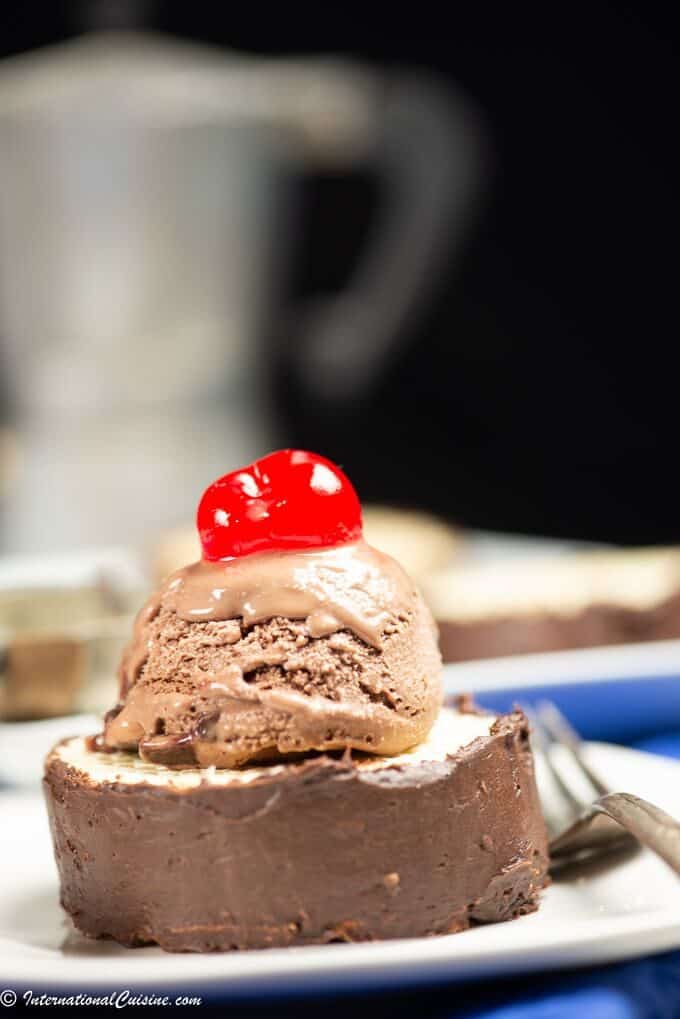 I found round waffled wafers in my local Middle Eastern market.  I then used a glass to cut through all 5 of them to make individual servings.  It is typically served as one large round, which would be much easier to assemble.

Hazelnuts are common in the region and the  mixing of chocolate and hazelnuts has been done for centuries.  I used nutella and whipped cream for the filling and chocolate icing for the sides.  I simply topped the individual torte’s with a scoop of good Italian gelato and topped it with a cherry.

It was the perfect ending to our Sammarinese meal, we enjoyed it with a little espresso.

Did you know that during both world wars, San Marino remained neutral.  It was briefly occupied by German forces in September, 1944 but they were quickly removed by Allied forces in what is known as the Battle of San Marino.  If you would like to learn more about this fascinating little country be sure to check out “Our Journey to San Marino“.  You will also find more authentic and delicious recipes.