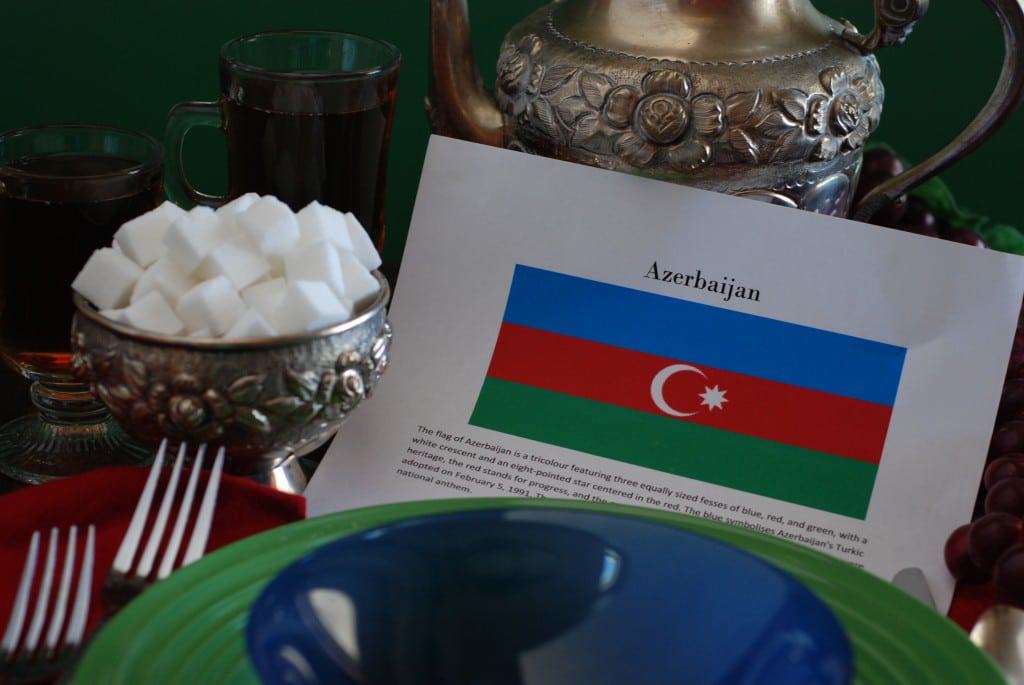 Azerbaijan, “The Land of Fire,” is so named (Azer means fire) because of the natural burning of oil deposits. In fact, Azerbaijan is home to “The Burning Mountain,” located on the Absheron Peninsula; a hillside that is eternally ablaze. Of course, oil itself, is a huge natural resource for Azerbaijan.

The Azerbaijan republic includes the disputed Nagorno-Karabakh region, which is inhabited mostly by Armenians. Azerbaijan is on the western shore of the Caspian Sea and borders Russia, Georgia, Armenia and Iran. The Caucasus Mountains demarcate her northwestern border and she is at the intersection of Eastern Europe and Western Asia. She too has had her share of invaders, from the Turks to the Persians and in 1922, became part of the USSR. Azerbaijan was the first country to declare independence after the collapse of the Soviet Union in 1991.

Azikh Cave, located in Azerbaijan, is the earliest known cave inhabited by man. It is the home of the first known fireplace, the construction of which dates back some 500,000-700,000 years. Azerbaijan has reason to be proud of a few other firsts; the first Muslim country to grant women equal political rights, as well as the first secular school for girls in the Muslim East. Also, she opened the first Opera in a Muslim nation, drilled the world’s first oil well near the capital city of Baku and built the world’s first city on stilts, in the Caspian Sea.

Azerbaijan enjoys nine out of the eleven possible climates in the world. This makes for a diverse and rich agricultural landscape, which in turn, contributes to the richness of the cuisine. She is known for an abundance of vegetables and greens and a variety of fresh herbs, including mint, coriander, saffron, dill, basil, parsley and tarragon. Additionally, having her border on the Caspian Sea brings many species of fish and seafood as well as the highly coveted delicacy of black caviar. The people of Azerbaijan enjoy a good, long life expectancy which is surely influenced by the wonderful and healthful foods they have available.

There is something about the Caucasus Mountain area that brings out an amazing hospitality in her people. In fact, hospitality is a valued national characteristic in Azerbaijan. Guests are offered food and shelter even at the expense of the host’s needs.

There were many, awe-inspiring options for our menu for this country. I chose Dushbara as the starter. This is a very popular dish made of dumplings. In Azerbaijan, every woman has to, not only know how to cook this popular dish, but must be able to make them as small as possible, fitting ten of these little dumplings in a tablespoon.

For the salad, I chose one made with pomegranates, as the city of Goychay is famous for them, even holding a pomegranate festival. Azerbaijanis use them in a variety of dishes to add flavor and tanginess. They also make a thick syrup called Narsharab that is used as a sauce in fish dishes.

For our main course, I selected a chicken and egg pilaf dish made with saffron; a signature plov of Azerbaijan. This dish has many flavorful complexities but plating is also very important in Azerbaijan. The dishes must not only taste delicious but look beautiful as well.

Finally for our dessert, we’ll have dried fruits and nuts, served with their delicious black tea.

(dumplings stuffed with meat in a lamb broth) 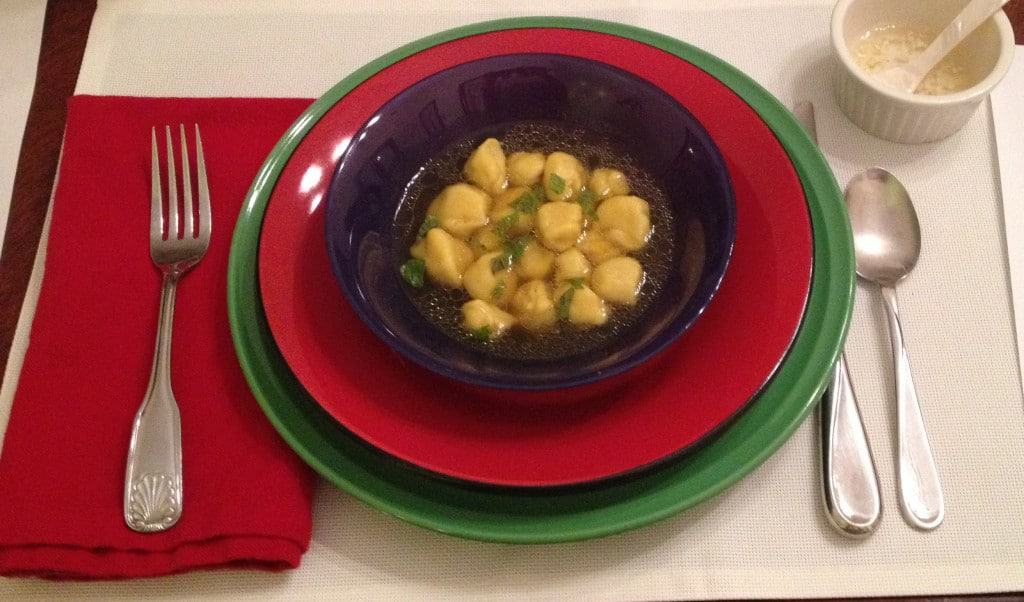 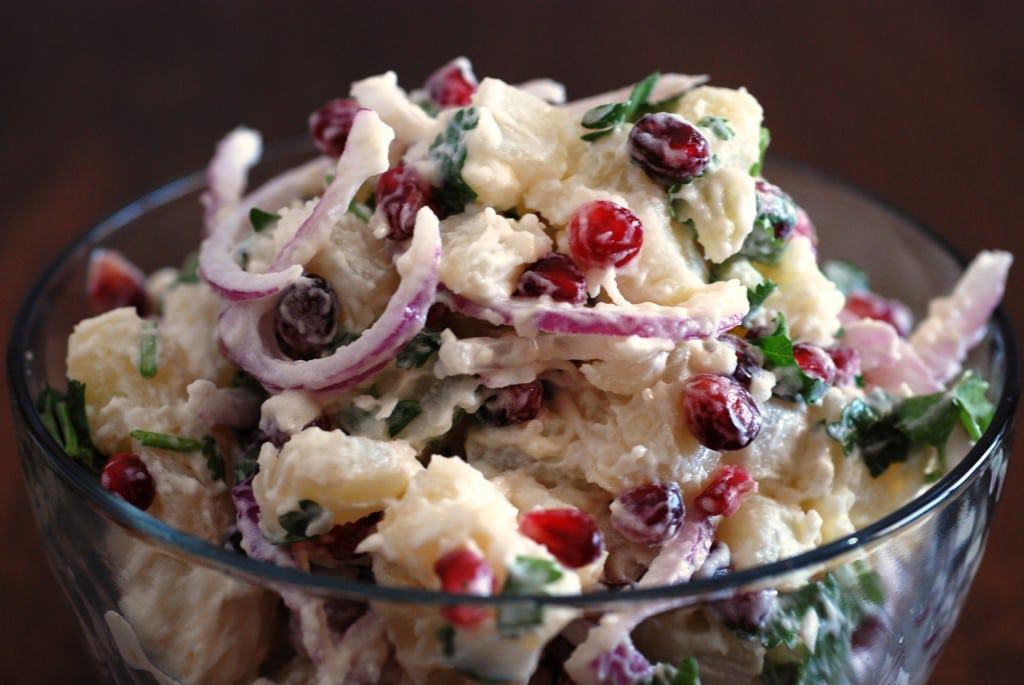 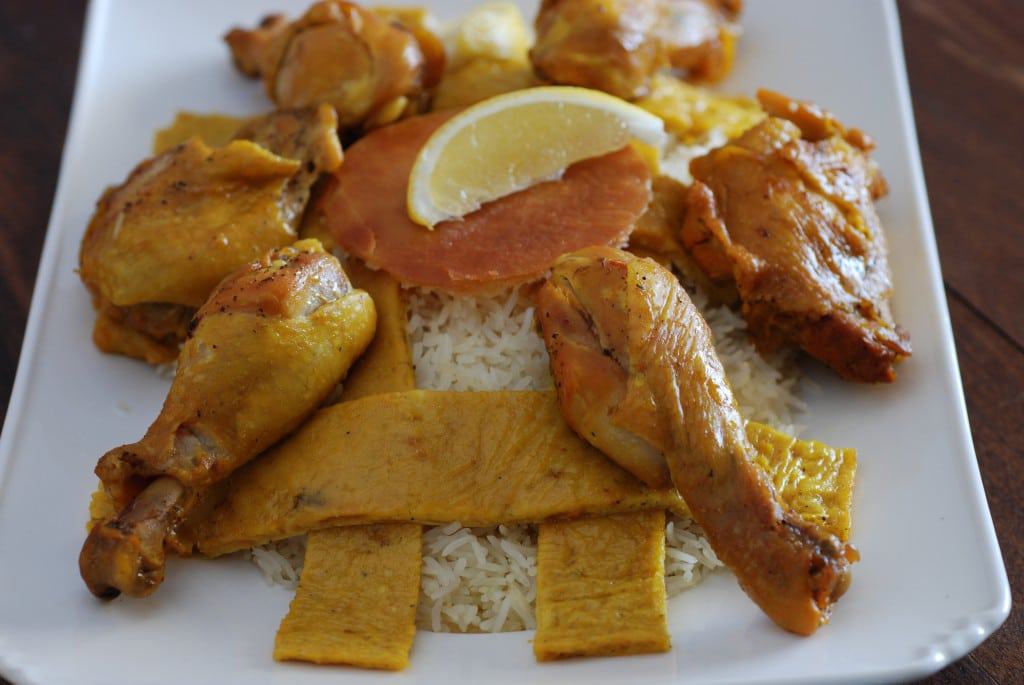 Dried fruits and nuts, served with the national drink of Azerbaijan, black tea. 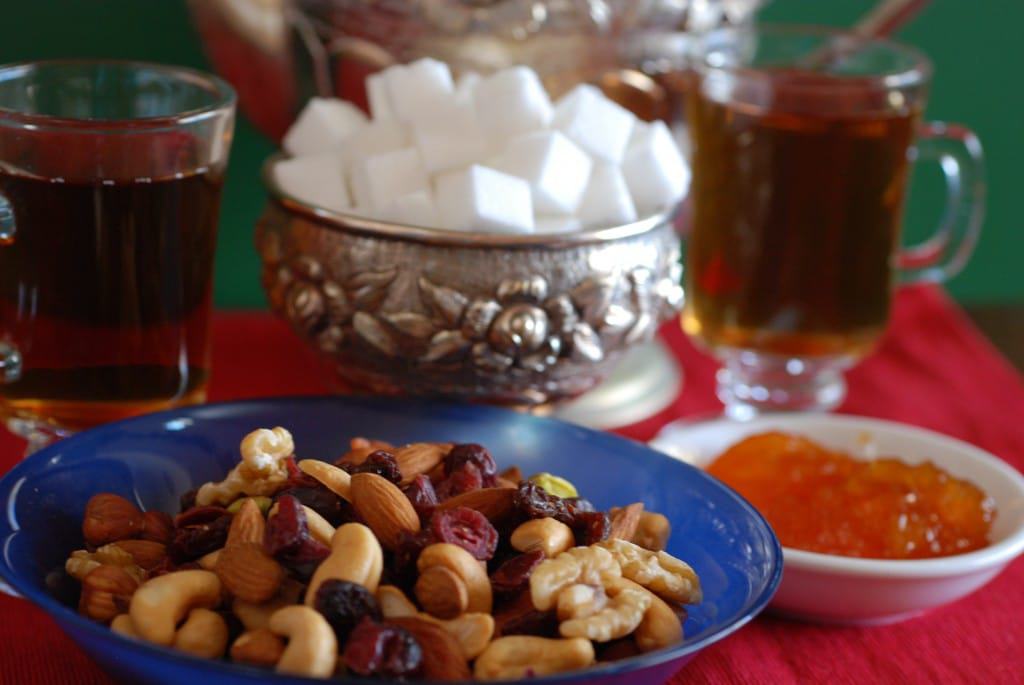 The table was set using the colors of the flag; blue, red and green. We began the meal with the tiny but sumptuous, meat filled, dough dumplings in a lamb broth. Vinegar and crushed garlic garnished the starter, which made a wonderful addition. Next, came the pomegranate salad, Nar Salati, served family style, with the Toyuq Chirgirtma Plov. We passed the dishes to the right, only using the right hand, as is expected while dining in Azerbaijan. Both of these dishes were fantastic and complimented each other perfectly. For dessert, we had dried fruits and nuts and drank black tea, served with apricot preserves and sugar cubes. In Azerbaijan it is customary to place the preserve or sugar cube in your mouth first, and then sip the tea. It was excellent that way. Tea drinking is very common and always offered to guests as a sign of friendship.
As we leave this remarkable, ancient nation I leave you with a few words of Azerbaijani wisdom:
“Do not lend money or bread at night.”
“Leaving scissors with opened blades brings misfortune and even death.”
“If you meet a person with empty buckets, you are bound for misfortune”
Until next week,
Warmest regards,
Darlene