German potato dumplings are a staple side dish with just about any meat in Germany.  They love potatoes in many forms and dumplings are no exception. They call them kartoffelkloesse. They also make them with a little surprise crunch of a homemade crouton in the middle of the dumpling.  They are delicious especially with the rich gravy from the sauerbraten. If you were to have any left over (which may be doubtful) you can slice them up and fry them in butter the next day for an awesome treat. 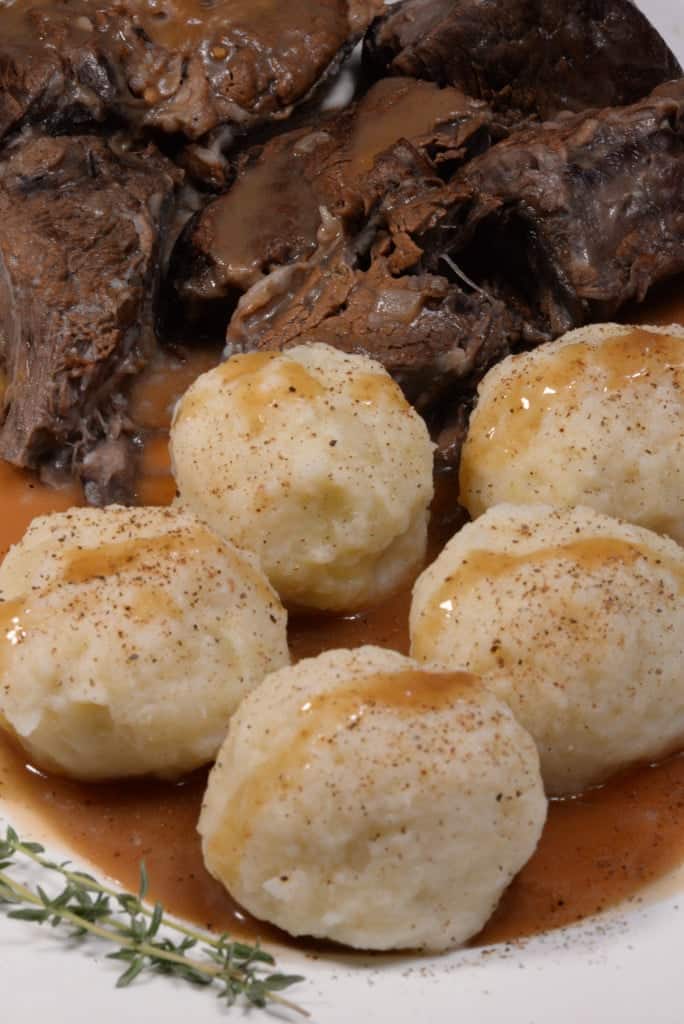 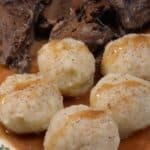