Mexican poblano mole' is just one type of mole' sauce that is loved throughout Mexico.  Mole'  is considered to be the national dish of Mexico and it is usually served over chicken or pork.  Mole' is often misunderstood and often referred to as a chocolate sauce.

Most recipes do include chocolate but the sauce is complex with multiple ingredients.  In fact I am convinced the term Holy Mole' came from the nuns who came up with this recipe.  It takes a while to make, so patience is a virtue but the end result is simply stunning.  A little heat from a combination of chilies, plus nuts and spices and yes a bit of chocolate, are the real stars of the sauce. 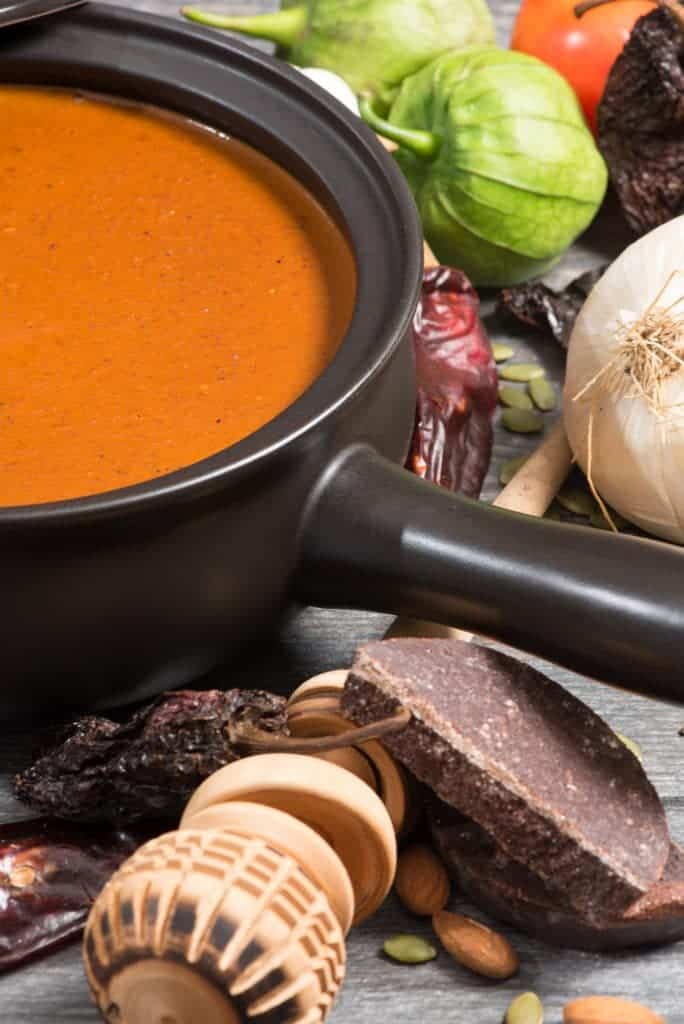 Have you ever had homemade Mexican Polabano mole'? Please let  me know in the comments below It is a real treat and nothing like those terrible bottled mole's you may have tried.  If you would like more wonderful Mexican recipes plus learn about the country be sure to check out "Our Journey to Mexico".  Also be sure to join the culinary journey around the world so you don't miss a thing. 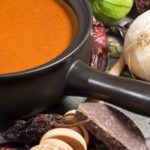