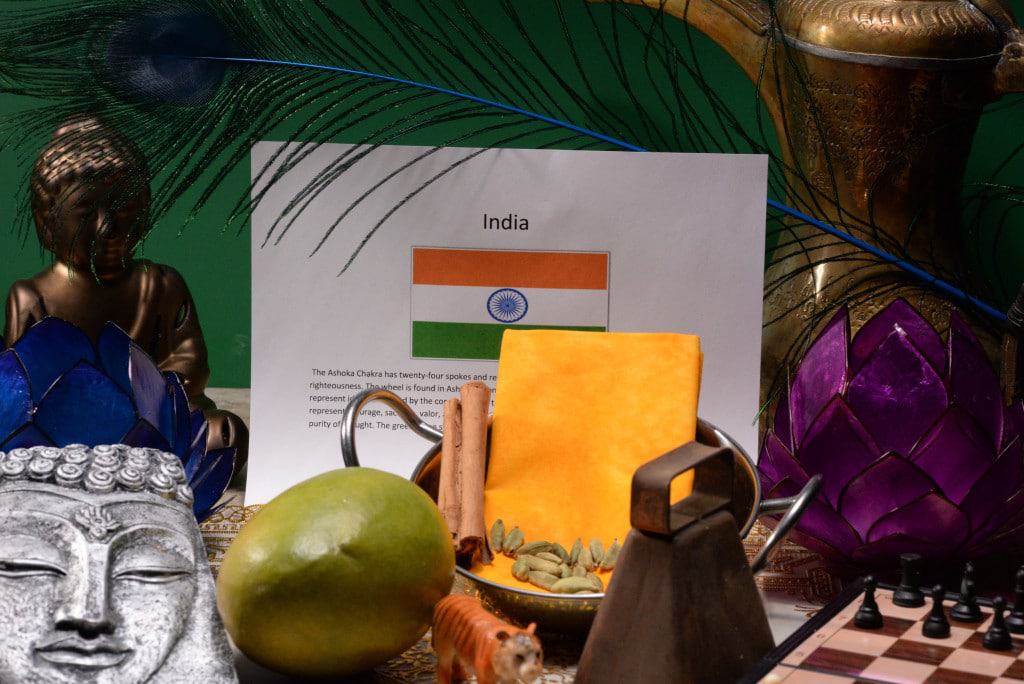 India gets her name from the Indus River, a major river that flows through China, Pakistan and India. The river’s name comes from Sanskrit (Sindhu) meaning “body of trembling water, river”. India is the largest part of the land mass that is South Asia. She is the seventh largest country in the world by size and second largest in population. India shares land borders with six countries, Pakistan to the northwest, China, Tibet, Nepal and Bhutan to the north and Bangladesh and Myanmar to the southwest. She is surrounded on the southeast and southwest by the Indian Ocean. Sri Lanka and the Maldives lie just off the coast, to the south.

India is an ancient land with a history dating back thousands of years. In 2700 BCE, the first urban civilization in the world emerged in the Indus River valley. There were numerous states and kingdoms throughout the region over its long history, which is also the birthplace of the some of the world’s largest religions: Hinduism, Sikhism, Buddhism and Jainism. Today an overwhelming majority of the population is Hindu, which is the religion associated with the caste system in India (a rigid, social and occupational stratification system). Twelve percent of Indians are Muslim. This fact makes India one of the largest Islamic nations in the world because of the size of the population; over 1 billion people call India home. They also have the largest number of mosques in the world, with over 300,000. Every major religion in the world is represented in India.

Today, India is home to 29 states and seven union territories, each with their own extraordinary history, culture, language and uniqueness. There are 16 official languages of India, which include: Hindi, Urdu, Bengali and English (making India the largest English speaking country in the world). However, there are numerous other languages and dialects spoken there, totaling over 1500. The capital city of India is New Delhi but the most populated city is Mumbai, also known as “The City of Dreams” and formerly known as Bombay. The term “Bollywood,” gets its “B” from the previous name of the city coupled with the fact that they are the largest producer of films in the world. Mumbai is home to the wealthiest people in India, with many millionaires and even billionaires. However, many Indians live on as little as $2 a day and 35 percent of the population lives below the poverty line.

India gained her independence on August 15, 1947, after 200 years of British rule. India is the largest democracy in the world. The Indian, Independence Bill, which made independent nations of India and Pakistan, was hailed by Indian Independence leader, Mohandas Gandhi as the “noblest act of the British nation.” Unfortunately, after the bill took effect it began a period of religious turmoil between the Hindus and Muslims. That resulted in the deaths of hundreds of thousands, including Gandhi, who was assassinated by a Hindu fanatic in January of 1948 during a prayer vigil. More commonly known at Mahatma Gandhi, he is hailed as the Father of India. (Mahatma is an honorary title in the ancient Sanskrit language meaning “Great Soul”.) His birthday is celebrated every October 2nd and the day is also commemorated by the United Nations as the “International Day of Non-Violence”. Gandhi used non-violent civil disobedience as a method of evoking the people of India to rally for independence. His mission was to peacefully free India from British rule, to relieve poverty and to provide equality for women. His influence on humanity cannot be underestimated as he inspired similar movements around the world. His life and principles have inspired countless people all over the world with his message of peace, simplicity and devotion. He will forever be remembered for his many inspirational quotes and life lessons.

The world has a lot to thank India for as they are the inventors of many things that affect the lives of people every day. India gave the world yoga, developed over 5000 years ago. They invented the game of chess, the shirt button, the ruler, the decimal system was invented in 100 BC and the number zero. They also get the credit for the value of pi, trigonometry, algebra and calculus, to name a few.

The sheer size and scope of India is simply astounding. They have six seasons, which include the normal four, plus winter and summer monsoons. They have incredibly diverse topography which includes some of the tallest mountains in the world, the Himalayans, to arid desserts, forests, fertile plains and tropical seaside villages. Interestingly the whole of India is in the same time zone. They grow over 1.2 million tons of mangos annually as well as many legumes, like chickpeas and kidney beans and lentils of all types, which are often dried. They are also the largest producer of milk in the world. Cows are sacred in India and you will often times see them wandering the streets. Because India is such spiritual country, there is no shortage of festivals. There are festivals that celebrate good over evil, one where camels are dressed up and paraded, celebration for the harvest, kings’ birthdays, elephants ornately decorated and ridden thru the streets, etc. They are some of the most colorful festivals in the world. Weddings are multi day celebrations as well, with food, dancing and extravagant outfits. Even in modern India, most marriages are still arranged.

As we look into the cuisine of India, it is as diverse as the country itself. They have over 37 different cuisines along with hundreds of variations of those. The differences are often times simply, what is available locally due to the soil, climate and ethnic group. It is clear that religion and culture have a major impact on the choices. Hindu’s don’t eat beef and Muslim’s don’t eat pork. India has the largest number of vegetarians in the world. India is one of the few places in the world where you will find vegetarian meals at Kentucky Fried Chicken, McDonalds and Pizza Hut. Indian cuisine is loved throughout the world and mostly known for its amazing use of spices called masala, which are used to make hundreds of curries. Some of the hallmark spices in Indian cuisine are chili pepper, black mustard seed, cardamom, cumin, turmeric, asafetida, ginger, coriander and garlic. The famous garam masala is a combination of at least five spices, ground together, which usually includes, cardamom, cinnamon and clove. Each region has a special garam masala blend to call their own. Indian food always uses spice but you can enjoy Indian food with or without the intensity of heat from peppers. Some Indian food is off the charts on the hot side but can be adjusted to suit your tastes. Rice, millet, bean pulses, potatoes and dahls, are all staple ingredients in Indian cuisine, along with delicious flat breads like naan, chapatti and roti.

To be honest, I had no idea how to tackle India from a cuisine standpoint. I decided to go with a vegetarian meal as an introduction to Indian cuisine. We enjoyed the meal with masala chai which means “spiced tea.” Chai is the national drink of India, and yes they are the largest producers of tea in the world as well. 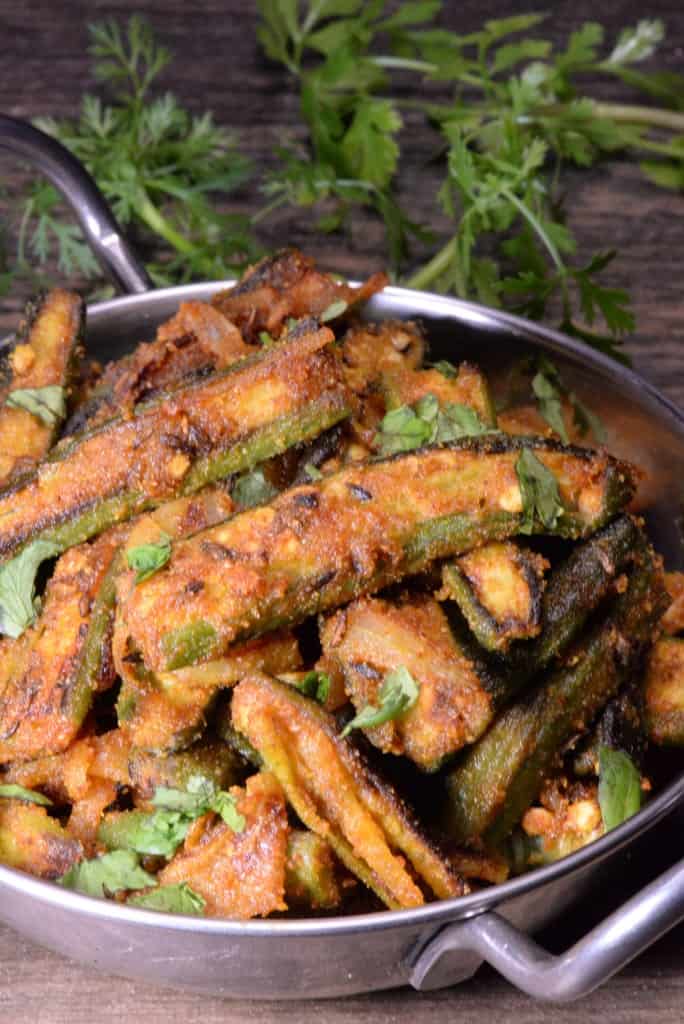 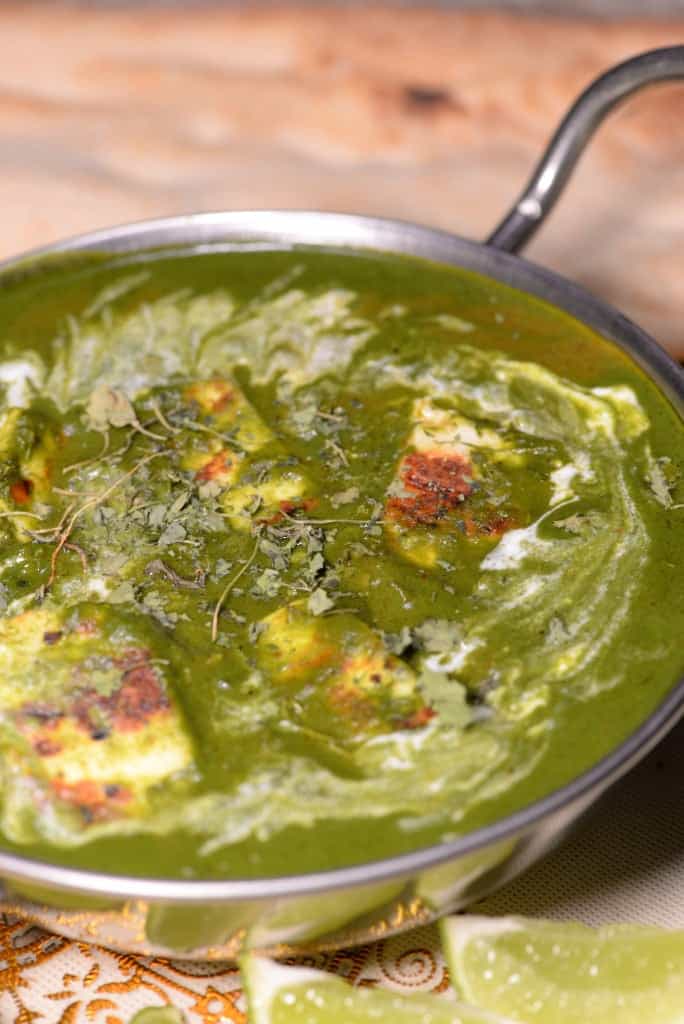 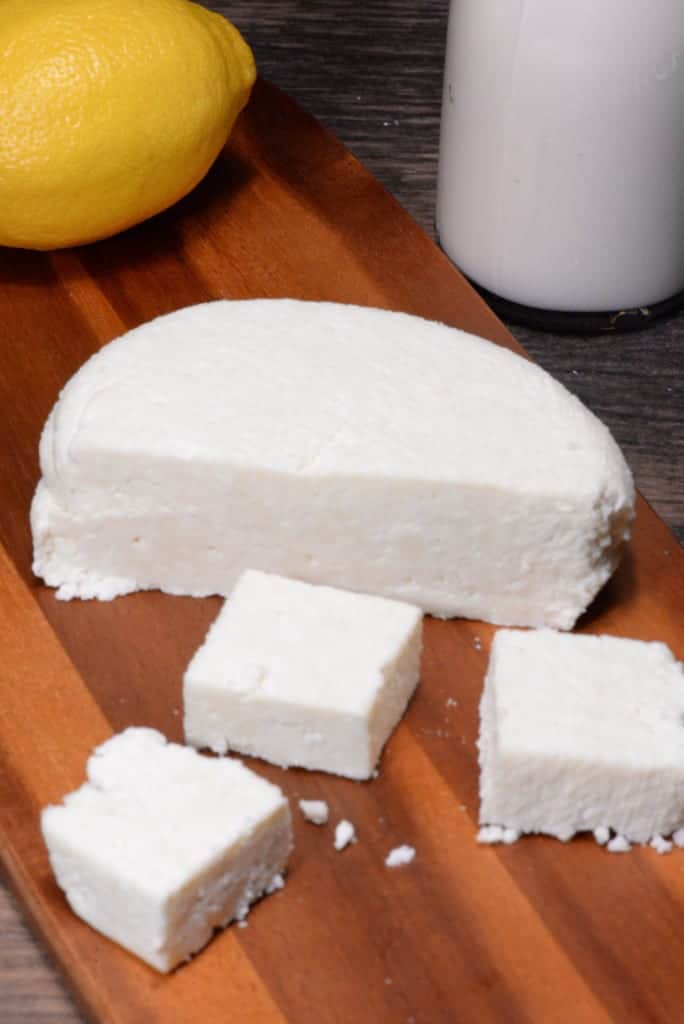 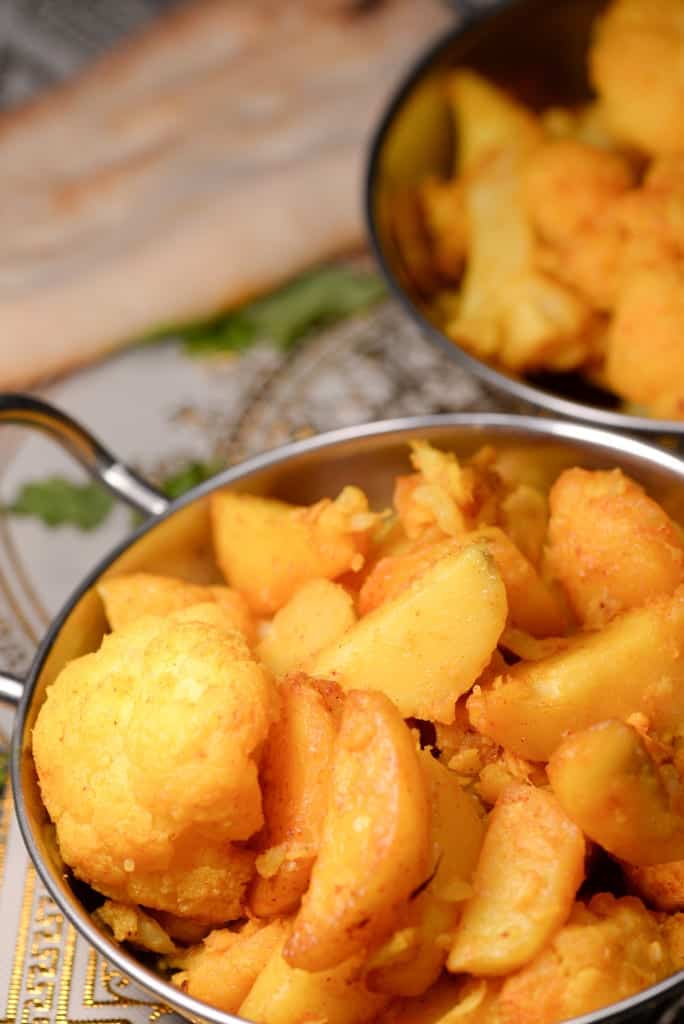 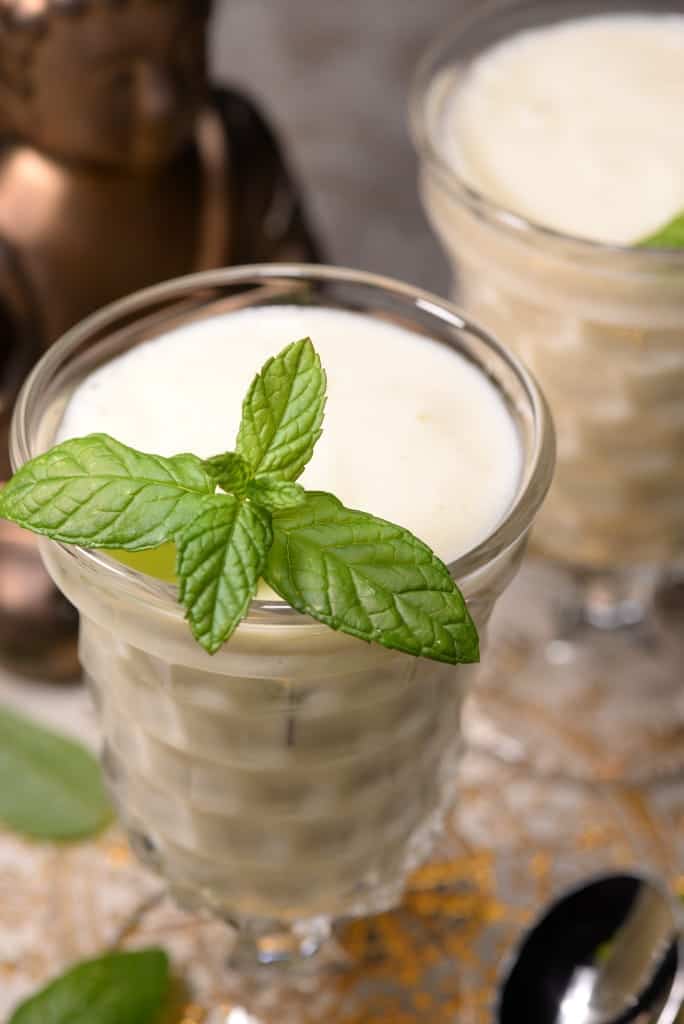 We placed a mat on the floor, along with some cushions, as it is customary to sit on the floor to dine in India. We removed our shoes, washed our hands, feet and face and sat down cross legged. The decorations included lotus flower candle holders, as the lotus flower is a sacred symbol in India especially to Hindus and Buddhists and is their national flower. In fact, in New Delhi, there is the lotus temple, which is one of the most visited in the world. It is shaped like a lotus flower with 27 gigantic petals that are covered in marble. We also placed a peacock feather to symbolize their national bird, and a Bengal tiger, their national animal, which used to roam all over the country but today, its numbers are threatened. We, of course, used only our right hand to enjoy the meal, which is their custom. It is important to know you should never share food, as it is considered contaminated if you have touched your mouth and then your food. Only the finger tips are used and never lick your fingers. You will wash your hands at the end of the meal as well.

Our first course was the dried, okra fry and it was absolutely amazing. The complex spices in the dish and the fact that it was not at all gelatinous, was a real treat. These little morsels were very easy to eat with only the right hand and we didn’t have a one left over; a delicious way to begin our vegetarian meal.

As a side dish, we served aloo gobi, which was also cooked in the dry style, with amazing spices. The potatoes and cauliflower were a wonderful combination; tender and delicious.

For dessert, in honor of their national fruit, the mango, we savored a mango lassi. Basically, it is a creamy, mango smoothie but it also served to soothe the palate after the heat from our amazing, vegetarian meal.

We thought about how, if you wanted to be a vegetarian, Indian cuisine would be a wonderful way to indulge. We loved every single dish and were totally full and satisfied. We then decided to have a little chess match over a movie called “Slumdog Millionaire”. This movie gives an interesting perspective of India and has won numerous film awards.

India is a complex country, many have said that it can’t really be explained, it must be experienced. As my nephew Eliot described last week, India is indeed a land of many contrasts and full of intense sensory stimuli. I hope to someday breathe her in myself, but in the meantime, exploring the many diverse cuisines, is a good place to start.

As we say goodbye, I leave you with a few inspiring quotes from Gandhi:
“Be the change that you want to see in the world.”
“You must not lose faith in humanity. Humanity is an ocean; if a few drops of the ocean are dirty, the ocean does not become dirty.”
“Where there is love there is life.”
“An eye for an eye only ends up making the whole world blind.”

Until next time,
Namaste’
Darlene