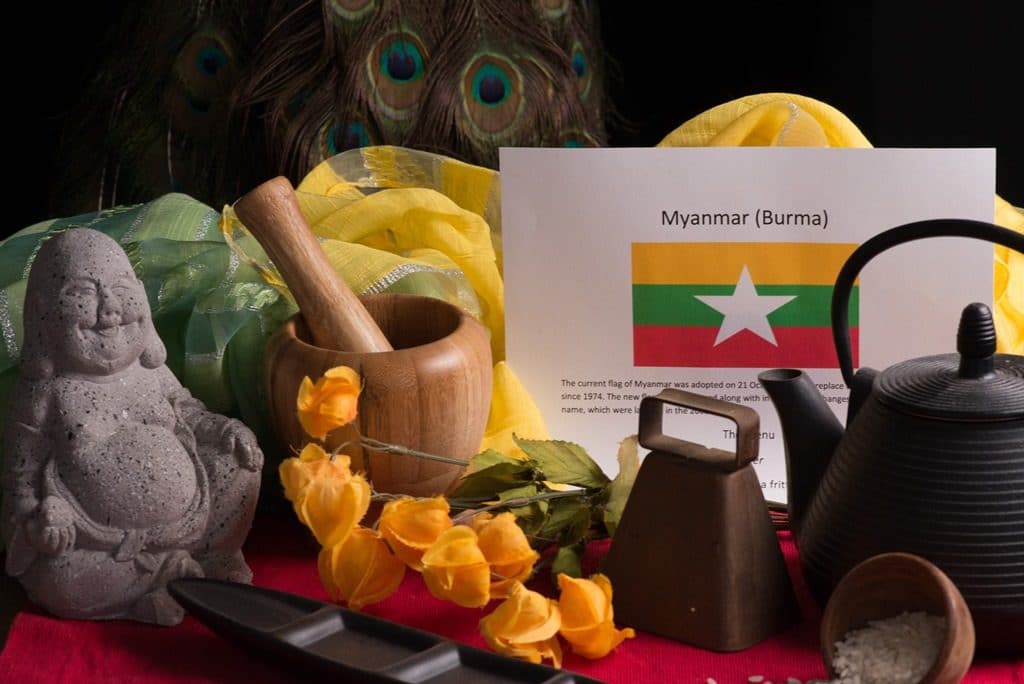 Myanmar is what this country is called today, but it is also known as Burma.  The official, English name was changed from the Union of Burma to the Union of Myanmar, in 1989.  It was the ruling military junta who changed the name to wipe away remnants of the English colonial period.  Since this was not done by the people, many countries did not recognize the new name and it is still a bit uncertain as to what the country should be called.  Burma came from Bama, which is the name of one of the largest ethnic groups.  However, this one group does not represent all the people.  There are over a hundred other ethnic groups who call the country home.  Myanmar is believed to mean a “fast and strong people” but also comes from the name of the majority Burmese, Bamar, ethnic group.  It was not just the country name that was changed; many of the city names were changed as well.  For example, the old capital city of Rangoon is now called Yangon and remains the largest city, however it is no longer the capital.   So, although confusing, you would be correct to call this country Burma or Myanmar.  I chose Myanmar simply because that is how it showed up in my world atlas book.

Located in southeastern Asia, she has a long coastline along the Andaman Sea and the Bay of Bengal.  Her neighbors are Bangladesh, India, Thailand, Laos and China.  Burmese is the official language but nearly one hundred ethnic languages are spoken as well.  About ninety percent of the population is Buddhist, with Christian and Muslim minorities.

Myanmar has an intriguing and rich history.  Stone tools were discovered dating back to 11,000 BC.  In the 11th century, the Bamar, King Anawrahta, converted the land to Theravada Buddhism.  This was considered to be the Golden Age.  He built the first temples at Bagan (Pagan.)  It was during this age that thousands of stupa, dome shaped Buddhist shrines, sprouted up under successive kings.  From the 11th to 13th centuries, over 10,000 Buddhist temples, pagodas and monasteries were constructed in the Bagan plains alone.  It is believed that so much money was poured into the building of the stupas that it ended up being the demise of the kingdom.  Today only about 2200 remain, after earthquake and war damage over the years.  The most recent earthquake was in 2016.  That earthquake alone destroyed nearly four hundred temples.  Myanmar has started a reconstruction effort with the help of UNESCO.  This area is now an important tourist attraction for the country.

Myanmar gained Independence from the British back in 1948, after being under their rule since 1885.  There was a brief time during World War II when the Japanese took over the area and it became a major, battle ground, during which time, much of the country was destroyed.  After gaining independence, there was a coup in 1962.  The military junta took over and began to shape a single-party, socialist system.  It was considered a pariah state while under this oppressive rule.  The generals who ran the country suppressed almost all dissent, which was symbolized by the house arrest of opposition leader Aung San Suu Kyi.  Her late father, General Aung San, was considered to be the Father of Burma and was assassinated on July 19th, 1947.  The military junta was accused of gross human rights abuses, which resulted in worldwide condemnation and harsh sanctions.  Since independence, civil wars have been a constant problem.  Even today, foreign journalists and visitors have to obtain special permits to travel to areas where civil war continues.

The country, in turmoil, was forced to make changes when they held “free” elections in 1990.  Although the party of Aung San Suu Kyi won 81 percent of the seats, the military junta refused to cede power.  She was under house arrest for 15 of 21 years between 1989 and 2010, which made her one of the world’s most prominent political prisoners.  In a landmark election in 2015, her party won a majority in both houses.  In the beginning of 2016, and for the first time since the military coup of 1962, a non-military president took office, named Htin Kyaw.  Despite the win, the military still remained in charge of many aspects of government.  Aung San Suu Kyi, leader of the National League for Democracy, is constitutionally barred from becoming president.  A role similar to Prime Minister was created for her, called State Counselor.  Her presence in government and as a Nobel Peace Prize winner back in 1991, remains a sign of hope for a successful transition to a free, democratic system.

The country has promise as an emerging economy.  It is projected to have a growth rate of nearly eight percent for the next several years.  Their main agricultural industry is rice, which covers about 60 percent of the country’s cultivated land.  Garment production is an important industry as well.  The Myanmar government introduced a meager minimum wage for garment workers in 2015, of $2.80 per day.  The country has some great natural resources, such as gems, especially rubies and sapphires, although many top retailers will not purchase them due to inhumane conditions in the mines.  Oil and gas production has increased recently.  However, tourism will be a massively growing sector of the economy, as the world wants to see this land that was off limits for so many years.

As we look into the cuisine of this mystical nation, we can right away see how blessed it is with its neighbors’ influences alone.  Indian, Chinese and Thai influences are the most prominent.  Myanmar is a large country and therefore has regional and ethnic differences as well.  Rice, both regular and sticky, are staples.  Fish sauce and fermented seafood are used extensively in the cuisine.  Mohinga, rice vermicelli noodles in a fish broth, is considered to be the national dish and is often eaten for breakfast.  Seafood is common in the coastal cities, whereas meat and poultry are more common inland.  Pork is the most often consumed meat, as the cow is revered by devout Buddhists.  Vegetarian dishes are also prevalent.  Freshwater fish and shrimp from the rivers, are used in a variety of ways and are an important source of protein.

They also enjoy a large number of fruits and vegetables.  Salads are especially loved and often several are provided at once.  Condiments are always available, from sweet, to sour, savory and hot.  This allows you to make your dish according to your taste.  In traditional Burmese, medicine foods are divided into two classes, heating or cooling, based on their effects on one’s body.  They also have some interesting superstitions about food, like you shouldn’t eat chili while pregnant or your child will not have a good head of hair.

So let’s enjoy a Burmese meal: 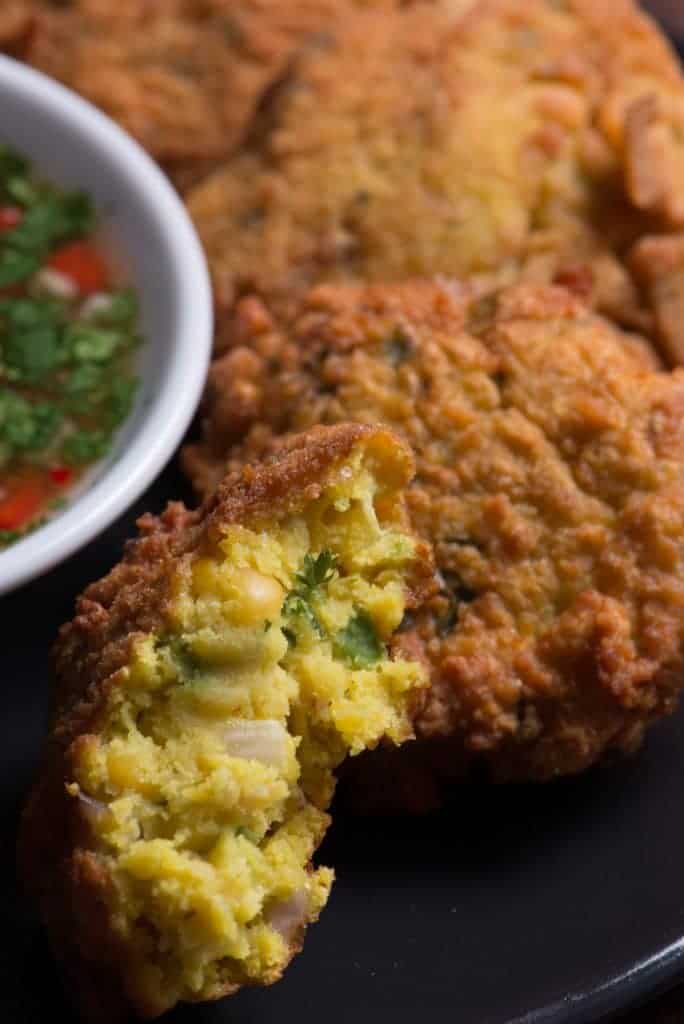 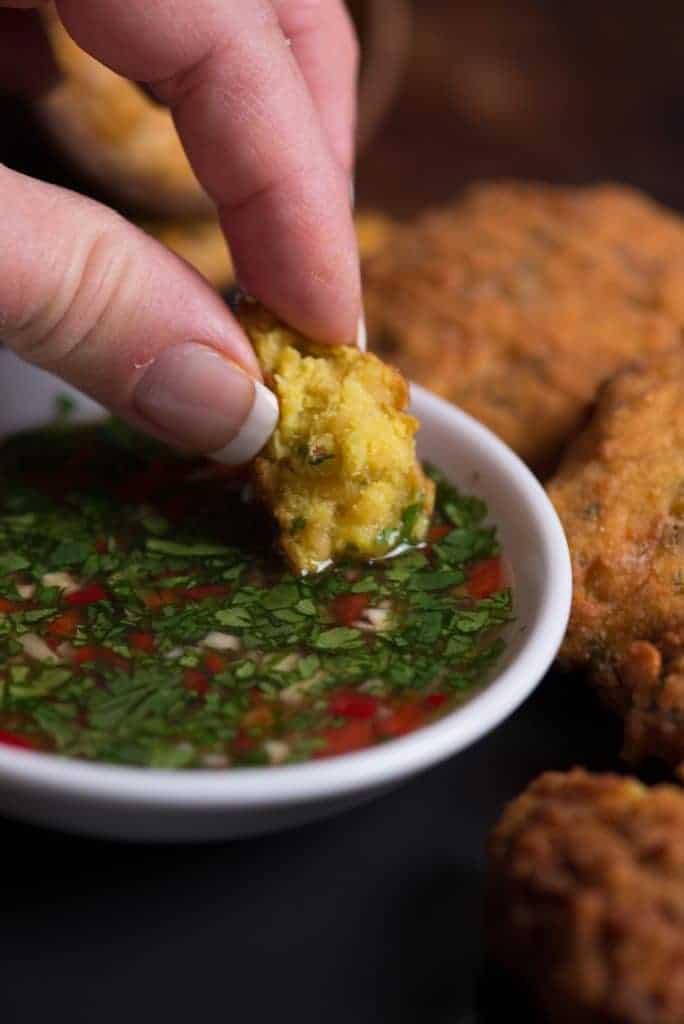 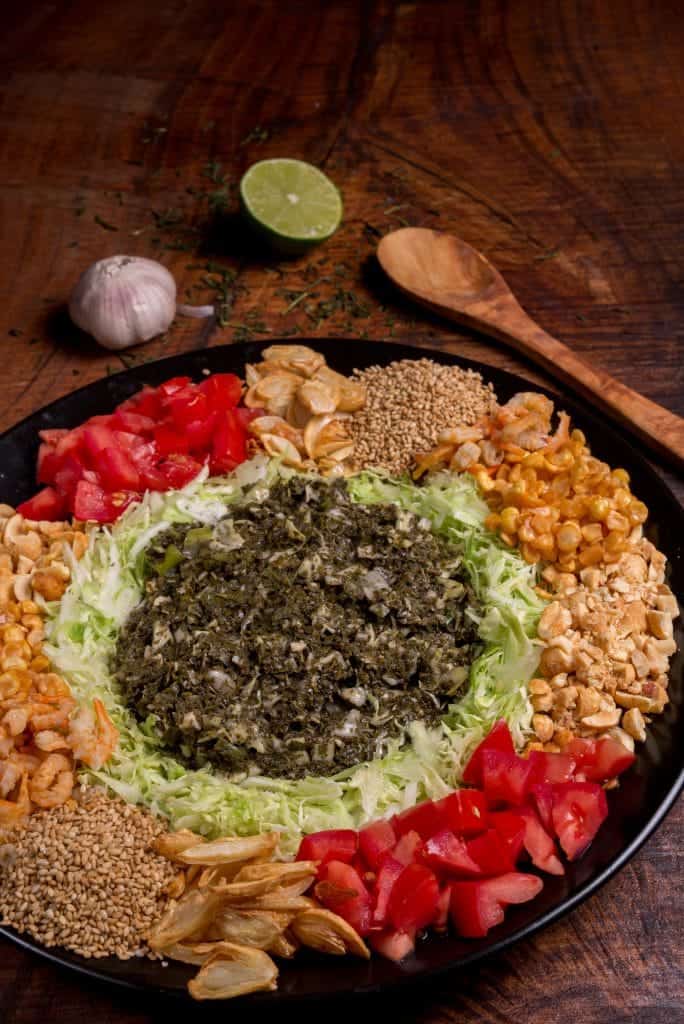 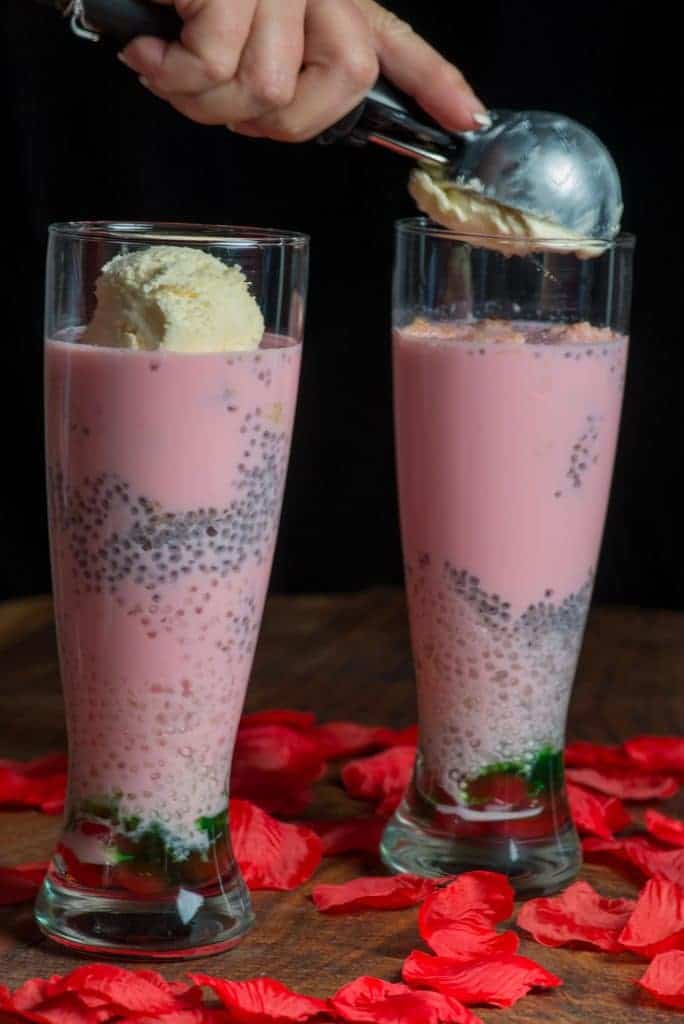 We set bamboo mats on the floor to sit and eat at a low table, as would be customary in Myanmar.  We decorated with a peacock, as it is the national bird.  It is common to eat only with your right hand, taking a piece of rice first making it into a ball and then dipping it in an assorment of dishes.  I did not make rice for our feast, instead Mohinga, the national dish was chosen for the main course, which is filled with rice noodles, which we ate with chopsticks.  We enjoyed a beer with our meal, which is very popular there.

Our first course was spiced, yellow, split pea fritters.  They were easy to make and delicious right out of the fryer, with a little dip into the sweet and sour dipping sauce.  The fritters are spiced up with chili pepper as well as cumin and turmeric.  We loved these little morsels. An interesting little note, when you want more or want to get your servers attention in Myanmar,  you make a smooching/kissing sound.

Typically, in Myanmar, the whole meal would be served at once  but we began with the fritters and next up was the famous, Laphet Thoke.  This is a fermented, green tea leaf, salad that includes all sorts of crunchy bits.  The fermentation takes about four days, so you need to plan ahead to include this in your menu.  I am totally addicted to this salad.  It is everything I love about southeast Asian cuisine,  The star of the salad is fermented green tea leaves, which are slightly bitter but in a good way.  The salad, also includes: cabbage, fried split peas, garlic, toasted sesame seeds, roasted peanuts, plus tomatoes and dried shrimp.  It hits every taste sensation.  It is sweet, sour, salty and with a bit of umami from the fish sauce.  The texture is also amazing.  It was dressed with a simple mixture of lime, sugar, fish sauce, and garlic oil.  This is my new favorite thing.  As far as I can tell, Mynamar is the only country that actually eats tea leaves.  Perhaps it will become the latest food trend.

Mohinga is the national dish and usually eaten for breakfast.  I really wanted to try it, so I made it as part of our Burmese meal.  It has an onion paste, base that is flavored with lemongrass, chilies, ginger, garlic and  shrimp paste and a delicious, catfish broth.  The soup recipe also included a banana stem. which I couldn’t find, so I substituted banana blossoms instead.  The broth was served over rice noodles, topped with chopped hard-boiled eggs, coriander, limes, crispy onions, fish sauce and chili flakes.  It is easy to see why this is the national dish… you can make it into whatever you like.

For dessert we served falooda. This is likely an influence from India but this type of drink/dessert is popular throughout many countries.  It has a bread pudding base and the milk is flavored with sweet rose syrup.  It has sago or pearl tapioca, along with sweet basil seeds  and topped off with a scoop of vanilla ice cream.  It was pink and delicious, oh I almost forgot to mention the sweet jello bits in it as well.  It was a perfect treat on a hot, summer like day…….. YUM!

As we say goodbye to this mystical country called Myanmar, we decided to try our hand (actually our feet) at the national sport, called chinlone.  It is somewhat similar to hacky-sack, where you just use your feet to kick a small ball around.  They do it as if it was a dance and the game can be mesmerizing  to watch when played by pros.  We were lucky to keep the ball in the air for only a few kicks, but we had fun trying.

I leave you with a few Burmese proverbs:

When it rains, collect the water.

If you really want honesty, then don’t ask questions you don’t really want the answer to.