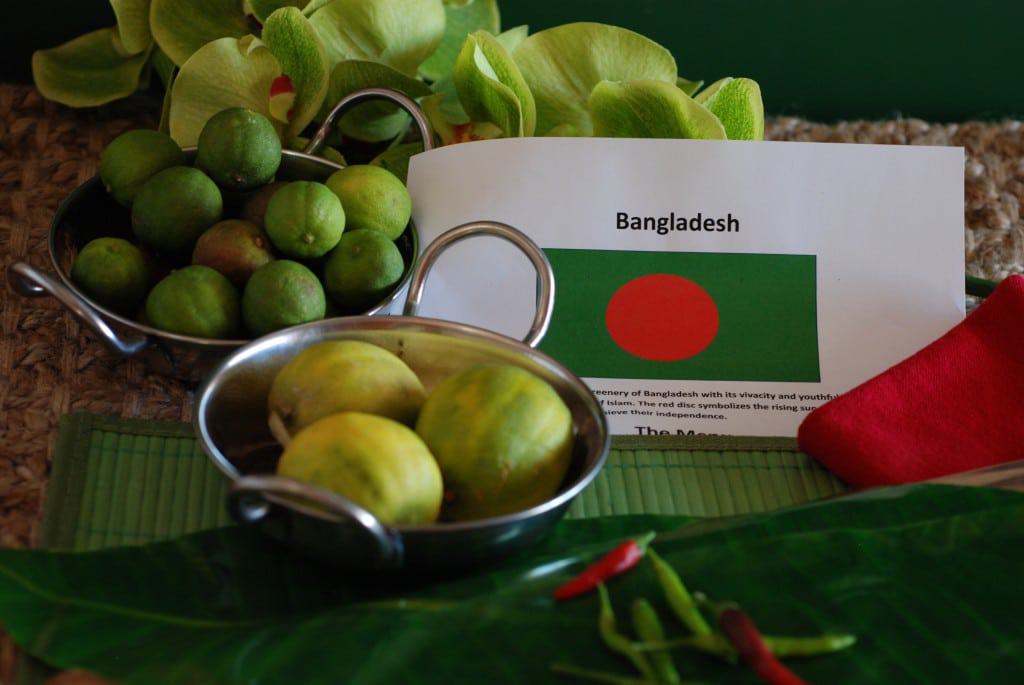 The land where Bangla is spoken is called Bangladesh. Bangladesh is a country with serious challenges from Mother Nature; floods, cyclones, tornados, earthquakes and tide bores abound, especially in the monsoon season. Only three seasons prevail there; winter (Nov-Feb,) summer (Mar-June) and monsoon (Jul-Oct). In 1991 a cyclone of epic proportions hit, killing over 140,000 people. In 1998 Bangladesh had the worst flooding in modern history. Major rivers overflowed, swallowing 300,000 homes, killing 1000 people and leaving 30 million people homeless. Two thirds of the country was under water. Yet despite such tragedy, Bangladesh is the most populated (non-island) nation on the planet, with nearly 2500 Bengalis, per square mile.

Bangladesh gained independence in 1971. She was formerly called East Pakistan and prior to that East Bengal and has also been challenged by man-made forces. She has been ruled by Indian Empires, Buddhist kingdoms, the Moghul Empire, the British Empire and Pakistan. The red disc on her flag represents the rising sun and the blood, shed by the countrymen to achieve her independence. There was indeed massive bloodshed in her struggle for independence; suffering the worst genocide since World War II. Millions were massacred by the West Pakistani Regime. As recently as 2013, members of the regime, were tried and sentenced for their crimes.

She is also poor; one of the poorest countries on earth. This is despite being a world exporter of textiles and garments, fish and seafood and jute. Ship building in Bangladesh, is also a trade gaining world notoriety. More recently, Bangladesh has made financial strides. She is the birthplace of micro-finance, started by Mohammad Yunus (who was awarded the Nobel peace prize in 2006.) Close to 5 million people benefited from this system of providing small business, empowerment loans to hopeful, business people.

Today Bangladesh is still figuring out her way, but one thing is clear, her people are fully connected to the natural land, where one of the most fertile river deltas in the world exists. She is an agricultural based country; vibrant and green in the growing season and then bathing the countryside in a golden glow, during the harvest season. Their main harvest, rice, provides one of the most joyful occasions, with its many fairs, festivals, traditions and smiles. It would be unheard of for Bengali's to go even a day, without rice.

The homes in Bangladesh are built on earthen or raised wooden platforms to keep the flood waters at bay. Their main crops are rice, tea, tobacco, sugarcane, vegetables and potatoes. They also enjoy bananas, mangoes, pineapple and jackfruit. She has two main rivers, the Ganges/Padma flows from the Northwest and the Brahmaputra/Jamuna enters from the North. Her capital city, Dhaka, lies near where the two meet. Fish and rice are staples in Bangladesh cuisine however, access to clean water and protein is difficult for the impoverished.

Bengali’s live by a hierarchal code. The elders are well respected and the ones that make the decisions for the family. Women traditionally are in charge of the household and not encouraged to go outside their local neighborhood unaccompanied. Due to the crowds, men do most of the shopping. Women cook on a hearth, either in a small mud or bamboo structure, called a rana ghor. One tool they use is a cutting implement called a bothi. It is a rather large, sickle type knife attached to a metal or wooden base. The women today sit on the floor and use their feet to hold the wooden base, freeing up both hands for the meticulous act of cutting. This is a remarkable art form and vegetables can be cut in a huge array of shapes and sizes to promote an even cooking time for a particular dish.

As I searched for our International Cuisine meal for Bangladesh, a couple of things became clear. First, the flavors of Bangladesh must include a five spice blend (made from a nigella, mustard, fenugreek, fennel and cumin seeds) called, Panch Phoron, as well as mustard oil; both ingredients are found in multiple recipes. Second, our meal must honor their passionate love for food. It is a singular occasion to eat a meal in Bangladesh, where every morsel is savored and cherished during the sanctity of the gathering. 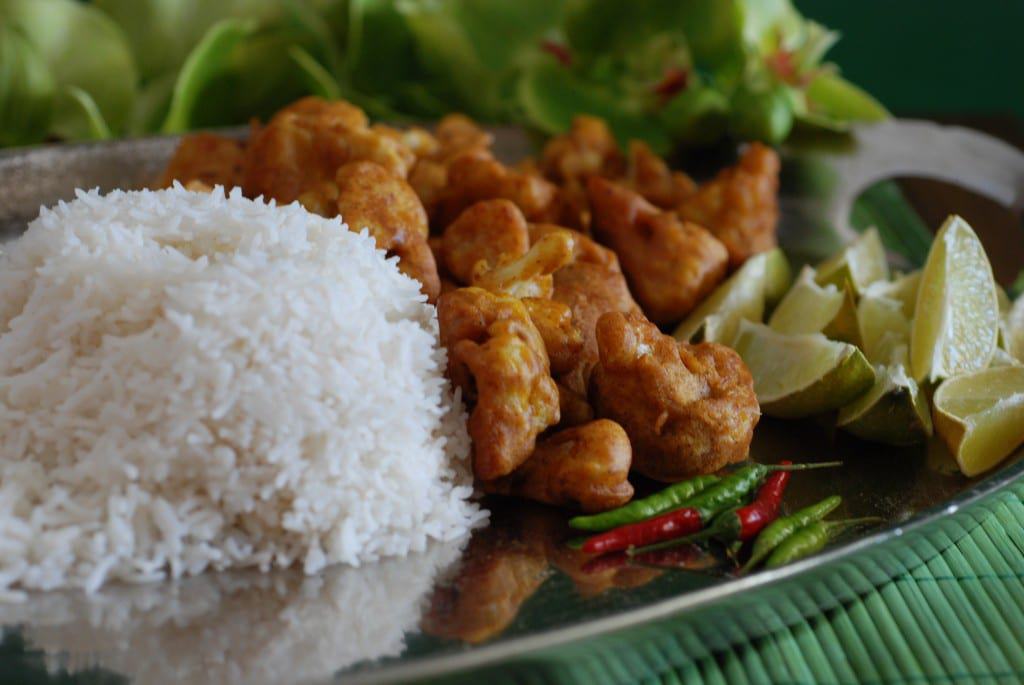 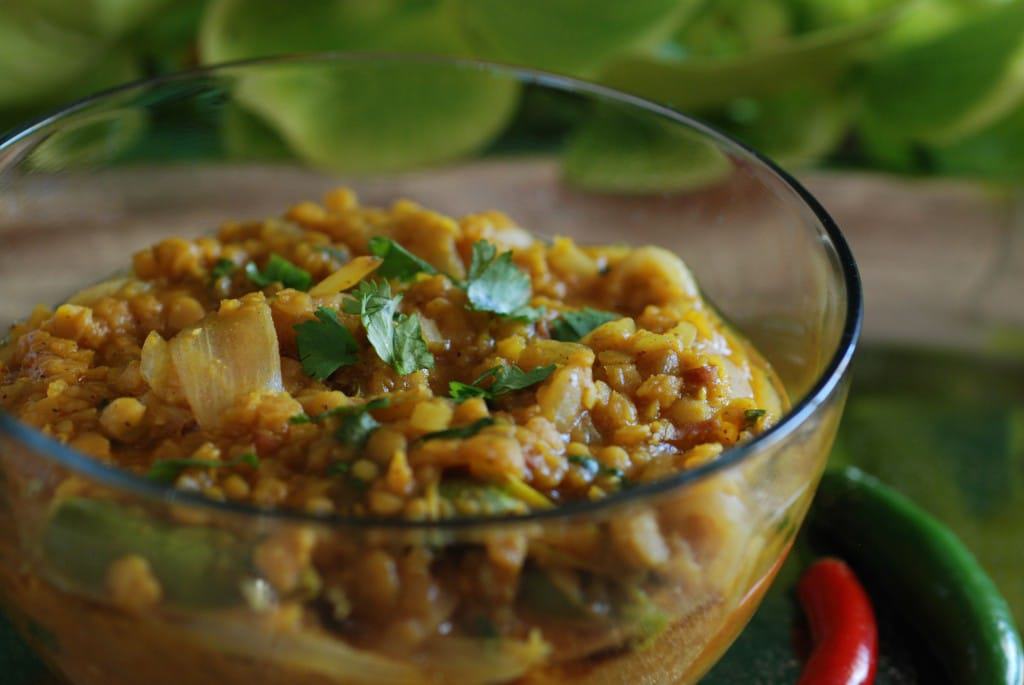 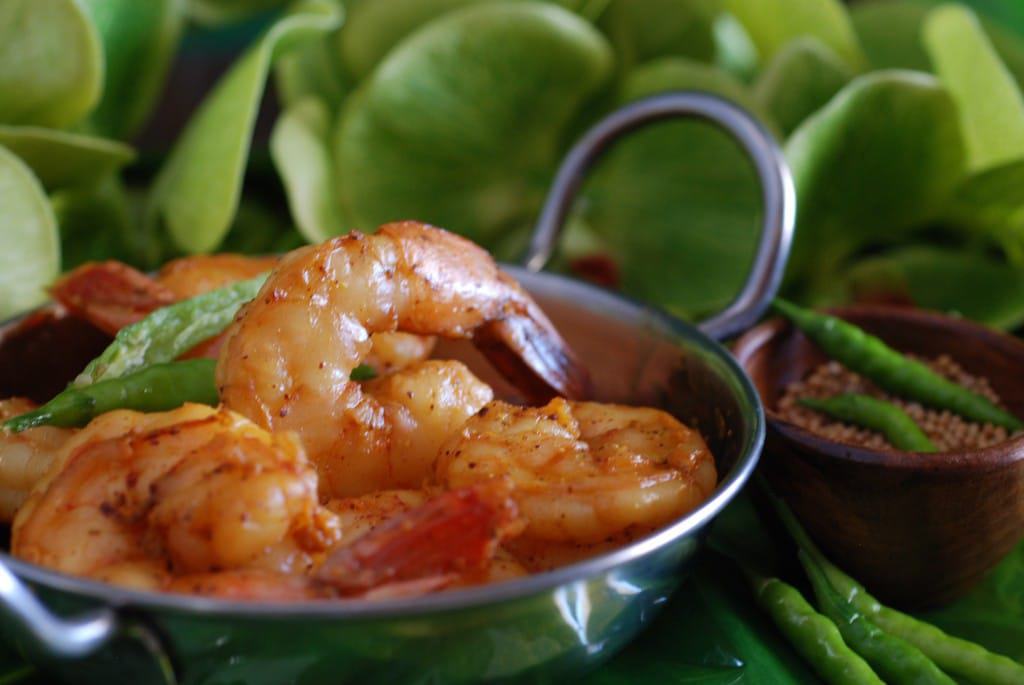 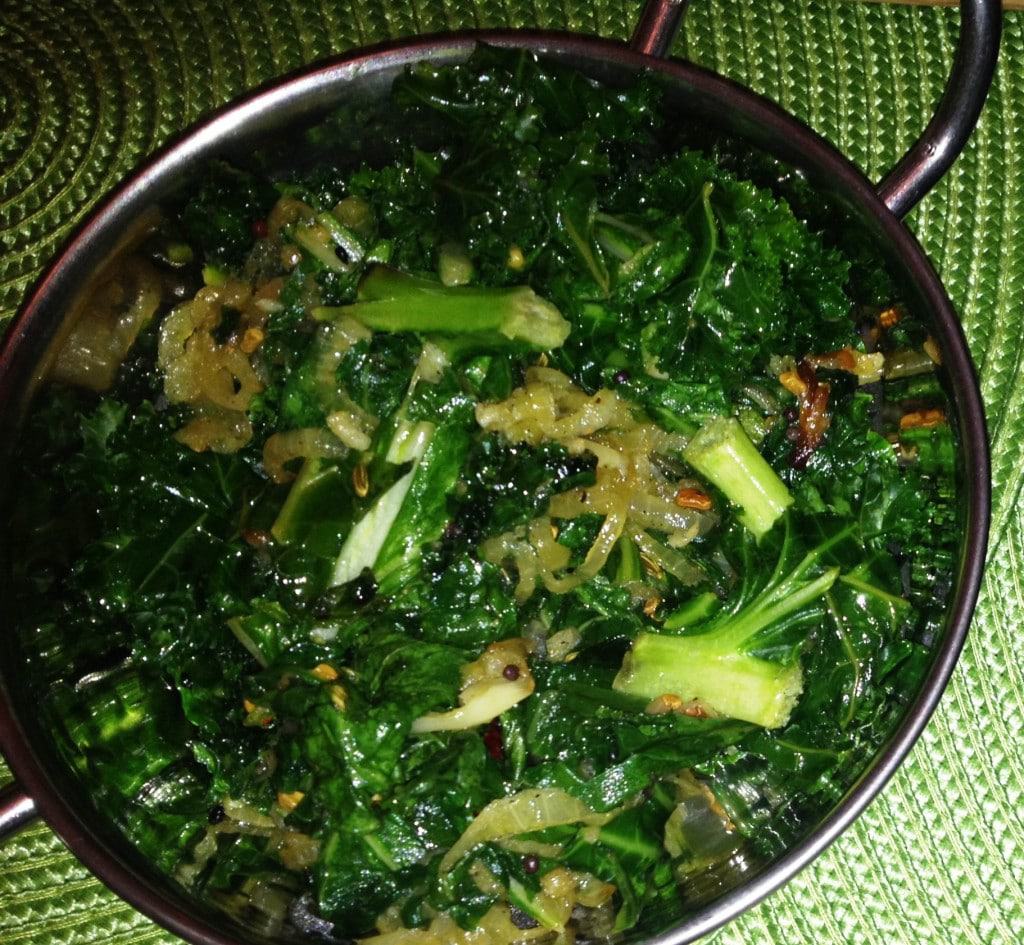 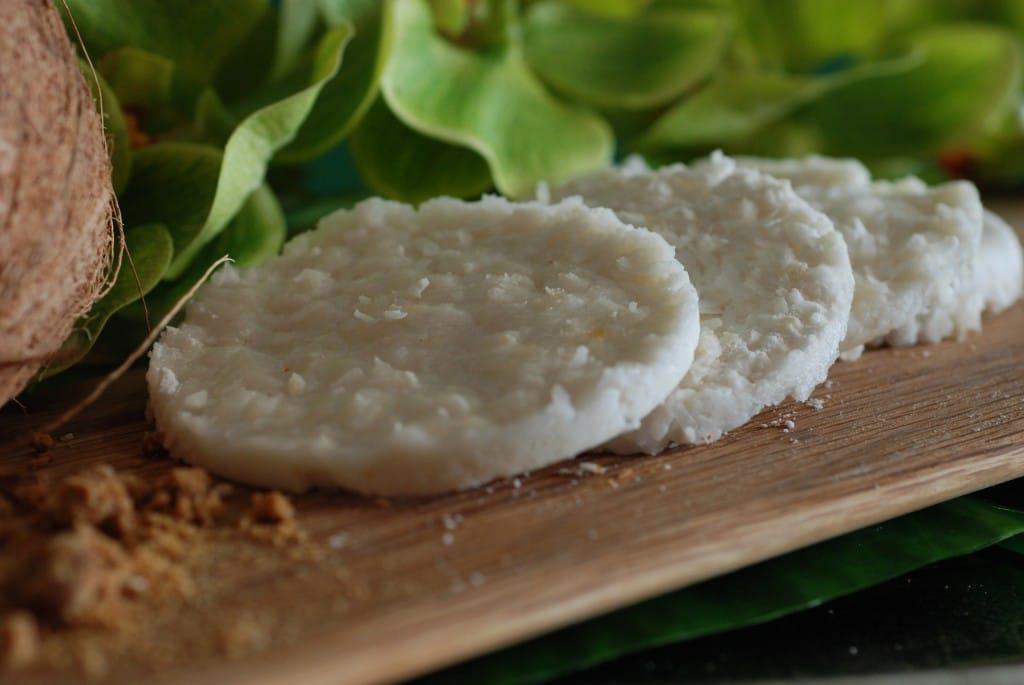 We set our jute rugs on the floor (one for each person), which in Bangladesh, are called asans. (One could also use bamboo or carpet.) We washed our hands over a large bowl and only used our right hand for eating, drinking and passing the food. In front of the asan, we placed a metal platter lined with banana leaves. In the center of the platter was a mound of piping hot rice, flanked by the cauliflower fritters, wedges of lime and whole green chilies. In the center of the rice, a small hole was made for the ghee, to flavor the initial bites. Around the platter were smaller bowls filled with all of our dishes for our Bangladesh meal. Mashur Daal, a delicious red lentil soup/stew was creamy and wonderfully spicy. The steamed prawns had a unique flavor, having cooked them in a mustard oil sauce and the side of mixed leafy greens, with the distinct flavor of panch phoron, was excellent. We ended our meal delighting in a sweet version of Bhapa Pitha, with some sweet tea and milk.

The food was excellent and it is often said, if you have ever eaten at an Indian restaurant and really liked it, it was probably food from Bangladesh.

This week, I leave you with a Bengali greeting:
“Assalam Waleykum” (“Peace be with you”)
To which the response would be:
“Waleykum Assalam” (“and with you”)
You would shake hands with the host of your same sex, but not to firmly, and then as a sign of respect, you would place your right hand over your heart.