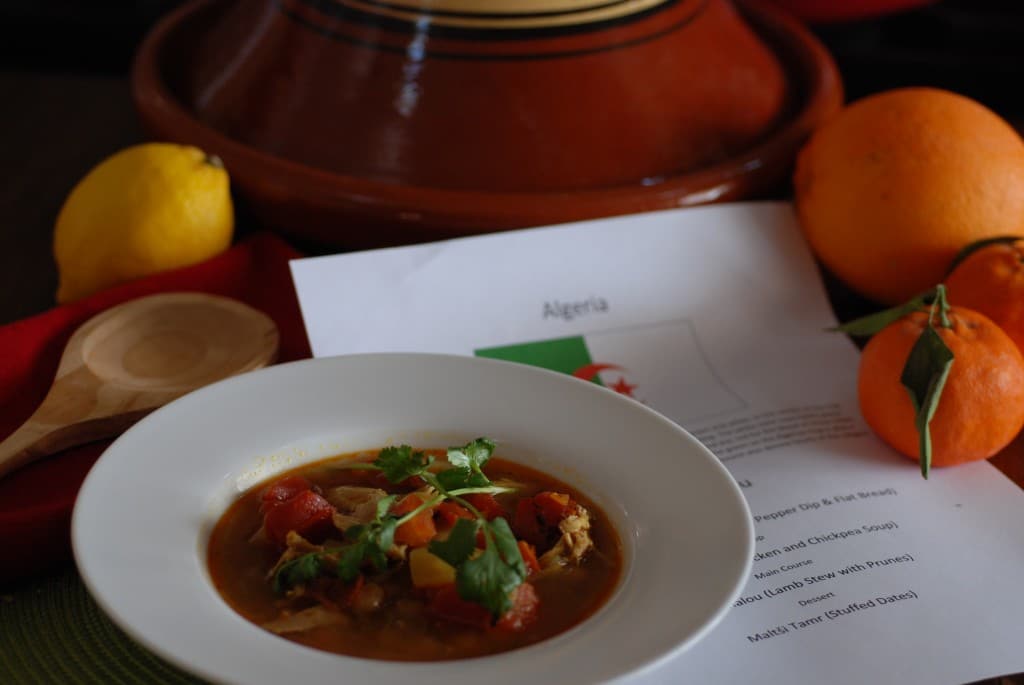 Algeria is the 11th largest country in the world, located in northwestern Africa and spreads some 920,000 square miles. It gets its name from the capital city “Algiers” located on the Mediterranean Sea. Algeria's history goes back more than 1.8 million years. The indigenous people, called Berbers, were pushed away from the coastline by their frequent invaders. She was occupied by the French in 1830 and only gained independence July 5th of 1962. Algeria's enticing neighbors include; Libya, Mali, Mauritania, Tunisia, Niger, Western Sahara and Morocco.

Algerian cuisine, known for its flavorful and often spicy seasonings, takes it cues from the Berbers, Turks, Arabs, Spanish and French. Some Algerian essentials include “ras el honout”, a North African spice mix that can contain from 8 to 100 spices and varies by region. Other common spices include saffron, ginger, cinnamon, turmeric, cumin, cilantro or coriander, garlic, onion and mint.

Most of Algeria is a vast expanse of drifting sands in the Saharan Desert. Eighty percent of the population is Arab while the remainder is Berber. The population is predominantly Muslim, so pork is not consumed, nor is alcohol.

Couscous is considered the national dish of Algeria. In Arabic is it pronounced “Kuskusi”. It is commonly mistaken as a grain but it is actually a pasta made with granules of durum wheat called semolina and water. The dough is pressed through a sieve to create tiny pellets. Making it from scratch is becoming a lost art, as it is easily found packaged. In Algeria they have a special cooking vessel called a Quadra el ta’am or a Couscousier. This special pot consists of two compartments, the bottom section is used to cook the sauce, meat and vegetables. The upper portion is like a colander which allows the steam to permeate the couscous, infusing the flavors of the sauce and meat below.
Lamb is the meat most often consumed in Algeria. The most popular Algerian recipe is merguez, a special handmade spicy lamb sausage that originated along the Atlas Mountains and has worldwide notoriety.

Another cooking apparatus used is the tadjine, handmade in parts of Algeria. It is used to cook their many specialties, especially in the western part of the country. The Algerian tadjine is different than the Moroccan tagines as it is a flat, clay griddle, used to make flat breads and even Algerian pancakes. They use decorative tagines that look similar to the Moroccan versions but are glazed to showcase their vibrant culinary creations.

The chosen flavors of Algeria…. 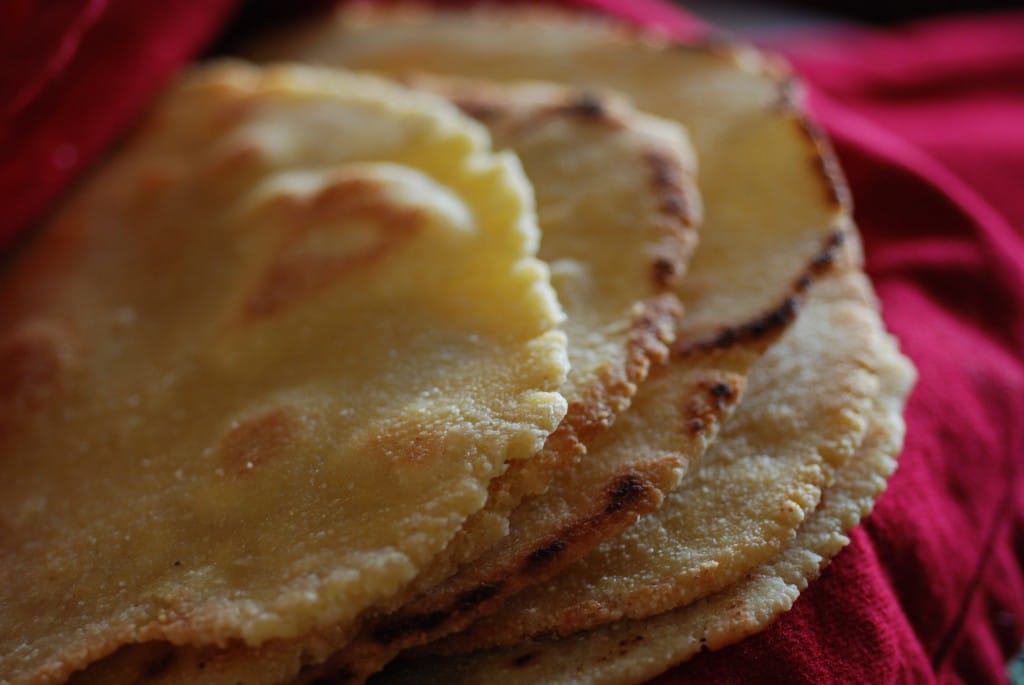 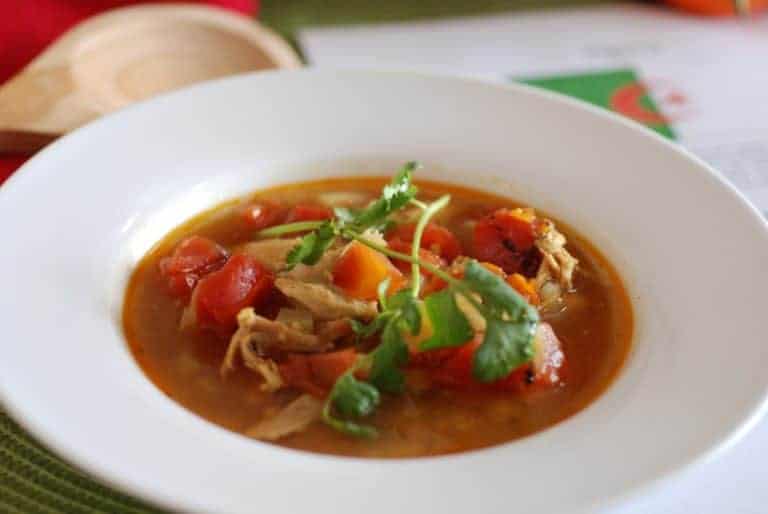 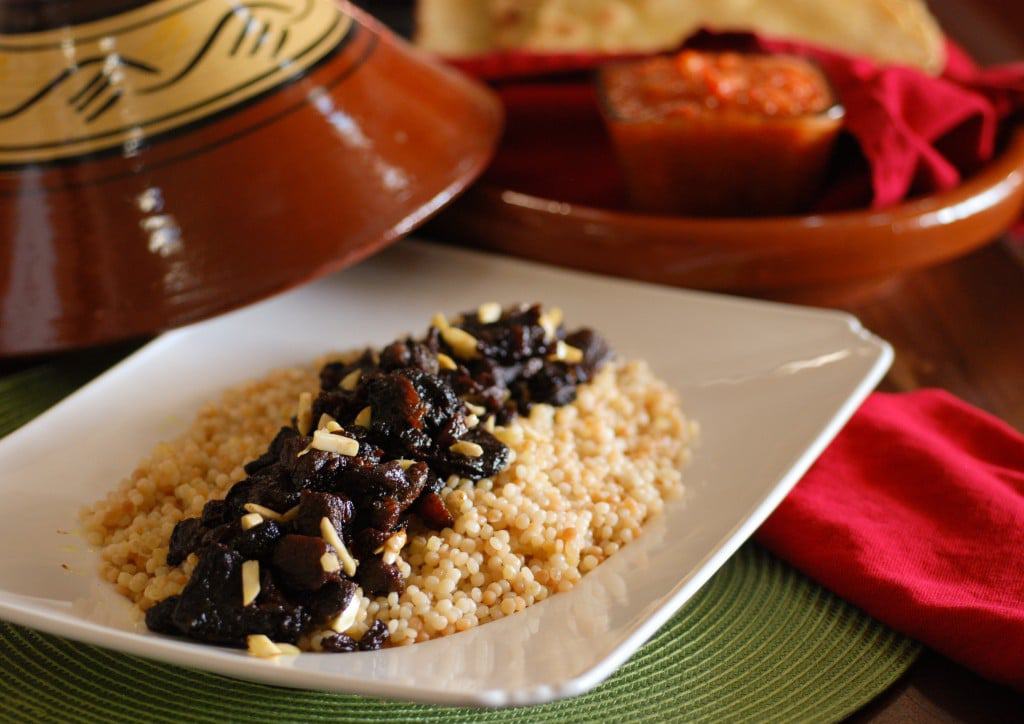 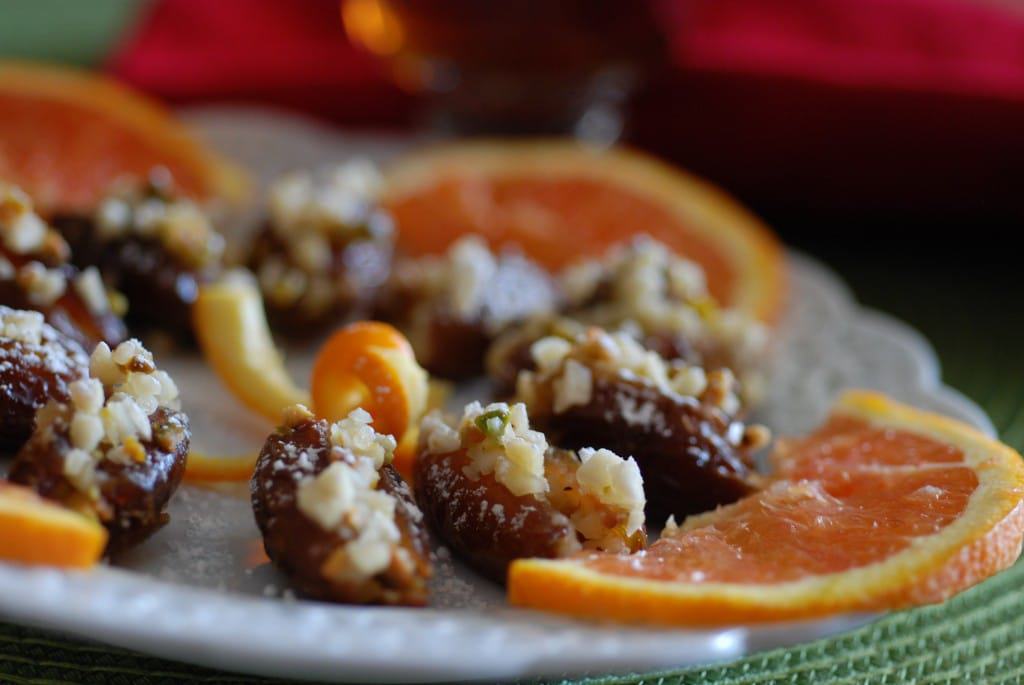 For the setting, I chose the coffee table. In Algeria you would likely eat at a low to the ground table called a tbla or mida. I placed a copper basin of perfumed water on the table to wash our hands. In Algeria , the food is eaten with the thumb, forefinger and middle finger of the right hand, as the left hand is considered unclean. One should never use more than three fingers; that is considered rude and a sign of overeating. Food is always passed to the right.

The meal began with the crispy flat bread and roasted red pepper dip, reminiscent of chips and salsa. It was refreshingly spicy. Next we tried the chicken and chickpea soup. I loved both the texture and flavors of this unique soup. Our main course was lamb stew and prunes served over couscous. We savored each sumptuous bite. We finished our meal with stuffed dates and a hot mint tea; a perfect ending to an outstanding and exotic meal.

I leave you with a couple of Algerian proverbs:

Ki nchouf ham el nass nansa hami – When I think of the others misfortunes, I forget mine.