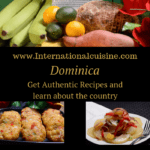 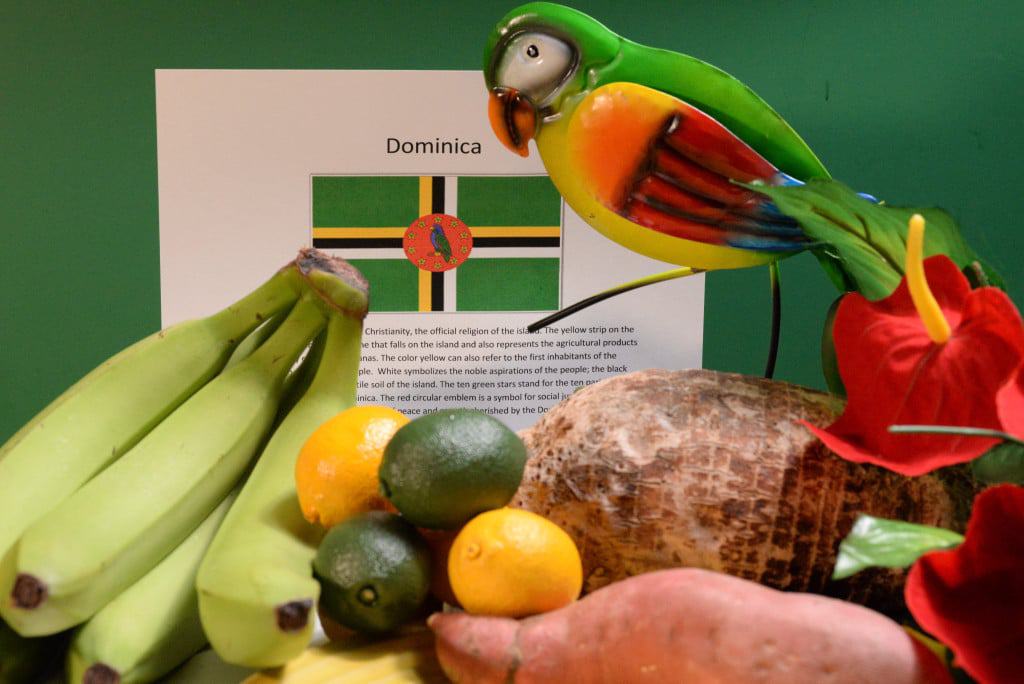 Dominica gets her name from Christopher Columbus’ second voyage to the new world. He sighted the island on November 3, 1493, on a Sunday or “The Lord’s Day” and so she was named the Latin word for that day, Dominica. The original name for the island was Wai’tukubuli, meaning “tall in her body.” The original inhabitants were the Arawaks, however they were annihilated by the more aggressive Caribs. The small island located in the eastern Caribbean is part of the Lesser Antilles. Dominica is located between two French controlled islands, Martinique, 27 miles to the south and Guadeloupe, 30 miles to the north. The Caribbean Sea is to the west and the Atlantic Ocean to the east. She is only 29 miles long and 16 miles wide. The British ended up colonizing the Island of Dominica, however it changed hands between the French and the British many times. Dominica finally claimed Independence on November 3, 1978.

The island is volcanic, one of the newest and the most mountainous of the Lesser Antilles, with peaks over 4500 feet high. Dominica was also the last island in the region to be colonized. Legend has it that when Christopher Columbus returned to Spain and was asked about the island called Dominica, he crumbled up a piece of parchment paper and threw it on the table and he said, “That’s what she looks like.” The topography did not make the island an ideal location for sugar plantations and she ended up being a hideaway for indigenous Carib natives and later for escaped slaves. Lush, tropical rainforests cover about two-thirds of the small island and although she does not have all the white sandy beaches most Caribbean Islands are known for, she is rich in waterfalls and rivers. Actually she has a whopping 365 waterfalls; the Dominicans like to say they have one for each day of the year! She gets plenty of rainfall, from 50 inches on the coast to 300 inches in the mountains. Today the island is popular as a secluded honeymoon destination and also known for fantastic hiking.

The population is mainly of African descent, however there are still 3000 Caribs living on a 3700 acre reservation that the Queen of England set aside for them back in 1903. It is believed that this is the only Island that has original Carib inhabitants still living. The official language of the island is English however due to its proximity to the French controlled islands surrounding them, they commonly speak a French-influenced style of Creole. The main religion on the island is Roman Catholic with some Protestants and some who follow West African beliefs in spirts and witchcraft. There is also a small percentage of the people who are Rastafarians; a relatively new religion based on a black messiah being the savior. Dominicans enjoy religious freedom on the island. Their national motto is “After God, it is the land”.

Bananas are at the heart of the economy and their primary export item. However they are striving to diversify. Price fluctuations can be devastating to the economy and natural disasters are not uncommon. They have suffered horrendous hurricanes which have nearly destroyed their crops completely. Tourism is one of their diversification strategies, now a stop on many cruise ship tours, she is known as “the Nature Island of the Caribbean.” One of the attractions on the island is Morne Trois Pitons national park. It is a UNESCO world heritage site that has freshwater lakes, hot springs, a boiling lake, along with five volcanoes and said to have the richest biodiversity in the Lesser Antilles.

Dominicans love to celebrate and have many occasions to do so. Many are around religious holidays and Saints’ Days, but several revolve around her independence. There are celebrations beginning in August which include Heritage Day, Creole Day and a very well- known, three day celebration called the World Creole Music Festival. This festival grows each year with major talent from the surrounding islands and provides a way to promote Creole music as a major musical art form.

As we look into the cuisine of this small island country, it clearly has a diverse and healthy one; with influences from the African descendants and also from the English and French. Of course bananas, or figs as they are called there, are a mainstay in the diet as well as the vast local edibles found on and around the island. Their previous national dish was a delicacy called mountain chicken, made from the second largest species of frog, called the Crapaud. This species of frog was only found on Dominica and is now an endangered species, thanks to an outbreak of Chytrid fungus disease. Today efforts are being made to keep the frog on the planet. If you are ever visiting Dominica and you are offered this delicacy, decline! There are plenty of farm raised frog legs available without contributing to the extinction of the Crapaud. Today, the national dish is a favorite of the Africans, called callaloo, a soup made of dasheen leaves (taro root leaves,) mixed with seasonings, vegetables, meat and coconut milk. 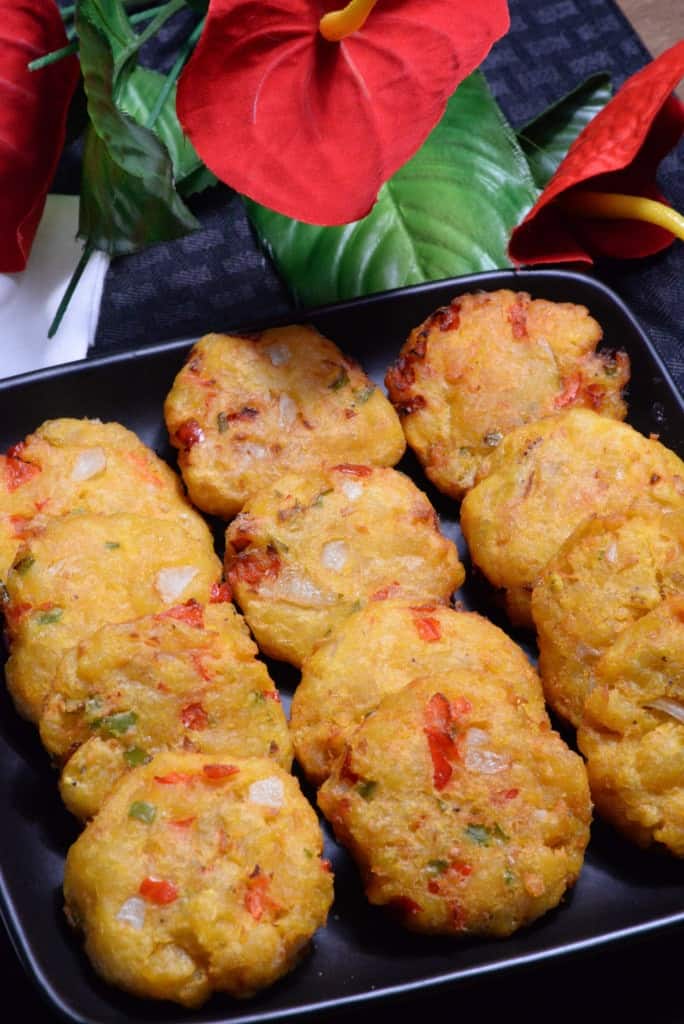 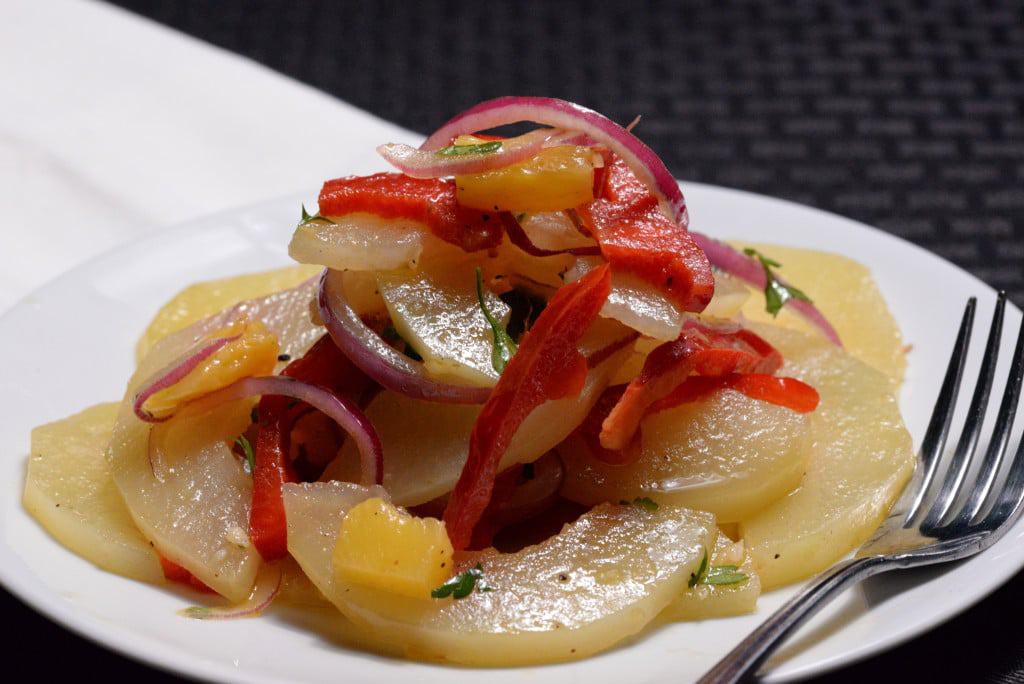 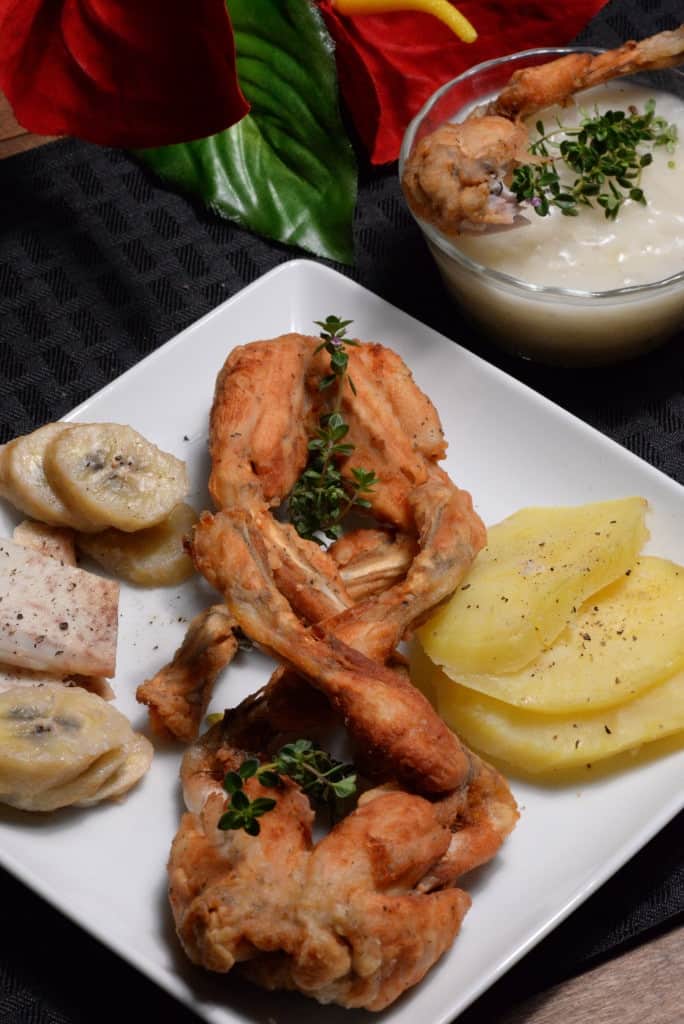 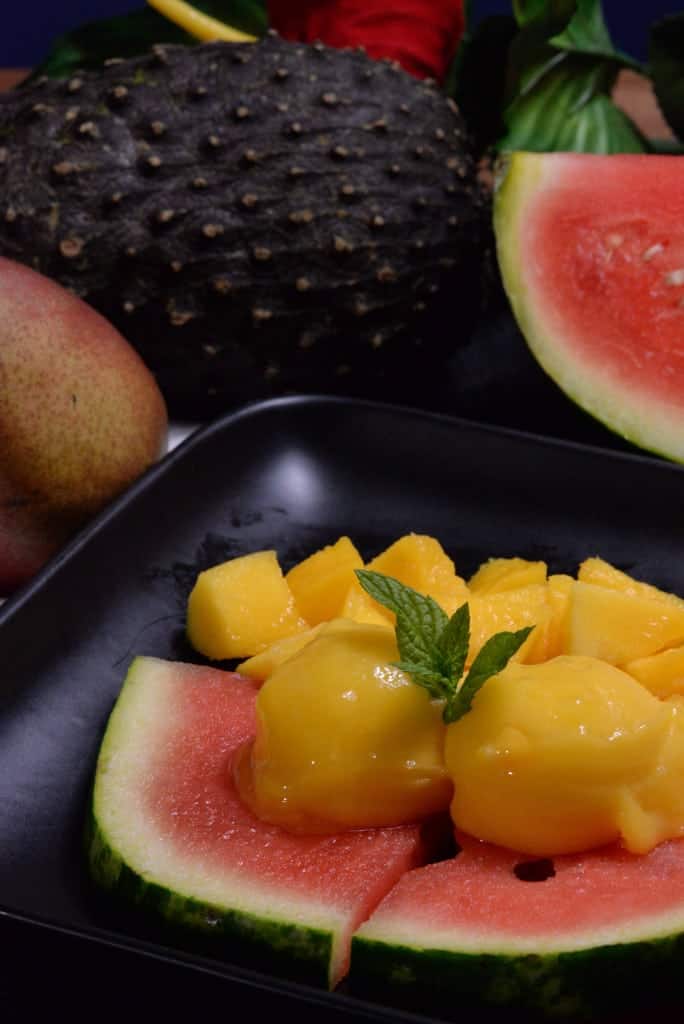 We decorated the table in the colors of Dominica’s flag; green, white, black and yellow. In the center of their flag is a parrot, the Sisserou parrot, a rare species found on Dominica. So we decorated with parrot, yard art, (in honor of their national bird), along with some tropical flowers. We also decorated with bananas and citrus fruits, representing the significance of their agriculture. To set the mood, we put on Creole music that came from their famous World Creole Festival.

We would eat the meal Continental style, as would be customary there. We began our meal with an appetizer, called seasoned fig flats. They call these green plantains, figs, which we first boiled and then seasoned with hot peppers and onions and then lightly fried them. They were light and delicious and served with a refreshing, fresh fruit drink made from watermelon.

For our salad course we enjoyed a tropical paw-paw and pineapple salad. Paw-paw is a green papaya which we cooked until tender. It had a slightly bitter flavor but when lightly dressed and added to sweet pineapple, red peppers and onions, it made for a wonderful combination of flavors.

For the main course, I had to make their Mountain Chicken, to bring attention and awareness to the issue of the endangered Crapaud. Of course I used farm-raised frog legs and the dish had a very distinct French influence and a delicious one. We loved these frog legs, which were served with steamed local produce, plantains, taro and cassava. We also served a white gravy as the perfect dipping sauce for the frog legs. As rumored, frog legs do taste similar to chicken (although I would argue better) but hence the name, Mountain Chicken.

Lastly was dessert; a lovely mango sorbet served with fresh watermelon, pear and soursop. As it turns out, soursop, a prehistoric looking fruit that packs an incredibly healthy punch, may even be a cure for cancer. Once opened it has a delicious but sour, white fleshly pulp that can be scooped out with a spoon (just make sure not to eat the big black seeds.)

We sat back and wondered if soursop was the reason Dominica has such a large percentage of centennials on the island. Certainly the terrain has something to do with it as well. Walking is the norm there. Although they do have cars and drive on the left, the roads can be very dangerous, with steep drop-offs. If visiting there it is not recommended to rent a car. We did, however, rent a couple movies; the 2nd and 3rd, Pirates of the Caribbean, “Dead Man’s Chest” and “At World’s End.” Many beautiful scenes in the movies were filmed in Dominica.

As we say goodbye to this tiny little island nation called Dominica we do so with a few creole proverbs highlighting the importance of the Crapaud; a national icon.

“Kwapo di se mannye I asiz ki fe tout fanm enmen’y” which translates to “Crapaud says that it’s because of the way he sits, that’s why all women love him.”
And another:
“Se’lanng kwapo ki twayi kwapo” meaning, “It’s Crapaud’s tongue (croaking) that sold him out.”