“Shqipëri” which means “Land of the eagles” is what the Albanians call their country. The culinary influence comes from their occupiers, mainly the Turks, Greeks and Italians. It is part of the Balkans and has what is considered a Mediterranean cuisine. Featured herbs such as mint, oregano, basil, rosemary and black pepper flavor many of the dishes, and of course, garlic.

Located on the Adriatic Sea, it neighbors, Greece, Macedonia, Kosovo, and Montenegro. Albania is considered to be the poorest country in Europe. They were under communist dictatorship for fifty years up until 1991. The Ottoman Empire ruled there earlier for nearly five centuries.

Muslim is the main religion in Albania comprising 70% of the population. However, Albanian Orthodox also exists to the South and Roman Catholics to the North.

The official language is Albanian which emerged from the two main dialects, Gheg and Tosk. Greek is also spoken. Albanians trace their roots to an ancient people called lllyrians, from 1000AD.

Albanians have a deep tradition of honoring guests in their homes that continues to this day. In fact, if you are invited into the home of an Albanian, they will likely spend nearly a month’s worth of wages to make a feast for you; even going hungry once you leave to make sure you were properly fed. Just reflect on that for a moment. I find it soul stirring that the people of what is considered the poorest country in Europe are also known as the most hospitable.

I found a story that touched me as I searched for the menu to represent Albania.

An Albanian who was caught for wrongdoing by the Pasha in the city of Shkodra was to be executed for his crime. When the executor was about to chop off his head, the Pasha decided to first humiliate the Albanian in front of the onlookers. “Tell me” said he, “have you ever been in a position like this before?”

“Yes. Twice,” answered the Albanian, surprising all that were there.

“When?” the Pasha insisted.

“Twice, I have had guests in my home and I didn’t have enough food for them. They went to bed hungry” answered the Albanian, tears rolling from his eyes.

The Pasha was so touched by this expression of humility, that he spared the Albanian’s life.

Nearly every region of Albania features its own culinary specialties and traditions. Lamb, beef, chicken and rabbit are used heavily in dishes over most of the country. Vegetables are grown locally and can be purchased fresh daily at the farmer’s markets. The main meal of the day for Albanians is lunch, which usually consists of slow cooked meats and a fresh salad. Their salads, made from fresh local vegetables, are lightly dressed with olive oil, vinegar and salt. Olive oil and butter are also commonly used in the cooking of the meals.

Bread is a staple on the Albanian table and is most often a corn bread called Bukë misri. The expression for going to eat a meal in Albanian is “për të ngrënë bukë” which literally means, “going to eat bread”.

So let’s go…… to Albania 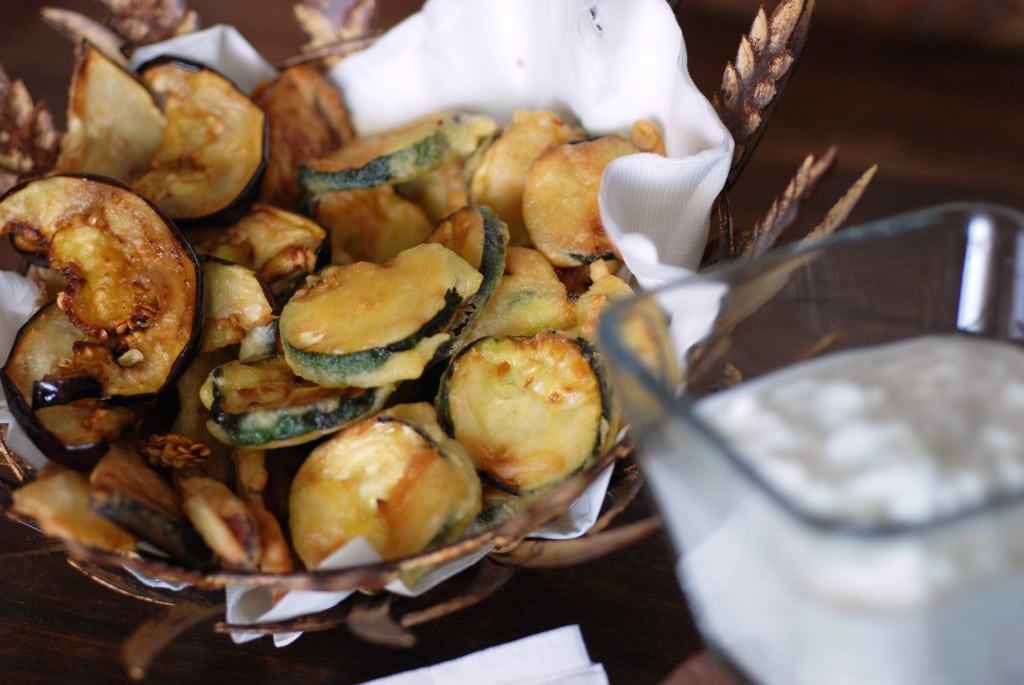 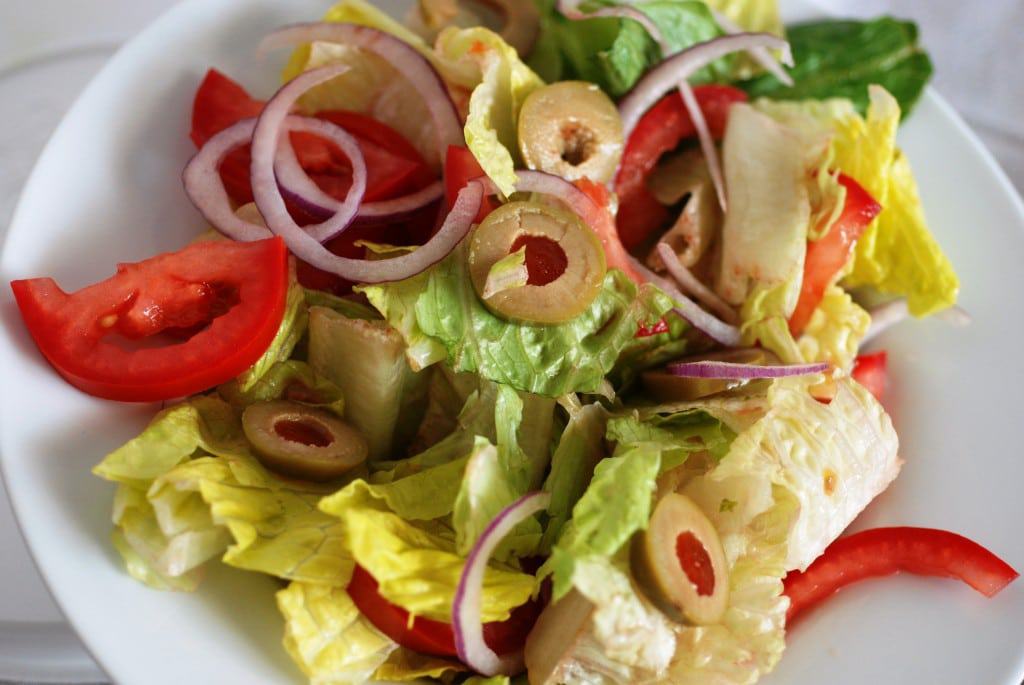 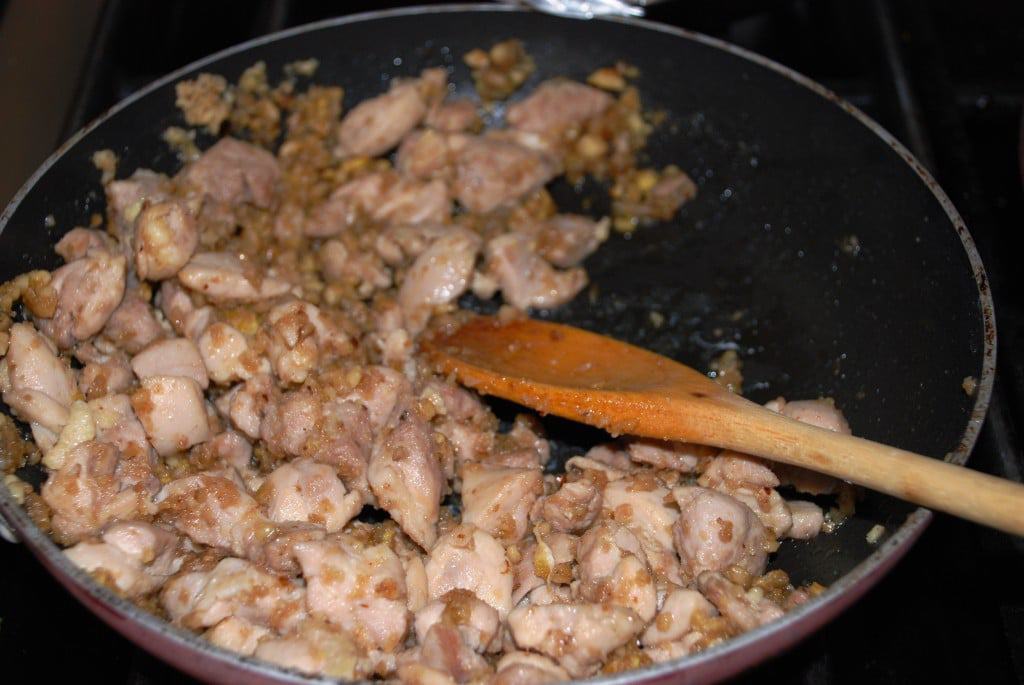 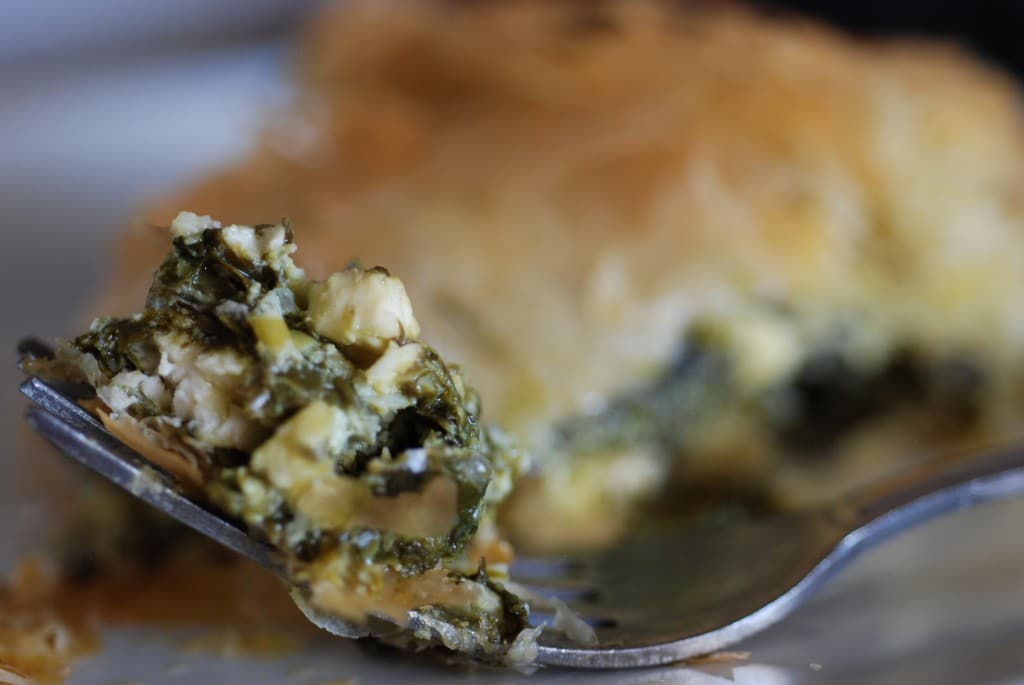 The colors of the Albanian flag, (red and black) were used to set the table. Red poppies, (their national flower) were generously appointed around the table. As we sat down to feast, we said, ”T’boftë mire” simply, “Bon Appetit” in Albanian. We ate Continental style, as is the tradition in Albania, with our fork in the left hand and knife in the right.

We began our meal with a delicious appetizer of fried eggplant and zucchini, dipping it in the creamy cucumber yogurt sauce. We toasted each other with Raki, a grape brandy, the national drink of Albania. We also had some mineral water on hand, the most preferred non-alcoholic drink there. We then enjoyed the refreshingly simple green salad, lightly dressed with olive oil, vinegar and salt.

For our main course, we served two dishes. The first, chicken with walnuts, was tender and juicy. The walnuts added a lovely nutty flavor and texture to the dish. The other was a spinach pie. For this dish, we were able to use the freshest of ingredients right from our own garden. It felt just like going to the local farmers market in Albania. I am sure I could use a lesson or two on working with Phyllo dough. The spinach pie was delicious but just not the prettiest thing I have made. (Note to self, please find a you-tube video on how to properly create the edge of the pie!) When I learn, of course I will share.

Finally, the dessert; Revani. This was likely one of the memorable and beautiful desserts I’ve personally made. It was an absolutely scrumptious cake that looked as amazing as it tasted! So to this meal from Albania we must raise our glass of Raki and say, “Gëzuar” ….. Cheers!