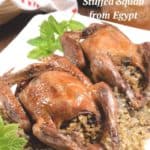 Egyptian Hamam Mahshi or stuffed squab have been served for centuries.  Squab is a small pigeon that is loved by many cultures including the Egyptians.  It is not uncommon to see mud brick lofts which house the birds on the roofs all along the Nile. The birds were stuffed with a interesting grain called freekeh which is a cracked green wheat that has a unique flavor almost nutty. (I found that at my local middle eastern store. Bulgur or rice could also be used.  If you would like to order some freekeh you can pick some up here 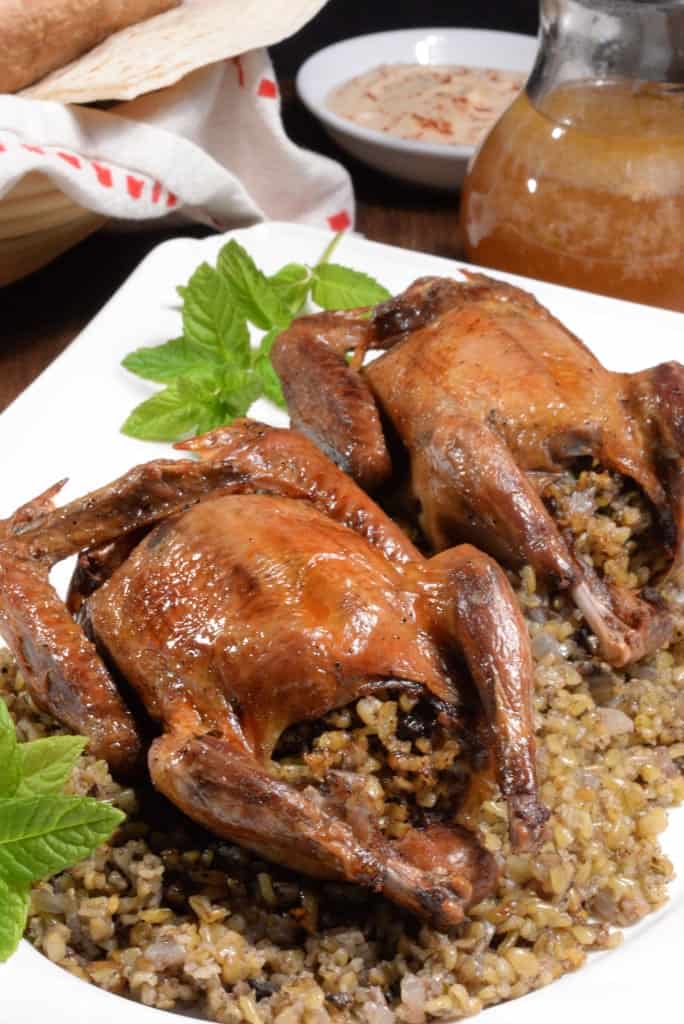 The Egyptian squab is a delicious dark meat bird, care should be taken not to overcook it. (I actually found the squab in my local Asian market in the freezer section.) Also, I added mine to my deep fryer for just a minute to crisp up the skin, it is not a necessary step, it could be done under the broiler as well. The crispy skin however, was outstanding. Known to be served on wedding nights as it is considered a delicacy and an aphrodisiac, enjoy! 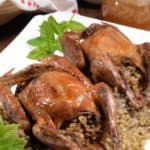