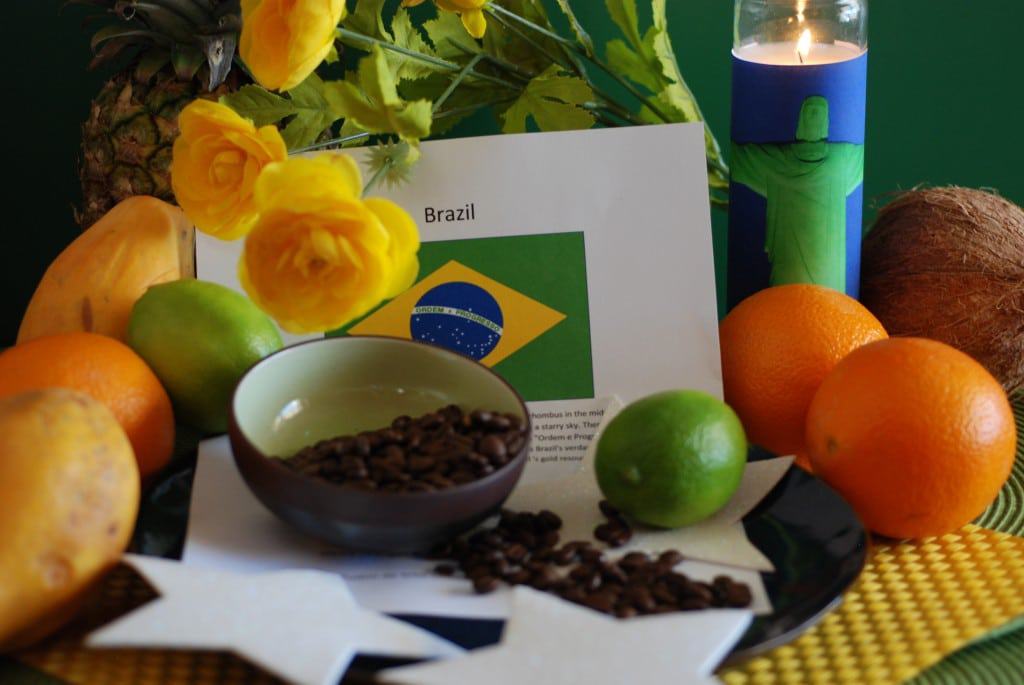 The name Brazil means “red ember” and originated from Pau brasil or Brazil wood. This tree grows abundantly along the coast line and is known for a deep red dye it produces. Brazil wood was highly cherished by European traders who came from Portugal in the 16th century and traded with the Tupa-Guarani Indians. Brazil gained her independence from Portugal in 1822 and has been self-sufficient ever since.

Brazil, the fifth largest country in the world, is located in South America. She borders every country in South America with the exception of Chile and Ecuador and is in fact the largest in South America; covering nearly half of the entire continent. Divided into regions, she is a land rich in natural resources. It is these resources that have carved out her history: timber in the 16th century, sugarcane in the 16th and 17th centuries, gold and gems in the 18th century and coffee in the 19th and 20th centuries. Today Brazil grows about 40 percent of the world’s coffee.

A true melting pot of nationalities, Brazil is one of the most varied and diverse countries in the world. This is a result of centuries of European domination as well as the introduction of the slave trade. Millions of Africans were brought to Brazil to work the huge plantations, which directly impacted the local culture. The official language in Brazil is Portuguese. She is the only nation which speaks Portuguese in South America.

When thinking about Brazil, there are some distinct images that come to mind, such as the giant statue of “Christ the Redeemer”, which overlooks the city of Rio de Janeiro. Currently listed as one of the seven man-made wonders of the world, the statue was built atop the Corcovado Mountain and was constructed between 1922 and 1931. It is made of 635 tons of reinforced concrete and sandstone and stands 130 feet tall. It is constantly undergoing restoration due to damage by frequent lightning strikes. What an experience it would be to see a flash of lightening illuminate such a formidable structure. This is a very fitting monument for Brazil, with her largely Catholic population.

Another image is “Carnival”, the four day festival held just before Lent. It takes place on the Friday thru Tuesday before Ash Wednesday. Although this occasion is celebrated in many places, there is nowhere like Rio de Janeiro to experience Carnival. More than two million revelers come to drink in Carnival. Samba schools, which are huge neighborhood gatherings of sometimes 4000+ people, come to compete in the parade with their music, dance, singing and amazing colorful and flamboyant costumes. It is truly a four day party like none other in the world.

And then there is the Amazon. This river is the world’s largest by volume, with over half of it flowing through Brazil. It is considered the second longest (4,000 miles long), next to the Nile and the world's widest river (6 miles to 30 miles wide, depending on the season). The tropical forest and river basin comprise over 2 million square miles. Back in the 16th Century an explorer by the name of Francisco de Orellano, was the first European to travel the entire Amazon River. He was intrigued by the Indian women warriors who lived along the banks of the river and called them “Amazons.” The biodiversity of the Amazon is unbelievable, with one-third of all known species on earth residing there. It has over 3,000 species of fish including the dreaded, flesh eating, Piranha and is home to the world's largest snake, the Anaconda. With all of this biodiversity, one can only imagine what medicinal wonders might reside in the exotic plant life and what tropical fruit flavors exist that have never yet been tasted. It is deservedly known as,“ The Land of Plenty.”

Of course, Iguazu Falls is another amazing tourist destination and an UNESCO world heritage site, on both the Argentinean and the Brazilian side. My sister recently visited these amazing falls (which Eleanor Roosevelt said made Niagara Falls look like a faucet) and on the Brazilian side, there is a huge cliff with waters cascading down the rocks some 150 feet. The roar of the falls is deafening and the cool mist refreshes you as you watch birds of prey get fooled by the the smaller birds, known as the Great Dusky Swifts. When they are pursued, they dive right into the full force of the falls and somehow stop before they hit the rock wall behind it. There, they find their nests and safe harbor from their predators. (Pretty clever.) The Brazilian side of Iguazu Falls is also an optimal site to view Garganta do Diablo (the Devil's Throat), which looks like a grand precipice of converging rivers flowing down into hell.

As I looked into the cuisine of this amazing country, there were many delicious and exotic choices. The cuisine varies greatly by region, for example Bahia is influenced by a mix of African and Portuguese cuisines, where chili and palm oil are very common. In the north, with the forest and freshwater rivers, fish and cassava are the staples. In the Deep South, the churrasco, a special kind of barbeque built on gaucho traditions, are most popular. In the end, I felt the national dish called Feijoada, a black bean and pork stew, would be the perfect choice. I think it clearly demonstrates the ethnic mix of this beautiful country; influences that have enriched her with native and immigrant history.
So here we go…..Brazil 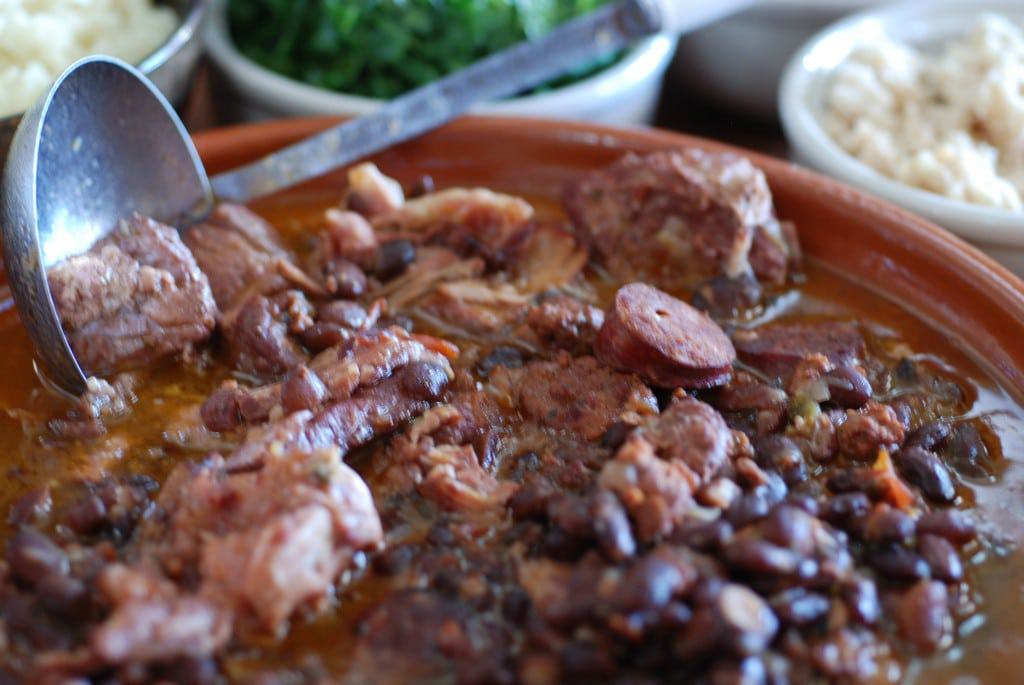 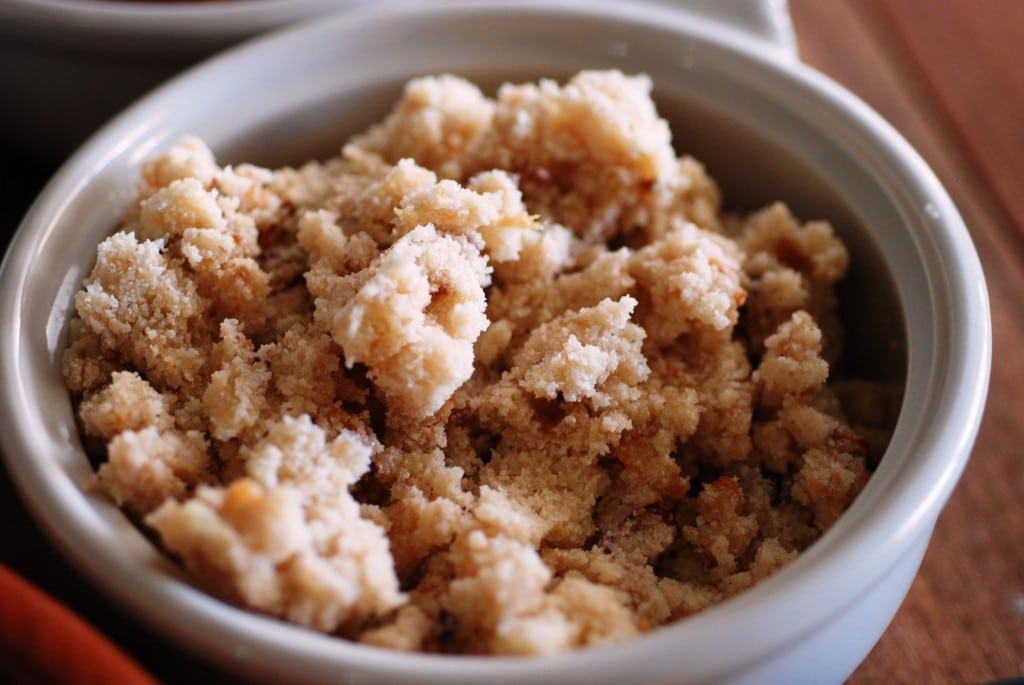 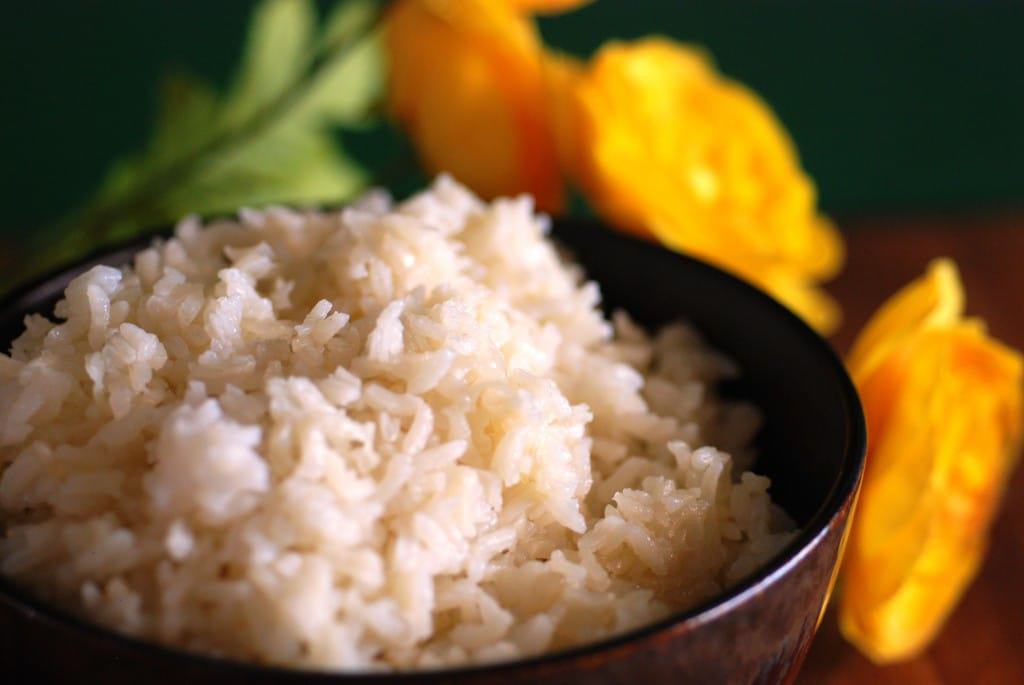 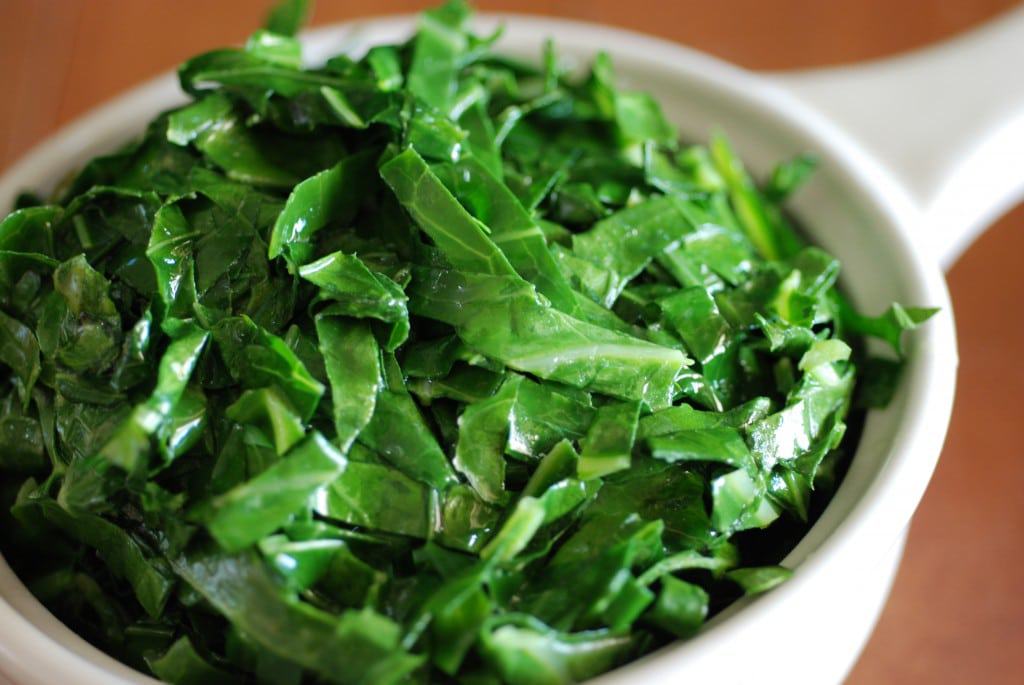 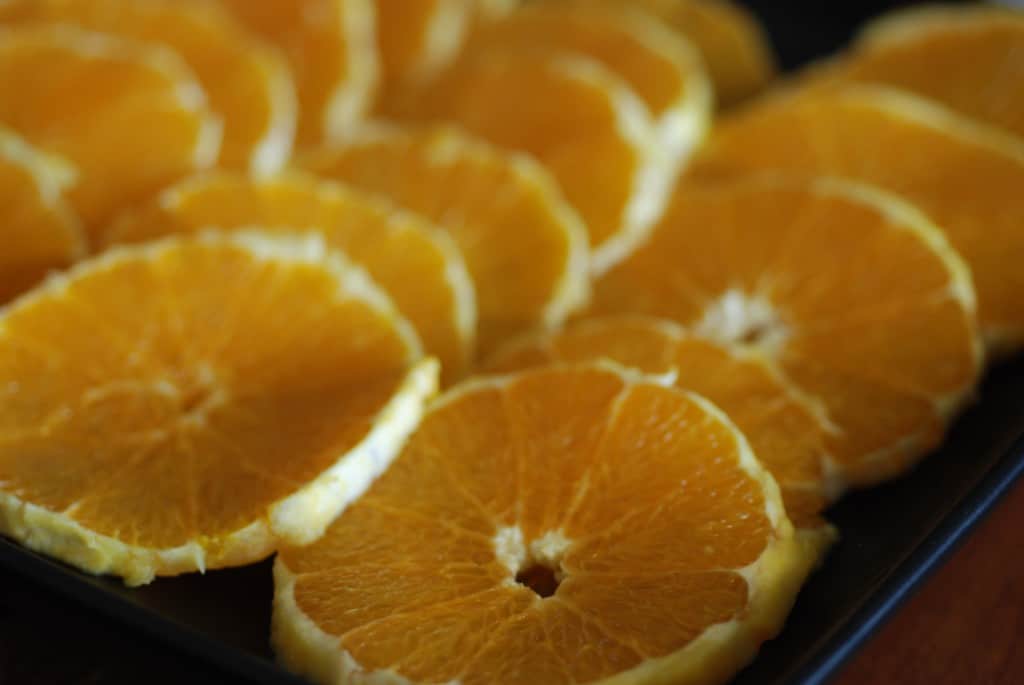 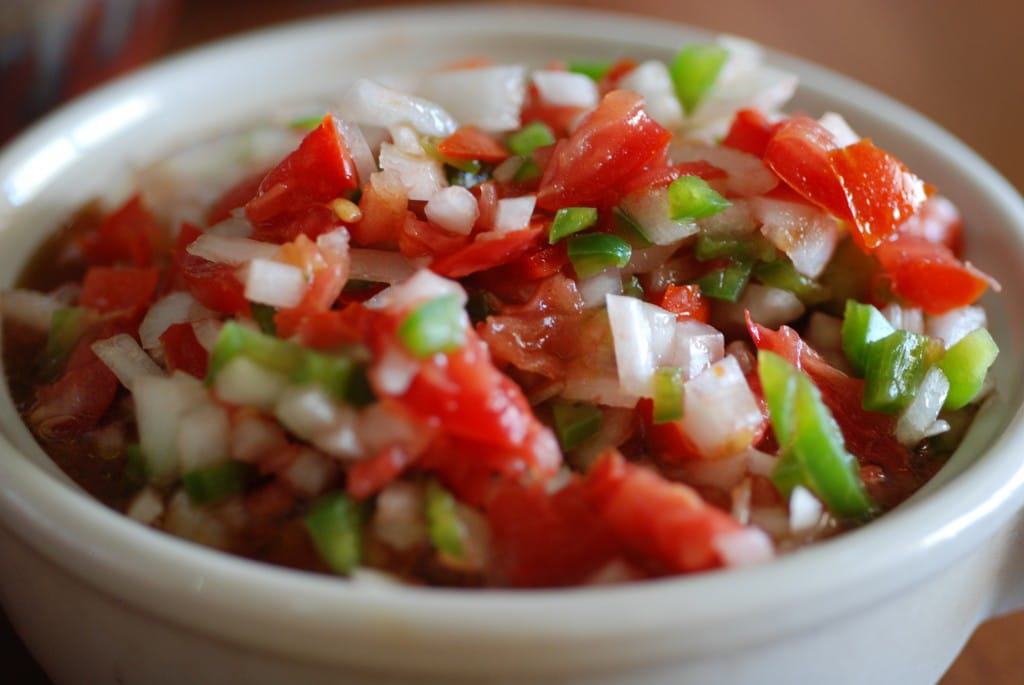 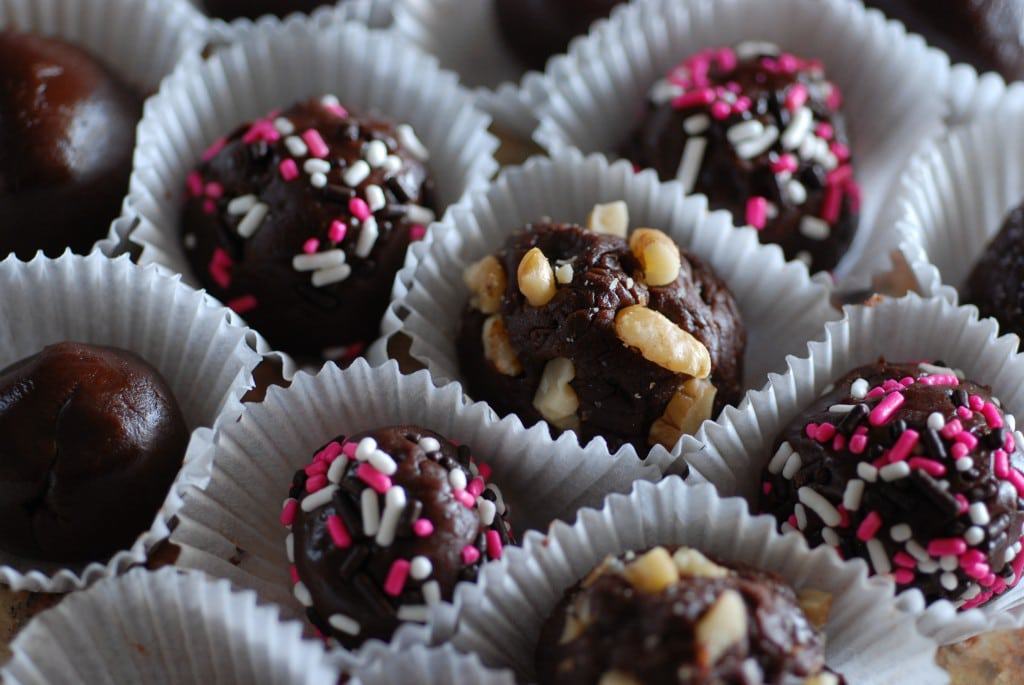 We decorated the table with tropical fruits; coconut, papaya, oranges and added a bowl overflowing with coffee beans (their best export.) We lit candles adorned with images of Christ the Redeemer. We displayed the colors of the Brazilian flag for the table scape; yellow, green and blue. We turned on the stereo with “ The Girl from Ipanema,” to jump start a Brazilian mood. Soft Samba music serenaded us the rest of the meal. We ate continental style as would be customary, (fork in the left hand and knife in the right.)

We did not start with an appetizer for this meal as there was so much food for the main and sides, but if I was, I would have made Pao de Queijo, a Brazilian cheese bread in the shape of a ball that is loved all over Brazil.

For the main course we had the most delicious black bean and pork stew. This takes the better part of a day to make, but is it ever worth it; absolutely amazing. This main dish was served with many different sides: sliced oranges (a lovely citrus addition), along with Brazilian rice (flavored with onion), gently sauteed collard greens and Molho apiementado, a wonderful Brazilian hot sauce. Of course, we cannot forget the Farofa, a skillet toasted manioc flour that adds a wonderful kind of grittiness to the whole meal. In Brazil they put Farofa on just about everything.

For dessert, we enjoyed a little chocolate, sprinkled treat, similar to a Bon-bon, made and served for every Brazilian special occasion. These nuggets of pleasure are called Brigadeiro and pair perfectly with a robust cup of Brazilian coffee.

There is something very erotic and exotic about this country Brazil. Perhaps it is the friendly and free-spirited people with a zest for life, who like to be close and touching all the time. Perhaps it is the soulful beat of Samba that provides a hypnotic rhythm to move to, or perhaps it’s the national drink called Caipirinha (pronounced “cap-reen-yah”), made with lime and sugar, blended together with cachaça (alcohol from sugarcane) and served over ice (a most popular and intoxicating beverage.) Perhaps it is the tradition of clapping just when the sun sets, saying thanks for another beautiful day,. Perhaps it is all of the above.

As we leave this wonderful place called Brazil, I say, “Saúde” (pronounced Saw-OO-de), which means “Cheers” in Portuguese. I am headed off to kick around a soccer ball in honor of this country. They have won the world cup five times; this is more than any other country in the world. Not to mention, it wouldn’t hurt to work off some of that rich and delicious Feijoada.

Until next week,
Tchau (goodbye, pronounced like the Italian ciao)
Darlene