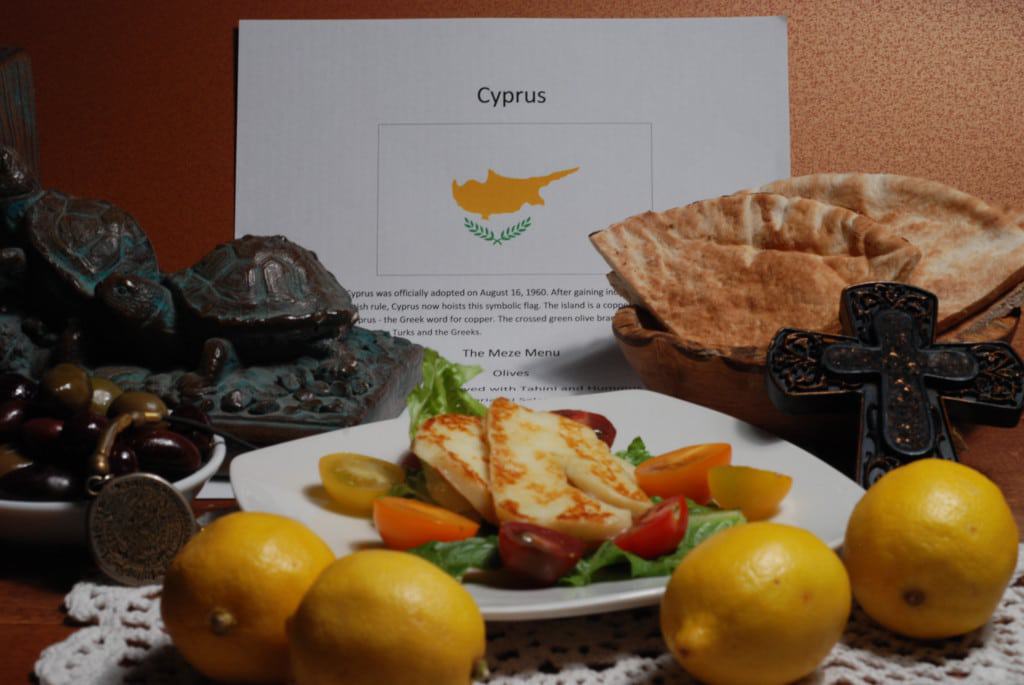 Cyprus is known as the “the playground of the gods.” The Greek goddess, Aphrodite, is said to have risen from the ocean’s foam near the shore of Paphos. The name “Cyprus”, is an ancient word meaning copper. Cyprus was one of the wealthiest nations in the known world during the Copper and Bronze ages, when the island’s rich copper resource was exported to other countries. An island nation, she is located in the Mediterranean, just south of Turkey, west of Syria and Lebanon, north of Egypt and East of Greece.

An island in the crossroads of Europe, Africa and the Middle East, her strategic position and natural wealth attracted many empires over the centuries. All of them left their mark on the island’s culture, however it was the Greeks’ influence which took a strong hold. The island gained independence from Britain after a century of colonial rule in 1960. Today the island is divided, with Turk Cypriots living in the north, in a self-declared area called the Republic of Northern Cyprus.

The majority of the population, 85 percent, are Greek Cypriots who live in the south. The only people in the world that acknowledge the northern population are the Turks. The rest of the world considers their presence an invasion and since 1974 they have not been recognized.

Cyprus was part of the Ottoman Empire from 1571 to 1878 and had a Turkish minority of 18 percent of the population before independence. Today the Turkish population is 12 percent. Cyprus has the only capital in the world that is split and they call it the United Nations’ buffer zone, a line someone drew on a map in green ink. The majority of the Turks in the north are Sunni Muslims and the Greek Cypriots are mostly Christian Orthodox.

Archeological evidence suggests that people lived on the island ten thousand years ago. There are three UNESCO world heritage sites on Cyprus: Paphos (archeological and mosaic sites), the painted churches in the Troodos Region and the Neolithic settlement of Choirkoitia, one of the most important prehistoric sites in all of Europe. There is major concern about the state of artifacts from the ancient sites in the north, as some items have been found on the auction block in other countries.

The climate there is Mediterranean with 340 sunny days per year and an average temperature of 86 degrees F. Cyprus is one of the few places in the world where in the winter you can go to the pine covered mountains of Troodos to ski and then bask in the sun on a beautiful beach an hour later.

Cyprus is a nature lover’s paradise. Cyprus is one of the few places on earth where the green and loggerhead turtles nest. It is also home to the mufflon; a wild sheep that is only found on the Island of Cyprus. Every autumn about 10,000 greater flamingos stop by to feed on the salt lakes along their migration route south. These are just a few of the reasons why tourism is their number one economic industry. The other major industry is food production, especially citrus fruits and vegetables, (they are world renown for their potatoes.) They also produce dairy products, wine and of course copper.

Speaking of wine, Commandaria, is a sweet, red wine produced there and reputed to be the oldest wine in the world. However, the national drink is called a brandy sour. It is believed that this drink was concocted in the early 1930s for the young King Farouk of Egypt. It was created as an alcoholic beverage, disguised to be iced tea, for the Muslim Monarchs with a preference for a cocktail, just so long as no one suspected. To make one, you need: 2 parts Cyprus brandy, 1 part lemon squash, 2-4 drops of bitters, top it off with carbonated water and serve it on the rocks. The Cyprus brandy has a unique caramel flavor, for which it is famous.

Cyprus is a unique blend of old and new. The villages maintain their charm and allure, yet there are modern buildings where state of the art apartments and shopping can be found. The Greeks have a word, “kopiaste” which means welcome, come in and join us. The Cypriots consider a visit to their island an honor and as such they will go out of their way to show you their hospitality.

One of the best ways to show their hospitality is through food. They have what are called the “meze” which is short for mezedes, which means “little delicacies.” Meze are typically served over the course of several hours and consist of many variations, sometimes up to 30. You can order an assortment of seafood, meat, cheese, vegetable meze or any combination thereof. In other countries, meze is typically served as an appetizer, but not here. It will be the complete meal and will consist of lots of enticing food, so you’ll need to bring a very healthy appetite.

The cuisine is a fusion of all the cultures that came before them and the influence of their neighbors, especially the Greeks. The typical meze begins with pita bread, olives and dips. (All the dips I made from scratch, but you can certainly purchase them and save yourself some time.) So let’s kick back and enjoy a traditional Cyprus Meze. 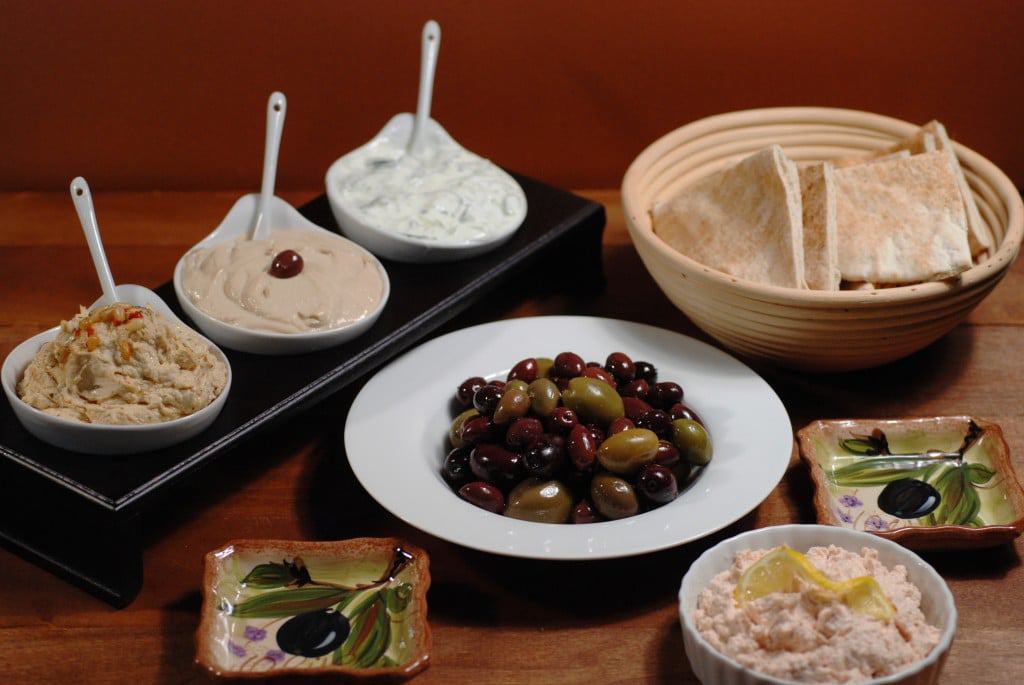 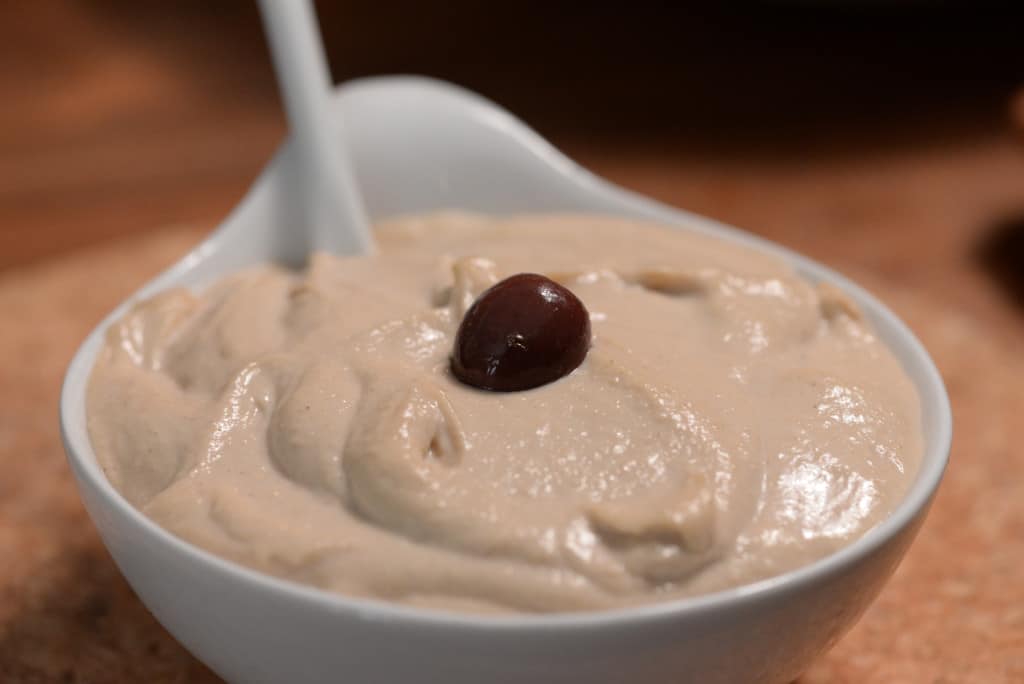 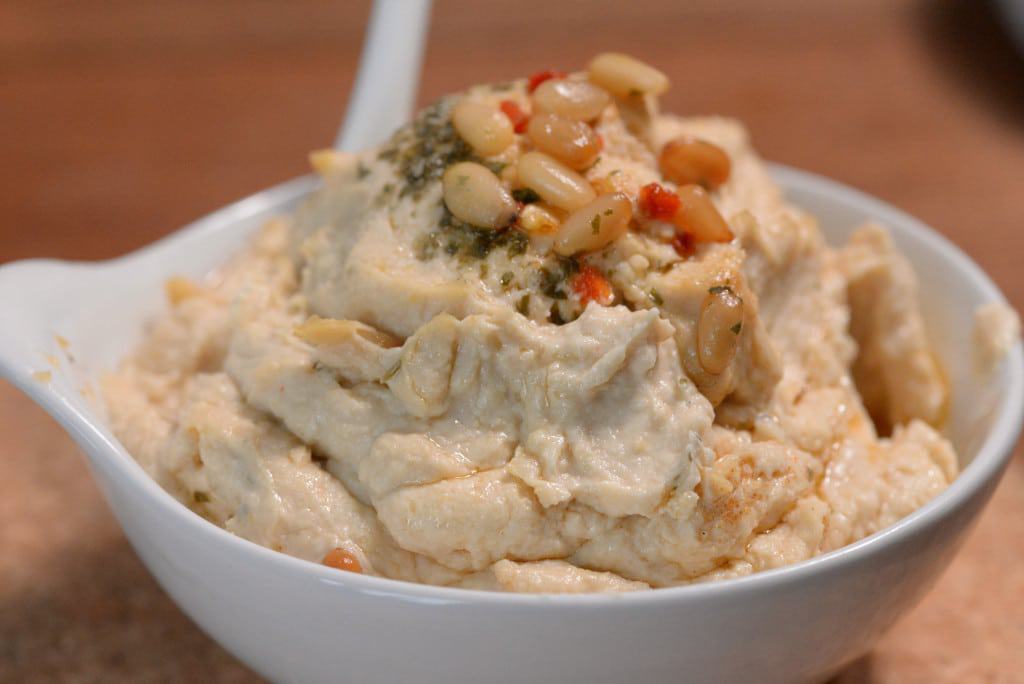 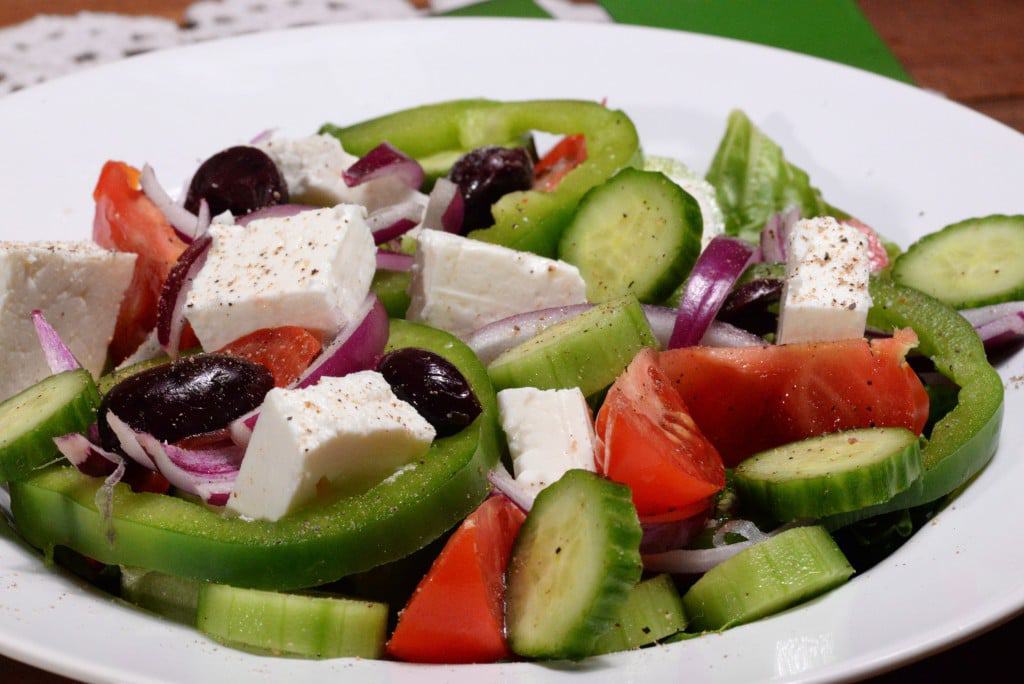 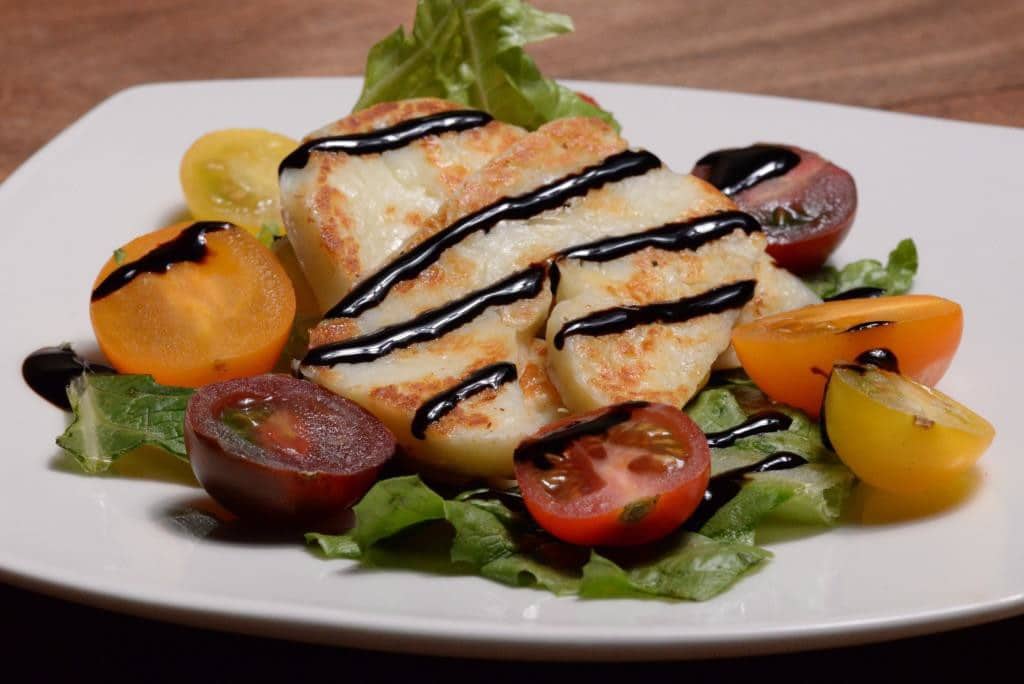 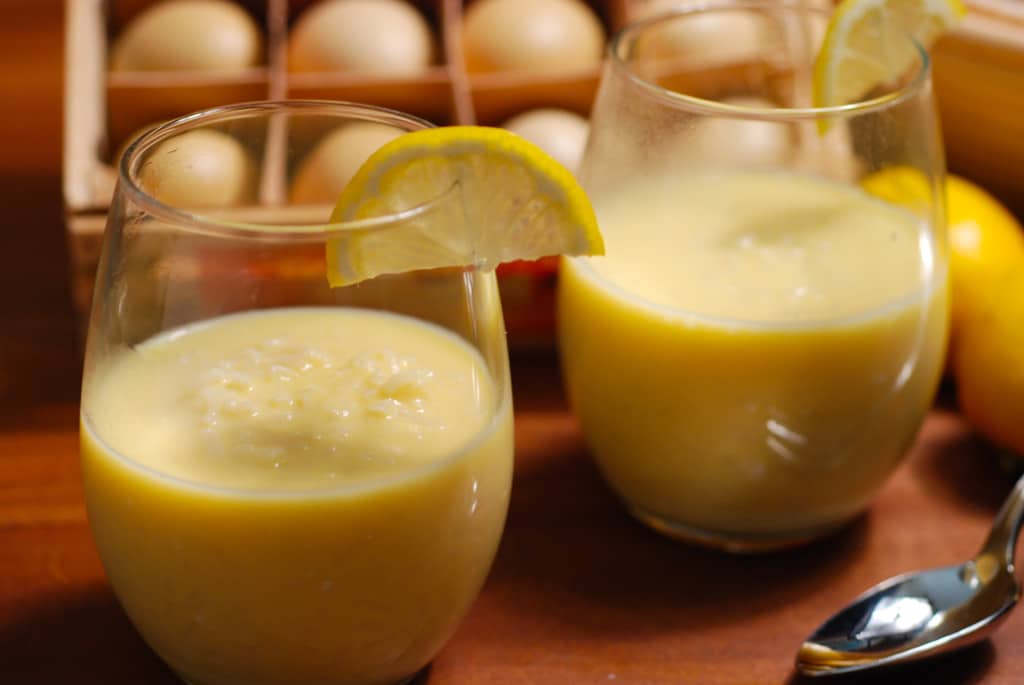 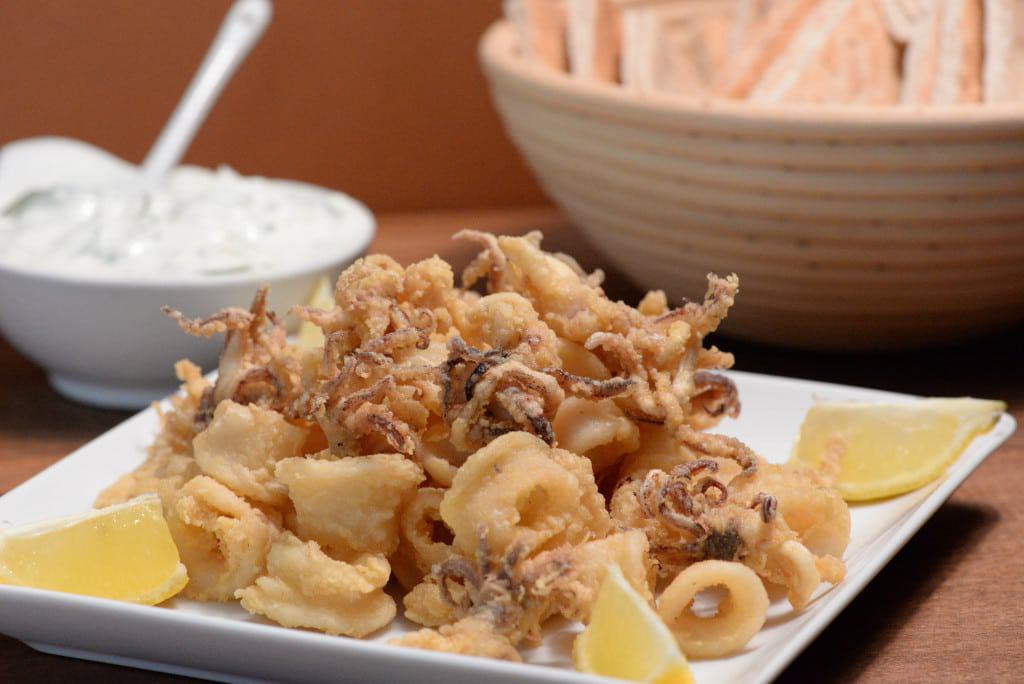 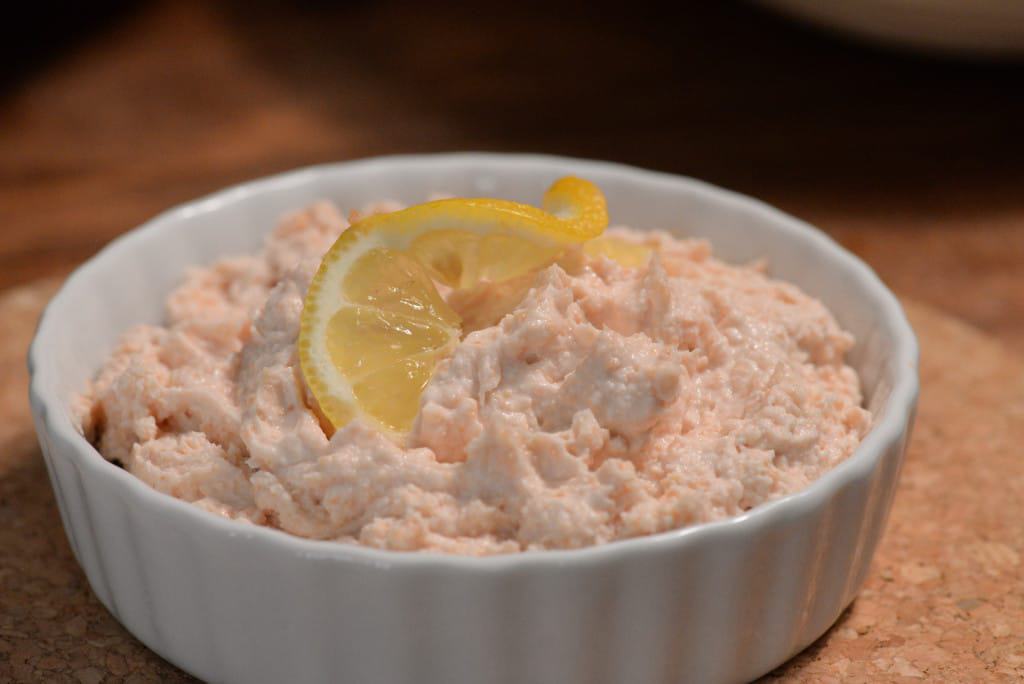 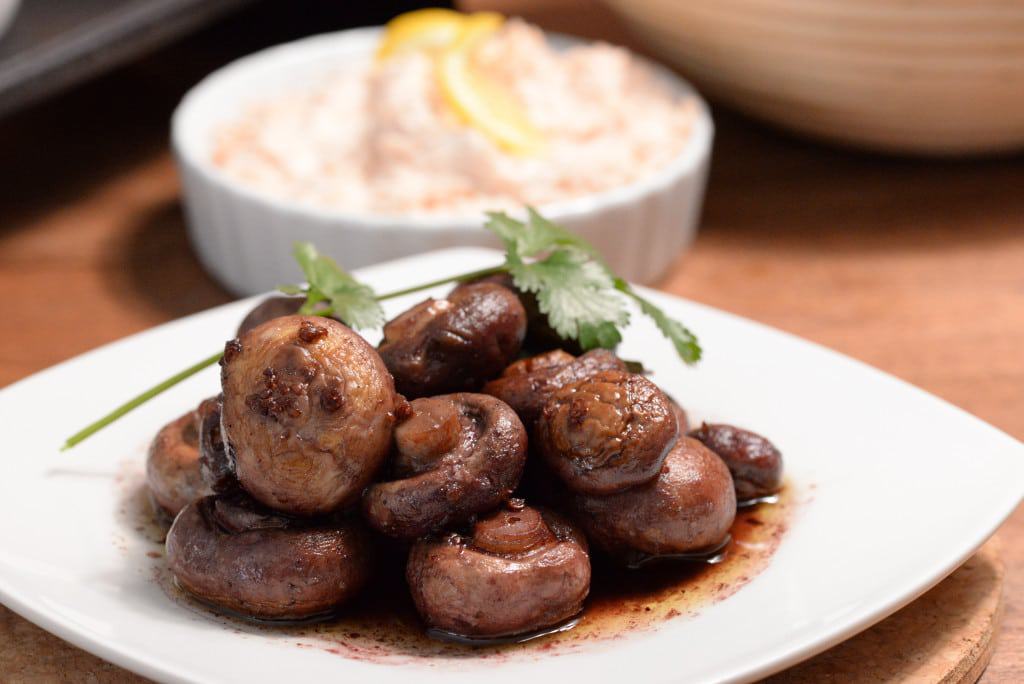 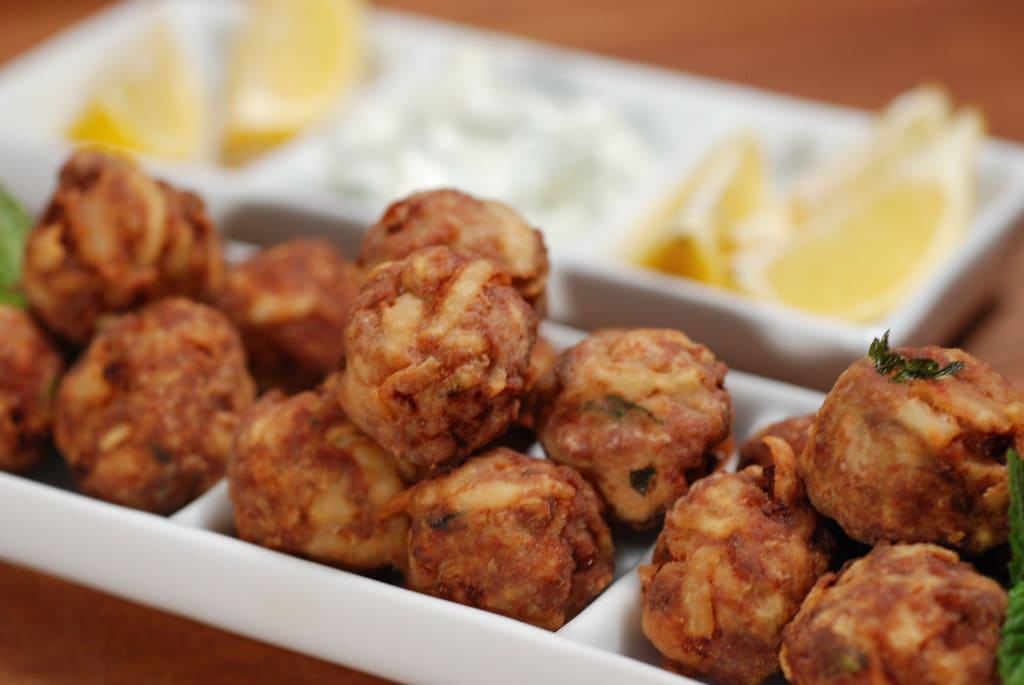 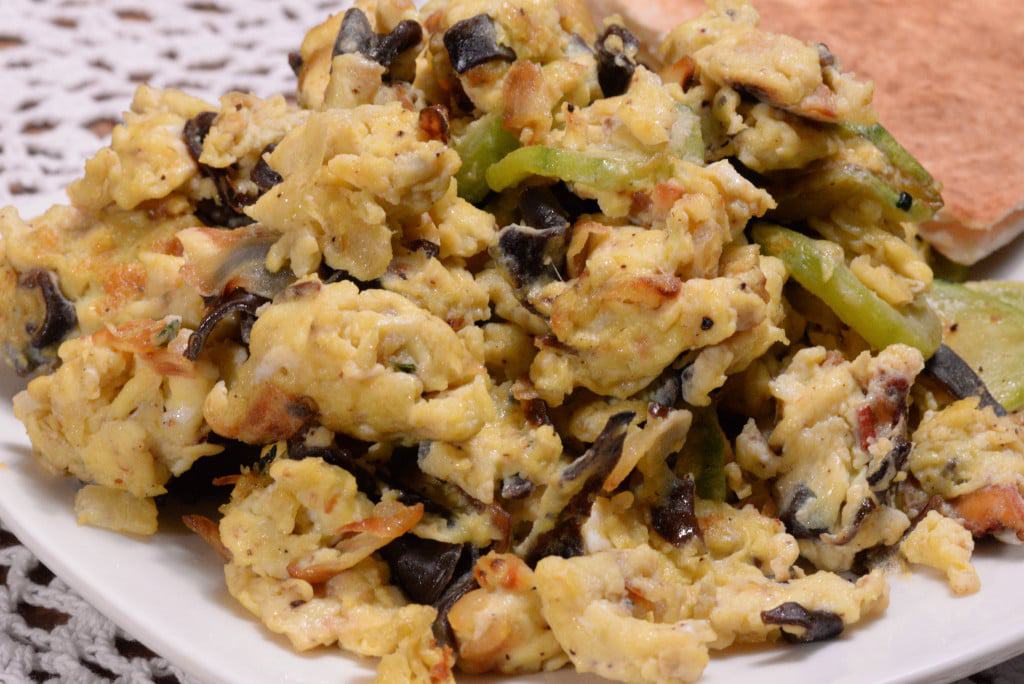 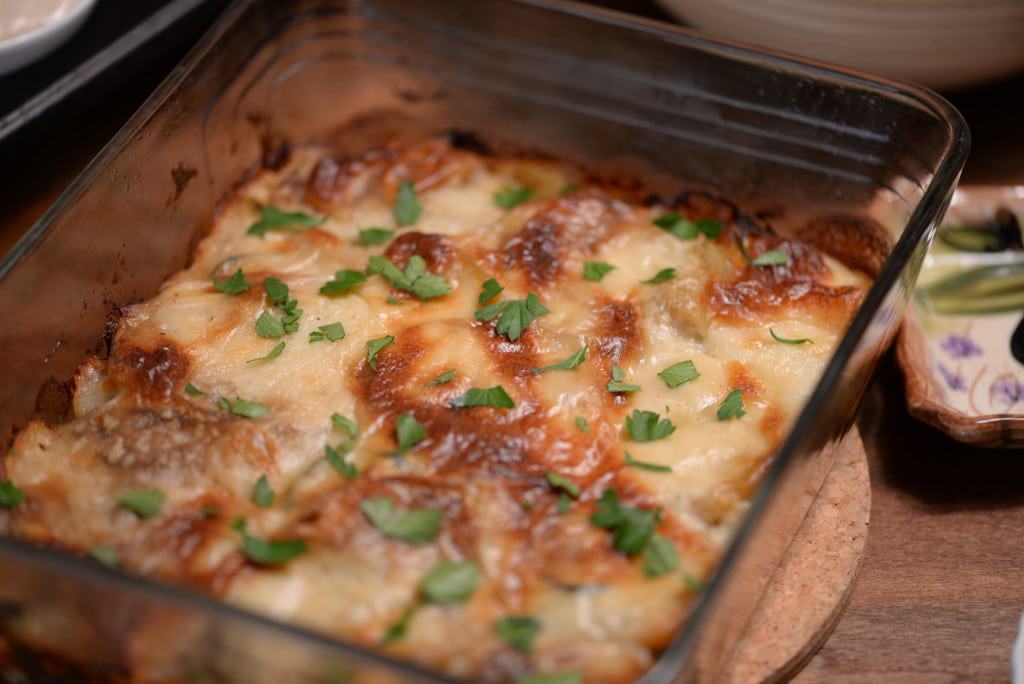 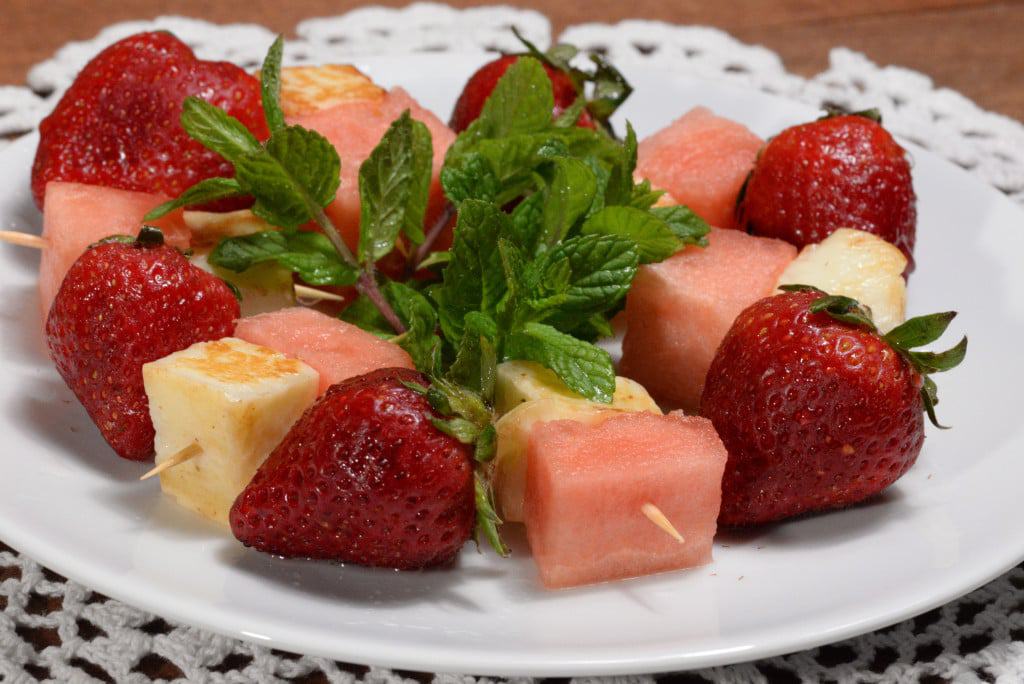 We decorated our table with lace, as they are distinguished for a special design, called Lefkaraitika, made in the village of Lefkara. Olive branches were placed as a sign of peace and are also displayed on their flag. We ate continental style, which is proper there.

We started with a toast “Ya’mas”, which means “Cheers” in Greek. The meze meal began with the assortment of dips, olives and pita bread. I loved each dip but knowing what was ahead, we just had a taste of each one.

Then came the village salad. This salad, is what a Greek salad is supposed to be. Everything I read about this salad mentioned that the tomatoes in Cyprus are perfectly delicious. So, make sure you seek out the finest tomatoes possible. The other note is that you should never use feta cheese made from a cow; it must be sheep or goat feta or a combination of the two. I noticed a remarkable difference and vowed to never buy feta made from cow again.

Following the salad in our meze, was their legendary halloumi cheese. This cheese is made from sheep and goat and is one of the things for which Cyprus is very well-known. It is a squeaky cheese (it actually squeaks when you eat it) and you can grill it and it won’t melt. The cheese is a little salty, but in lovely, Mediterranean kind of way. This warm cheese dish was paired with our homegrown, heirloom tomatoes and drizzled with a carob syrup. Carob is another item for which Cyprus is famous. Many use carob as a healthy substitute for chocolate. It has a slightly bitter flavor (some say it is an acquired taste), but paired with the grilled, salty, halloumi cheese, incredibly delicious!

Lemon and egg soup followed. I am not sure that this would typically be served as part of a meze but I wanted to try it, as it is known to be a real comfort food and always came up in my research. It is made with a chicken broth and rice or orzo and then a lemon and egg mixture. I can see how this would be loved if someone was feeling a little under the weather. It is known to be their equivalent of a chicken soup cold remedy.

This next dish you’ll want to serve right out of the fryer, as there is just something wonderful about sizzling calamari. We drizzled it with lemon juice and then dipped it into the cool, creamy cucumber sauce. Heaven!

We decided it was time to take a little break and do some Greek dancing before we continued. Cyprus has many popular music styles but holds a soft spot for traditional Greek music. There is a certain enchantment about moving hand in hand to the rhythm of the Greek beat. As mentioned earlier, this meze meal lasts several hours. It is meant to be enjoyed slowly over good conversation with family and friends and a little dancing certainly provides a great respite.

We were then ready to resume our dining experience. We served a dip made of carp roe, called taramasalata. Salty and savory, it was perfect on pita bread. (Honestly, I could have just had this, with the village salad and been totally satisfied, but the meze beckoned.)

Mushrooms cooked in red wine were served, YUM! They would make a lovely side dish to pretty much anything and we thoroughly enjoyed them with meatballs, called keftedes, which were little bites of goodness. We thought the squeeze of lemon and the dip in the tzatziki was the right way to enjoy them. Oh and any leftovers, make for a wonderful meatball sandwich.
Eggs for dinner? You bet. This Mediterranean scramble had zucchini, mushroom and onion and was awesome.

Now we were stuffed to the gills. So it was time for a walk and to dream about being on one of those beautifully pristine Cyprus beaches where the Goddess of love appears, magically, from the ocean foam.

After our walk and for what would be considered the main course, came the moussaka. It is a casserole made with minced pork and beef, layered between fried eggplant, zucchini and potatoes with a cheesy béchamel sauce baked on the top……. Really this is not a low calorie dish. We only had room for a small bite, which was very tasty, and have thoroughly enjoyed it for leftovers ever since.

Finally for dessert, yes more of that squeaky, halloumi grilled cheese, paired perfectly with a piece of watermelon, for a sweet and salty bite. Fair warning, once you have it, you will crave it, so buyer beware.

As we say goodbye to this beautiful country called Cyprus, we do so with a shot of ouzo (an anise flavored aperitif) and the customary toast, “stin uyeia sou” (steen ee-YEE-ah soo) - to your health! At last, a nap, was definitely in order and as we drifted off, all we could think was…. A”meze”ing.